Digging Into Lots of Scraps :)

Thank you Carol Y. in VA for sending a huge box of scraps my way! There's just something about using someone else's scraps that sets me off in a new direction :) What fun! 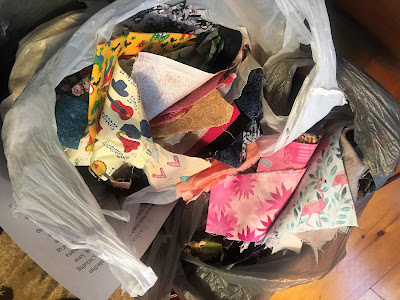 In a big Staples box were three bags of scraps which Carol had accumulated over the past 45 years including some that belonged to her mother. 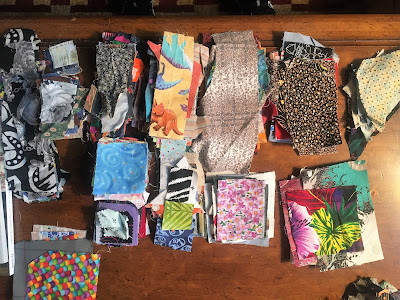 I took the first bag and started sorting shapes and sizes. 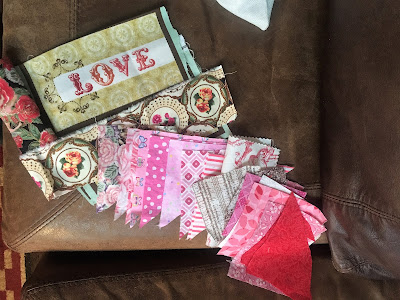 I set aside these pieces as they spoke to me for a possible February mini :) 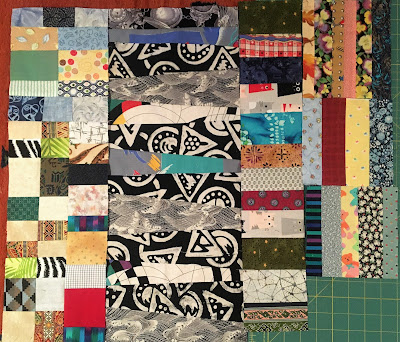 Some small scraps were already pieced together so I started with those and sewed them in a column on the far left. The large black, gray and multi prints were cut in wedge shapes that I sewed together for another column. 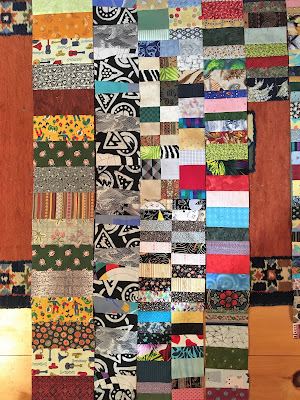 I decided to cut that black column in half and make it twice as long. That's much better. 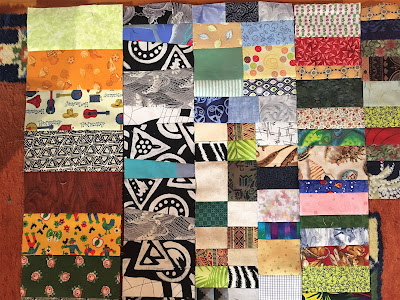 So as I continue to sort, iron, cut and sew, I'm striving for 54" columns that are determined by the width of the scraps. Carol mentioned there are scraps that she overdyed, some are cutaways from a pajama factory, others from clothing that were cut for the fabric. And she also worked in a quilt shop! 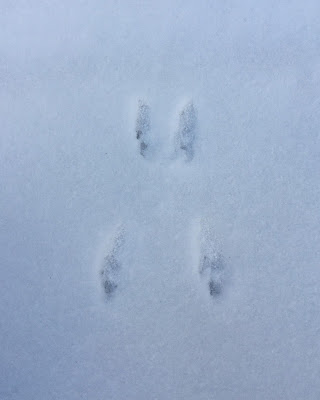 We finally got some snow! Of course, the first thing I noticed were the animal tracks in the driveway. Probably a little squirrel :)