A Passion for Quilts: The Story of Florence Peto

I am very pleased to announce that The Heritage Quilt Project of New Jersey has just published its second book A Passion for Quilts: The Story of Florence Peto which I co-authored with Natalie Hart, Rita Erickson, and Rachel Cochran. In addition, we are very lucky to have a  foreword by Virginia Avery and contributions by Cuesta Benberry, Bets Ramsey, and Merikay Waldvogel. Our first book, New Jersey Quilts 1777-1950: Contributions to an American Tradition, was published in 1992. 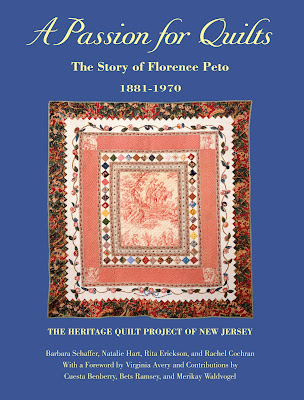 Florence Peto was a quilt collector, quilt historian, and quiltmaker. The quilts she collected and those she made were of such high quality that they became significant parts of museum collections. Florence's enthusiasm for life, thirst for knowledge, and love of quilts led her on a path she might not have expected as a young woman at the end of the nineteenth century. Through books, magazines, lectures, and exhibits, she shared the stories she found in quilts and created a legacy that endures from the twentieth century into the twenty-first century.

Memories of events following 9-11-2001 are recorded in my photo albums. Some pages follow. 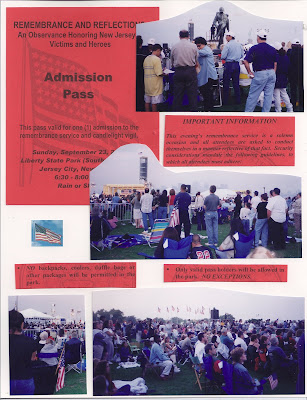 On September 23, 2001 my husband and I went to the "Remembrance & Reflections" ceremony at Liberty State Park. No backpacks, coolers, duffle bags or other packages were allowed. A rose was handed to everyone at the end of the ceremony upon exiting the park. 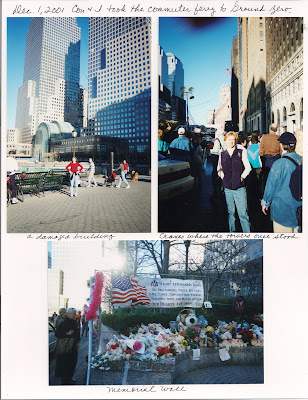 On December 3rd my daughter and I took the commuter ferry from Liberty State Park in NJ to Battery Park in NY. It was a beautiful warm day with temps in the 70s. Who ever heard of flowers blooming in December--in NY? There they were--Black-eyed Susans--to me a sign of hope : )  The photo at the bottom is of a make-shift memorial of stuffed animals. 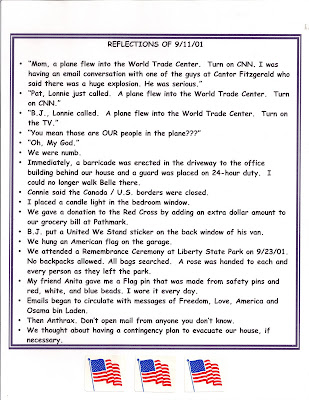 From the time my son called on the day of the attack about "an explosion" at the World Trade Center to thoughts of making plans to evacuate our house, if necessary, much happened between 2001 and 2002. 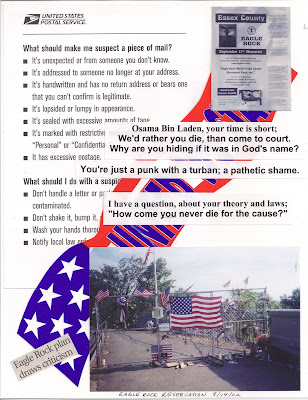 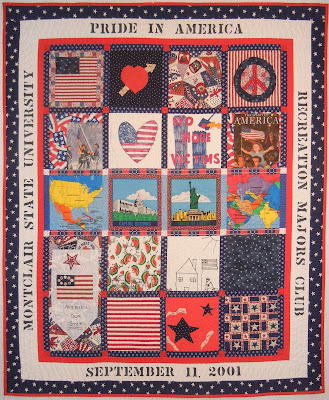 The "Pride in America" quilt I assembled from blocks made by members of the Recreation Majors Club at Montclair State University. The project was initiated by my husband who was teaching at MSU. 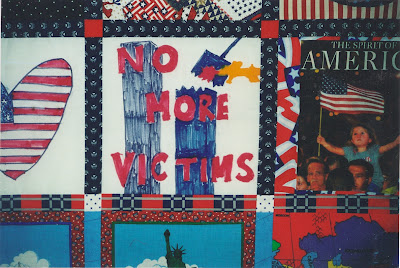 A detail of several blocks made by students. 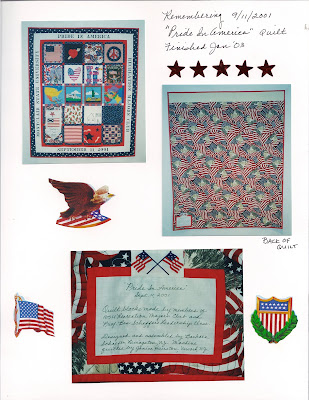 Q
The page in my album of the front, back, and label of "Pride in America." 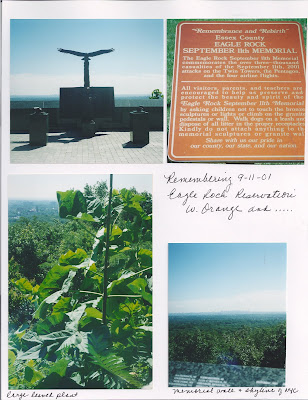 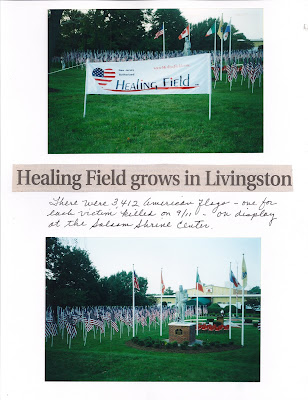 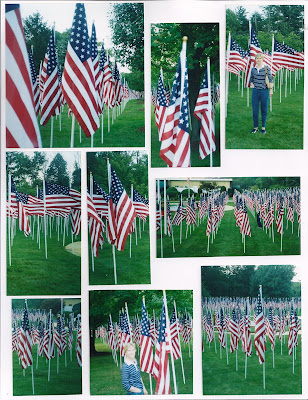 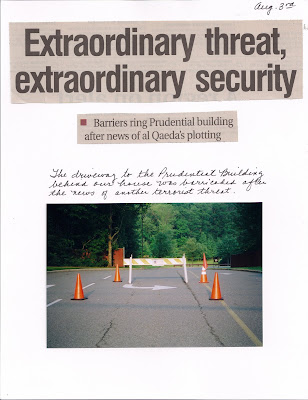 In August 2004 there was another terror threat and the entrance to the Prudential complex behind our house was barricaded. 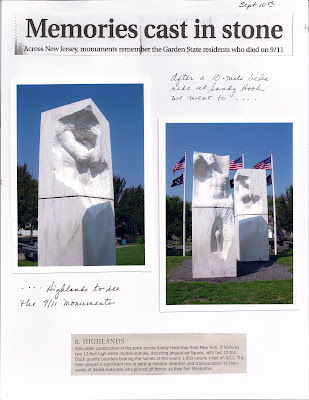 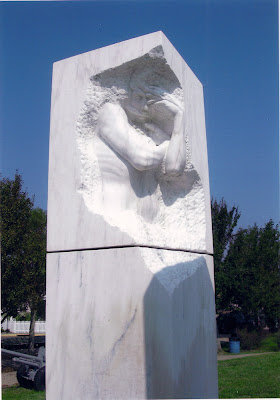 One of the monuments, Highlands, NJ. 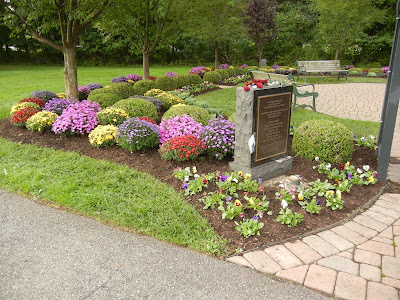 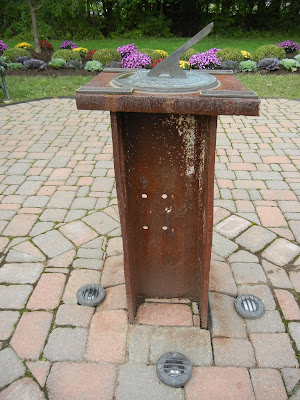 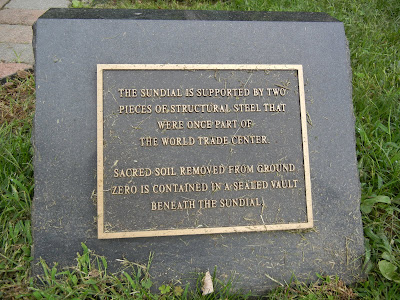 Description of the sundial. 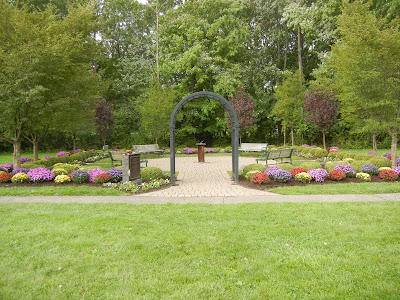