As a follow-up to my 'Signed by Carvers' post in February, I wanted to share some photographs that were sent to me by Robert Lenahan, a gravestone enthusiast, like me. In fact, this may turn into a series of posts over the next few months. The following pictures show the work of two brothers, Henry and Jonathan Hand Osborn, who were stonecutters in Woodbridge and Scotch Plains, NJ. Their carvings include monograms, floral motifs, winged cherubs, and often signatures. 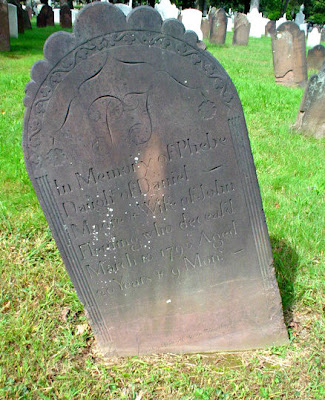 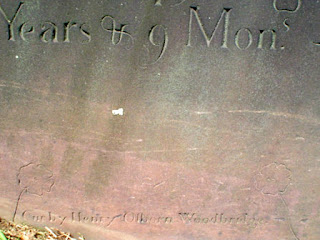 Gravestone of Phebe Fleming, Rahway Cemetery, Rahway, NJ, cut by Henry Osborn (1770-1839). Note the signature at the bottom in between two flowers. 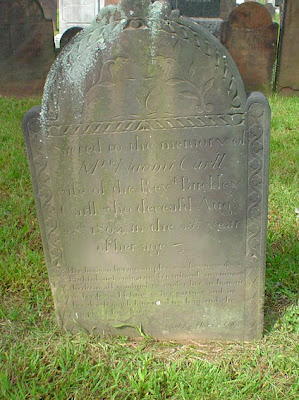 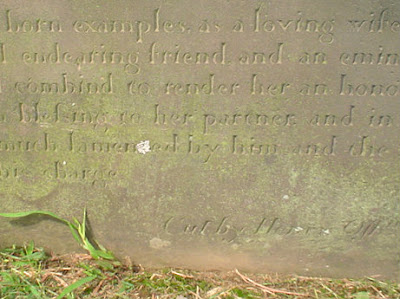 Her heaven born examples, as a loving wife, a
faithful and endearing friend, and an eminent
christian, all combined to render her an honour to
her sex, a blessing to her partner, and in
her death much lamented by him and the
people in his charge.
Cut by Henry Osborn 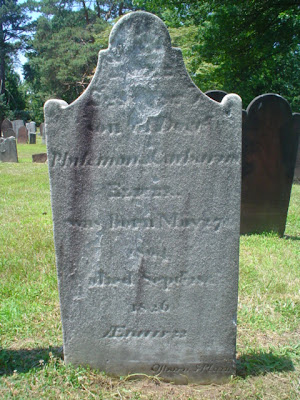 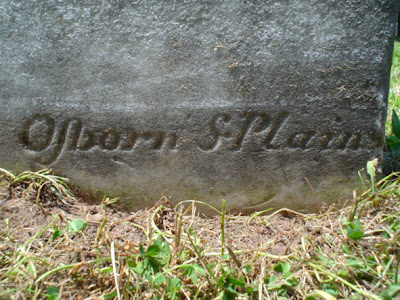 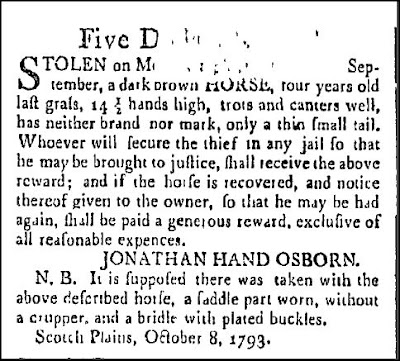 Five D ~~~~~~
Stolen on M~~~~~~~~Sep-
tember, a dark brown HORSE, four years old
last grals [?], 14 1/2 hands high, trots and canters well,
has neither brand nor mark, only a thin small tail.
Whoever will secure the thief in any jail so that
he may be brought to justice, shall receive the above
reward; and if the horse is recovered, and notice
thereof given to the owner, so that he may be had
again, shall be paid a generous reward, exclusive of
all reasonable expences.
JONATHAN HAND OSBORN,
N.B.  It is supposed there was taken with the
above described horse, a saddle part worn, without
a cropper, and a bridle with plated buckles.
Scotch Plains, October 8, 1793.


Another Revolutionary Soldier Gone--At Scotch Plains,
on the 12th instant, JONATHAN HAND OSBORN, in the
87th year of his age.

Here is the link to a photo of his gravestone. 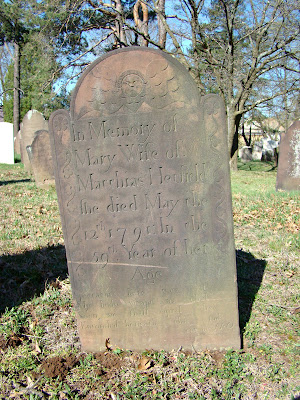 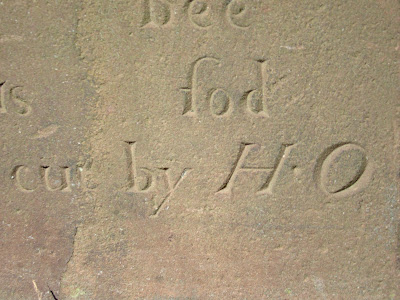 This last gravestone is that of Mary Hetfield, also at the Presbyterian Church, Westfield, NJ, cut by H O. It is unclear whether the initials H O refer to Henry Osborn or his brother, Jonathan Hand Osborn, who also signed his work Hand Osborn or even H. Osborn.

In Memory of
Mary Wife of
Matthias Hetfield
She died May the
12th 1791 In the
59th Year of her
Age
Spectators here you see
My body wrapt in clods [?]
Soon we shall equal bee
Entomb’d beneath this sod
cut by H O 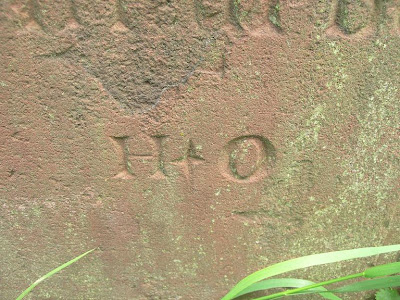 Note the gravestone of Sarah Dixon with these initials on my February post. This signature H + O is similar yet different than the one above it. Could it be one of the Osborn brothers? 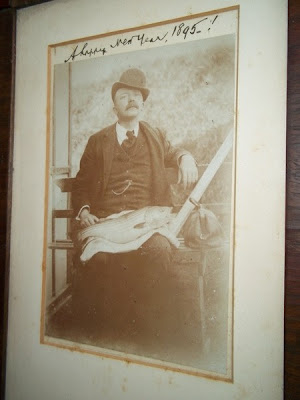 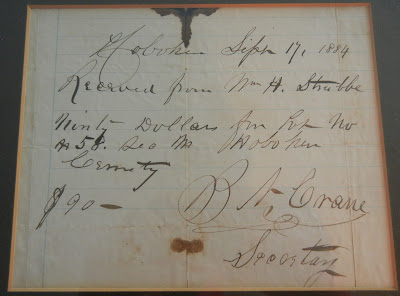 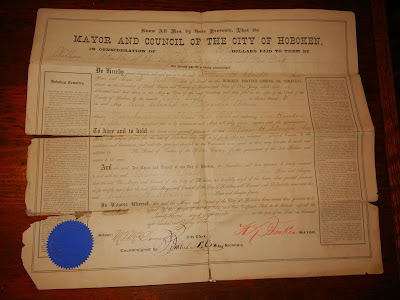 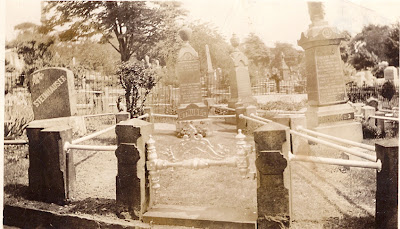 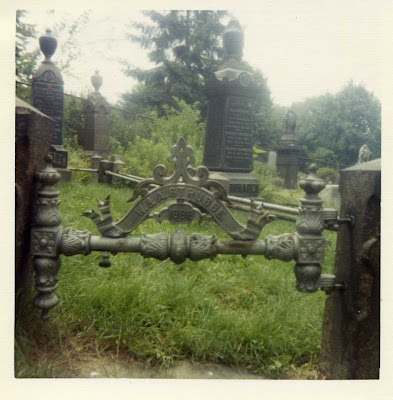 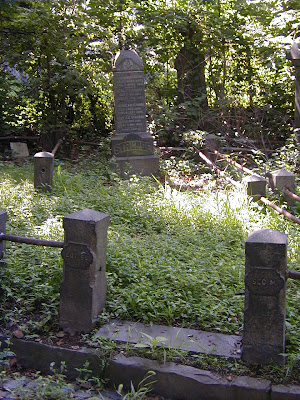 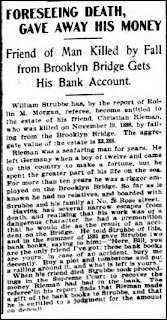 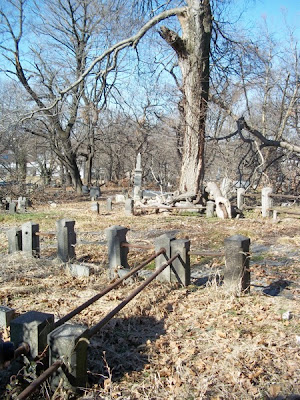