The Presby Memorial Iris Gardens in Montclair, NJ, are in full bloom with more than 14,000 irises in 26 flower beds. The gardens were named for Frank H. Presby, a horticulturalist, and founder of the American Iris Society. There are many different varieties including heirloom, bearded, and hall of fame, dating from 1600 to the present. 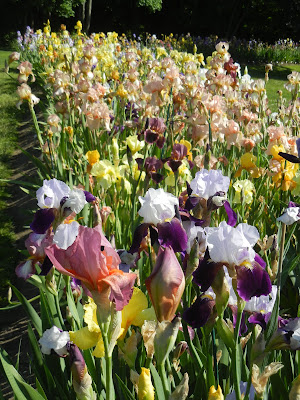 One of the beautiful iris beds as you enter the gardens. 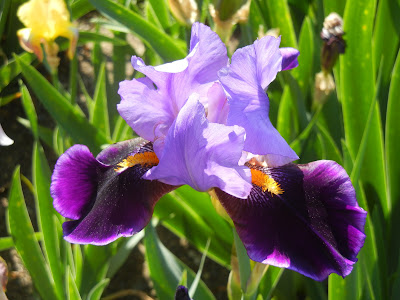 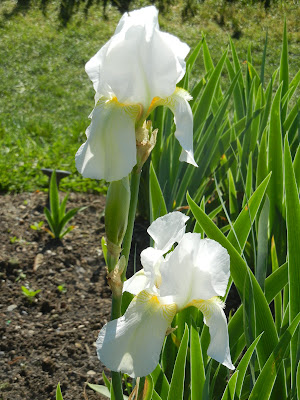 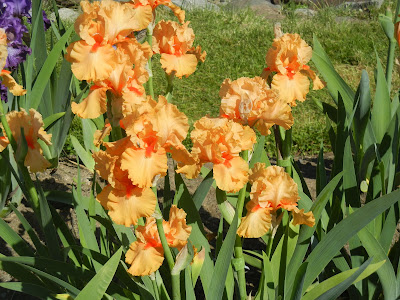 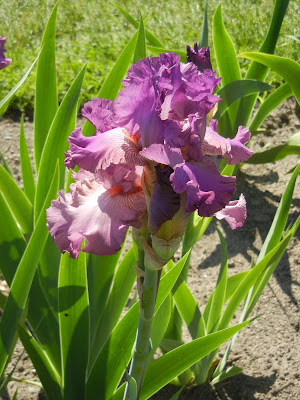 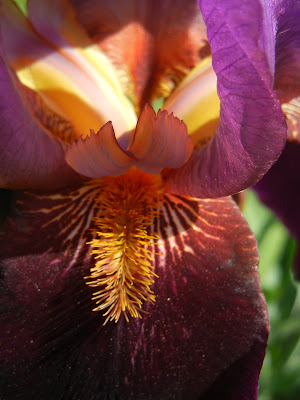 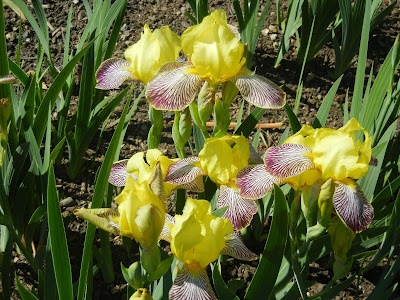 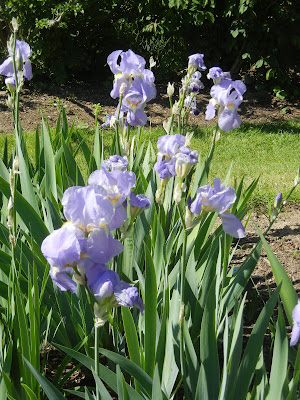 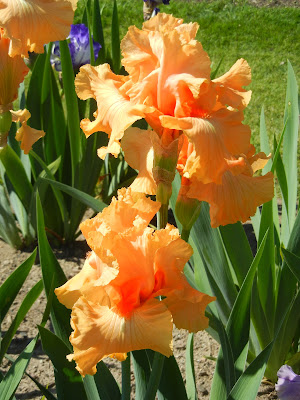 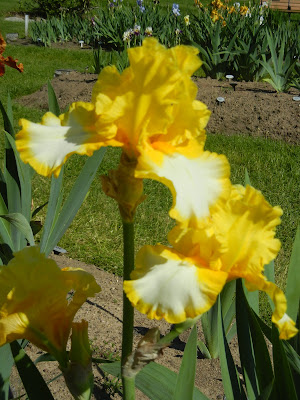 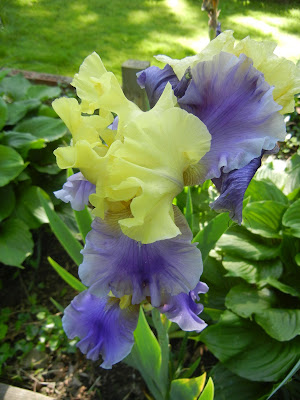 And, here is one from my garden :)

Aerial Views I, II, and III

What I thought was going to be one quilt became three large panels which I designed on graph paper. Fabric samples are pinned along the lower edge. 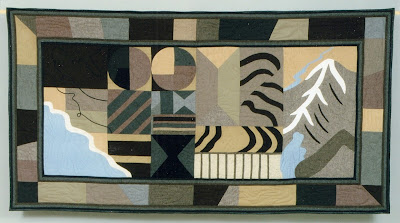 Aerial View Part I: Hands Across the West. Each panel is made of wool and corduroy with a poly-fil batt and muslin backing. From my scribbly notes I initially thought of using ultra suede and chamois cloth for the softer hues and padding the mountain with old panty hose for a 3-D effect. What was I thinking?? Ultra suede was too expensive so I ended up purchasing lots of wool samples at a nearby fabric outlet and I didn't pad the mountain :) In 1986 this panel was included in the New Jersey Arts Annual: Fiber, Metal & Wood exhibition at the New Jersey State Museum in Trenton. 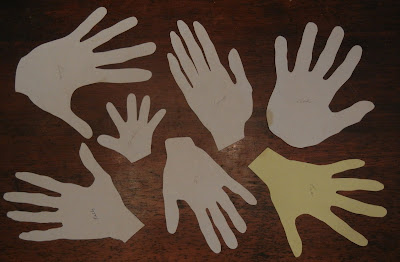 I asked co-workers, friends, and my son, daughter, and husband, to do paper tracings of their hands which I then used as quilting patterns to carry out the Hands Across America theme. My dad's hand is in the upper right :) 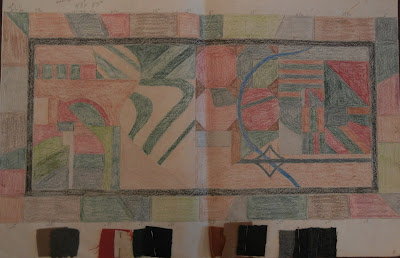 Aerial View Part II: Hands Across the Midwest. The simple outer border was made from leftover wool scraps. 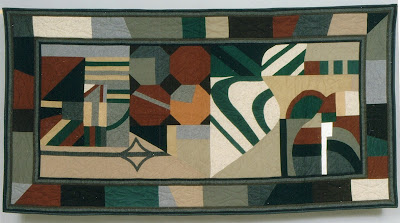 Flying over Nevada, Utah, and Colorado, then Nebraska and Iowa, the colors of the landscape changed from browns and grays to rusts and greens and the lay of the land was less square and more curved. That's a major highway leading in on the lower left. 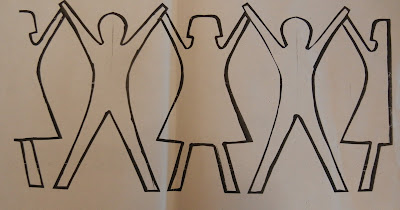 The quilting pattern I used in the second panel was a chain of figures in diagonal rows. Single figures were quilted in the border blocks and all the quilting was done by hand. 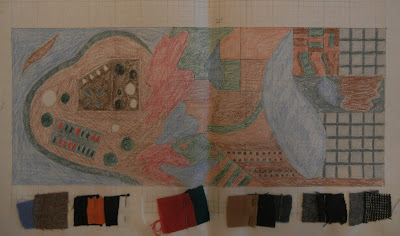 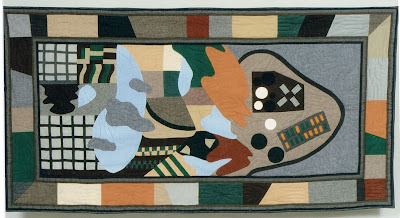 The landscape was looking a little more dense as we approached the east coast. The city streets of Chicago are represented by the small grids on the left and there's Lake Michigan. Flying over OH, PA, and NJ, the fall foliage was beautiful. There were small lakes, farmlands, and neighborhoods with baseball fields. Then came the NJ Turnpike with freight yards, storage tanks, and industrial areas. And before I knew it we had landed. That was probably the fastest cross-country flight I had ever taken. I kept myself occupied the entire trip sketching and thinking of how I was going to make a quilt--and couldn't wait to get started!

Posted by Barbara at 4:24 PM No comments: