Through the years I've made some small quilts which I display on a settle bench in our hallway. The quilts date from 1989 to 2008 and are mostly reproductions but there's one quilt that was a challenge between the four authors who wrote A Passion for Quilts: The Story of Florence Peto. 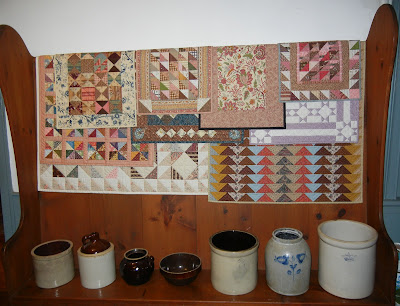 My husband and I actually made this bench a long time ago. It's great for displaying quilts both large and small. 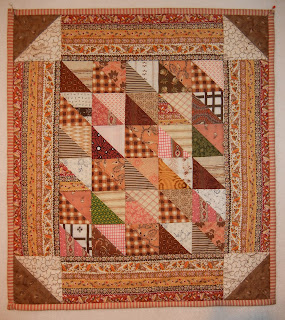 I named this little quilt "Back Pond Geese" because of the Canada Geese that make their home on the pond behind our house. The 1/2 square triangles are all leftover fabrics from other repro quilts that I'd made and the striped border fabric was a gift from my friend Rachel Cochran. 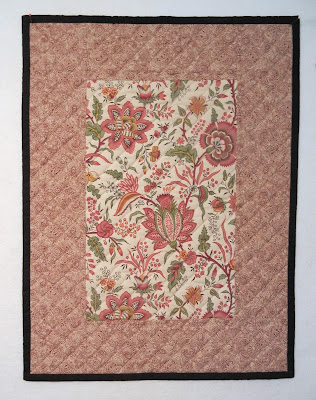 One of my favorite books is Small Endearments by Sandi Fox. This is a reproduction of a quilt that she  featured on p. 13, probably New England, late eighteenth or early nineteenth century. I tea-dyed both fabrics on the front but not the one on the back. 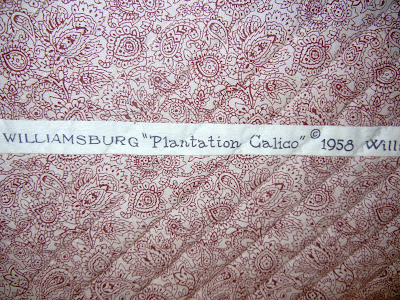 I sewed a selvage strip on the back to identify the large print fabric on the front. It was a 1958 Williamsburg "Plantation Calico" decorator fabric which I purchased at an outlet store probably in the 1970s. 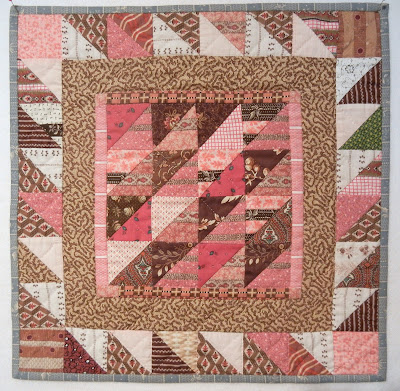 Another reproduction of a New England quilt in Small Endearments, p. 160. I pieced all the larger striped fabrics because I couldn't find any that were suitable. 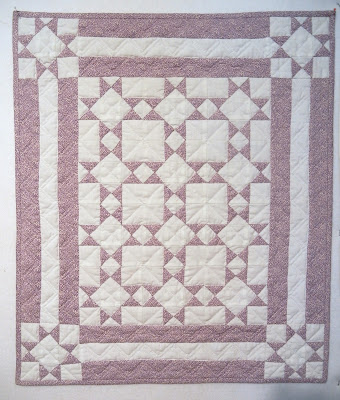 One of my earlier quilts--way before reproduction fabrics were on the market--is this lavender and white "Ohio Star" that I started making in 1980 and finished nine years later in 1989. It is entirely hand pieced. My inspiration came from a quilt in America's Quilts and Coverlets by Carleton L. Safford and Robert Bishop. 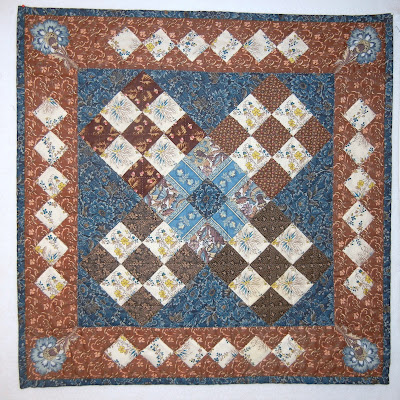 On a Florence Peto research trip to the Shelburne Museum in November 1997, an early snowstorm confined the four of us--Rachel Cochran, Rita Erickson, Natalie Hart and myself--to our motel rooms where we decided to make small challenge quilts in the Florence Peto-style. Each of us had purchased some fabric on our trip to Vermont so we had fabric. The rest of our sewing supplies were limited--one spool of thread, two pairs of scissors, a few pins, and restaurant business cards for templates. This is my version of our Florence Peto Challenge. 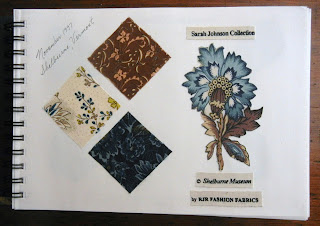 We had seen a small "fabric" journal from the 1840s and were so inspired we couldn't wait to make our own.  I purchased a small notebook and began to paste in a few fabric samples from our Vermont trip.

The second page has a photograph of a detail of the above quilt and scraps on the right from the next quilt. 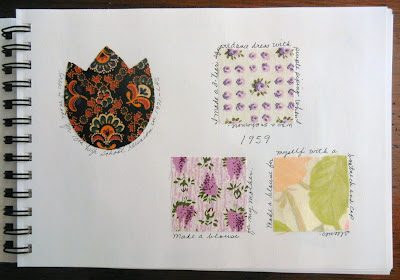 In between quilt-related fabrics and photos, I added some fabrics from clothing I had made in 1959. But that's another story . . . 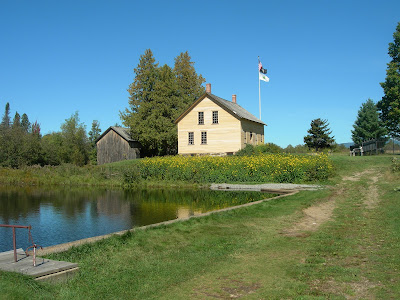 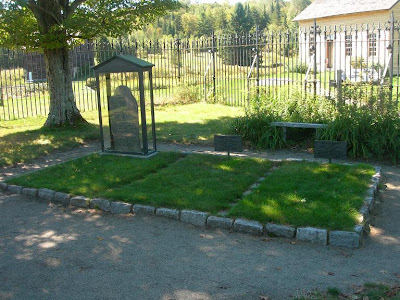 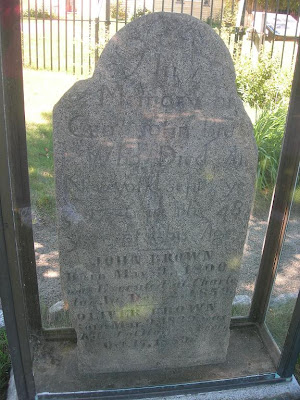 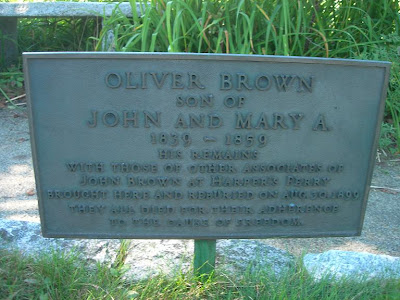 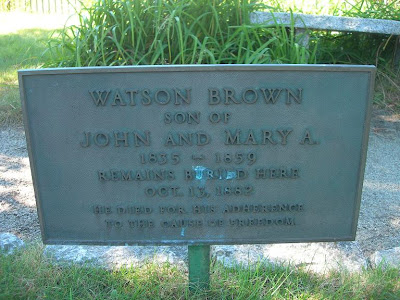 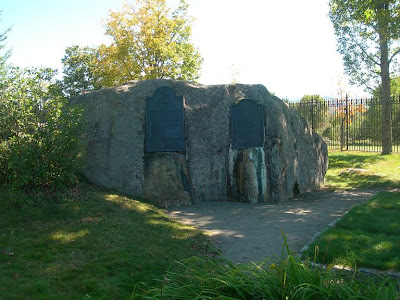 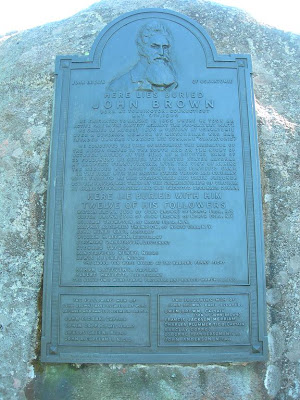 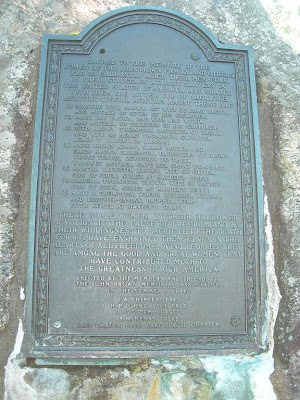 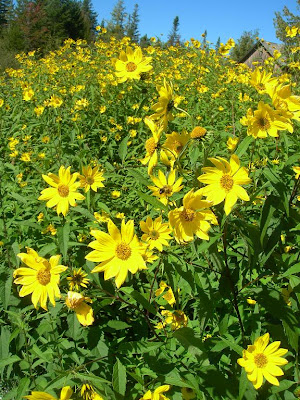