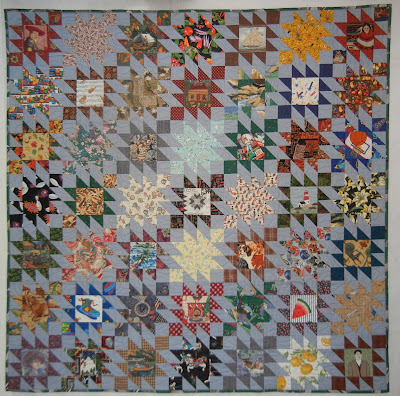 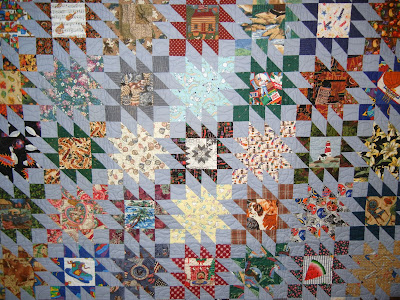 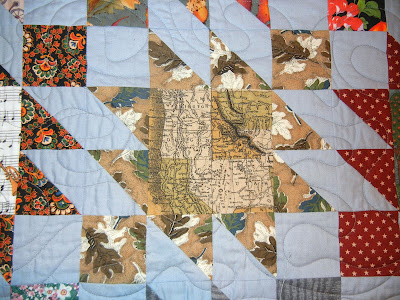 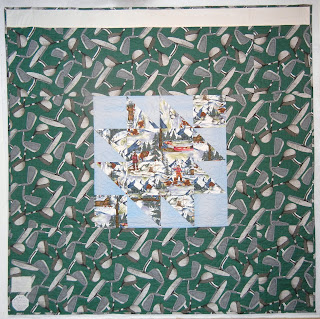 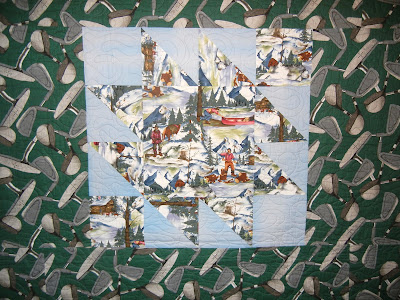 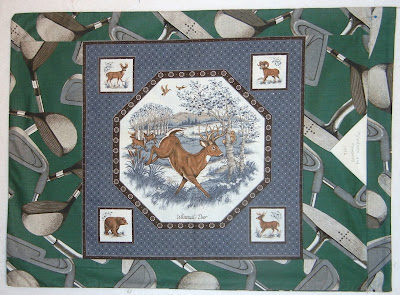 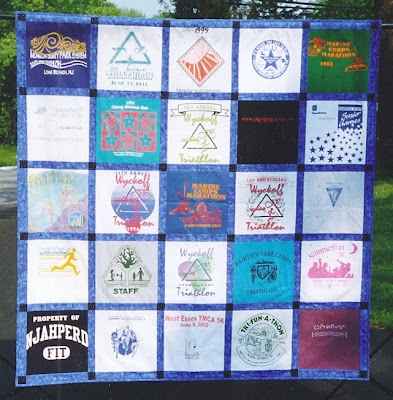 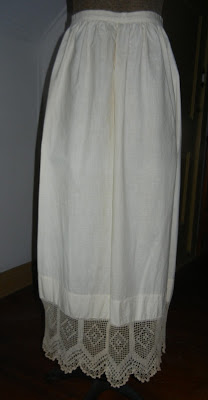 About 10 years ago my sister-in-law gave me this full length apron. It is made of muslin with two short ties at the waist and trim at the lower edge. 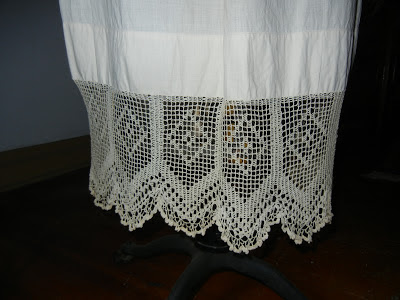 The filet crochet trim is 7" long and whip-stitched on. 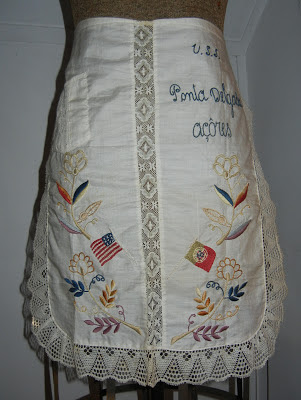 I purchased this apron at an antiques mall when I was with my quilting friends though I can't remember where we were. Oh, dear! 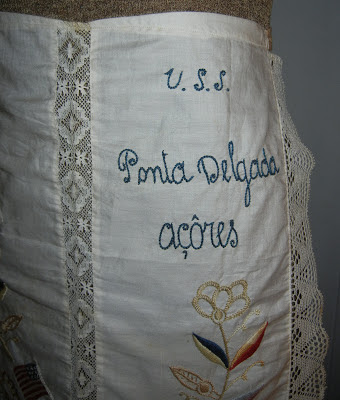 I'm drawn to any textiles that are historical in nature and when I saw this apron my guess was that it was made during World World I. I thought the name of the ship was the U.S.S. Ponta Delgada but I was totally wrong on that account--Ponta Delgada is the name of a city in the Azores in Portugal. While searching for more info I found a blogger who has the story of this heirloom apron. The only difference is mine doesn't have the name of the ship she refers to or a date.

The embroidery is the same on both sides with the Portuguese flag on the right . . . 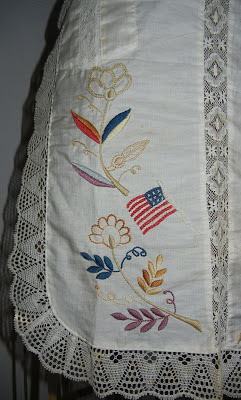 . . . and the American flag on the left. Were these aprons mass produced? 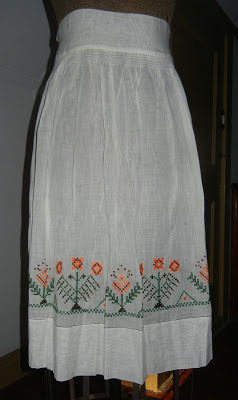 I love this apron with its shirred skirt and cross-stitch border treatment. 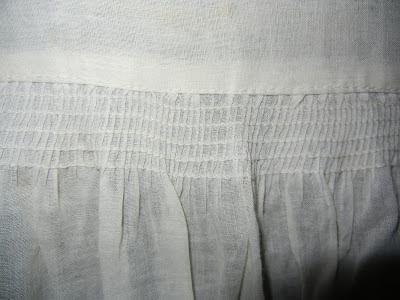 It is made of fine cotton lawn fabric with five rows of machine shirring just below the wide waistband. 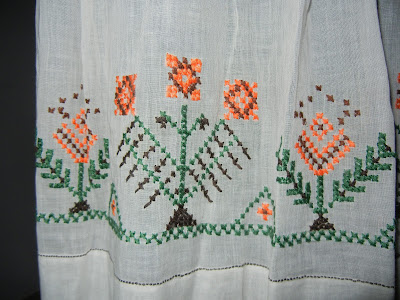 The cross-stitch design along the bottom is anchored by a single row of brown embroidery done in back-stitch. The hem is sewn over this line and is not visible on the inside. 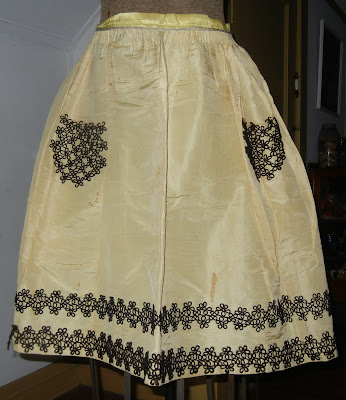 This gold faille apron has shirring just below the ribbon waistband which is 2-1/2" wide and folded in half. It also serves as the ties. 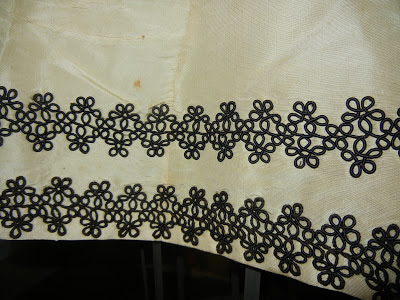 The black trim was hand-sewn in two rows along the lower edge. 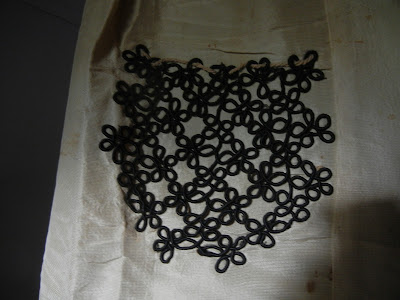 The clever pockets are made of the same trim but a piece of gold cording is woven at the top of each to hold its shape. 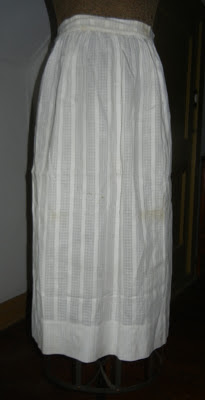 Years ago, when a member of our local historical society found out I collected vintage clothing she told me to come to her house and take anything I wanted. This long chambray apron with its inked signature was one of the treasures I came home with. 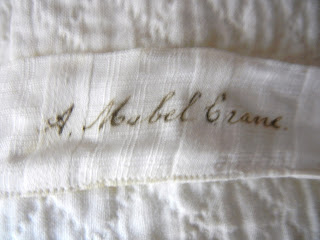 The Cranes were a prominent family in Livingston and owned the Isaac Crane Dairy, but "A. Mabel Crane" remains a mystery.