The second half of the year was a little different than the first mainly because the Deacon blocks were ALL done! In their place I finished a couple small quilts and continued making minis. Scraps seemed to be the norm :) 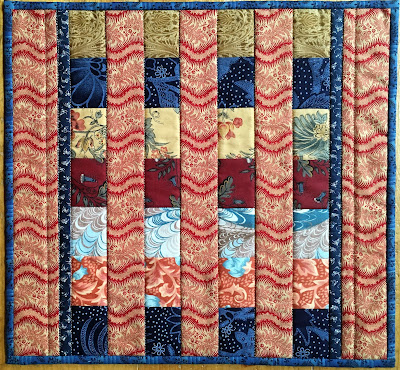 July mini was made from leftover (what else??) strips from a large-print top that I was working on. Don't know that I ever would have intentionally planned this layout but that's the fun of making minis! 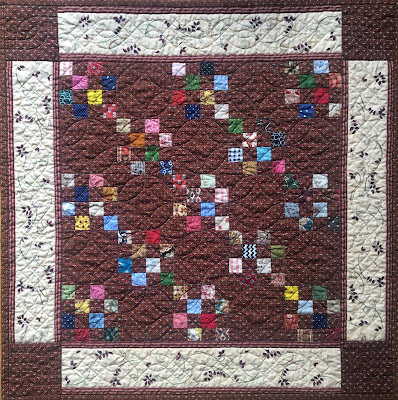 This was made using a thrift shop brown and border print--I had a lot of both. 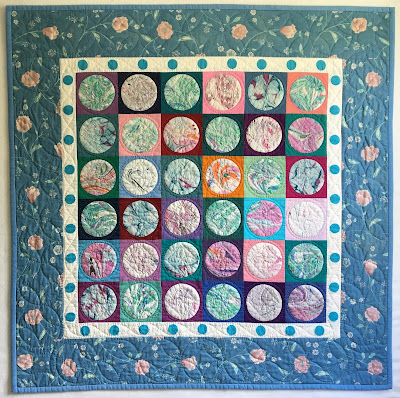 I finished Marbles--my much smaller version of the ever-popular Quilty 365 :) Should have replaced that light block on the right. Just sayin'! 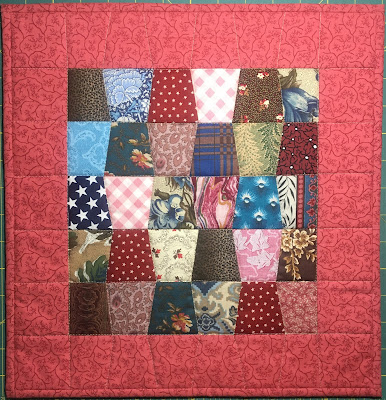 This mini was made from leftover tumblers from a UFO that I hope to finish soon--yes, soon!. Why didn't I notice that pink before in the lower right? It just seems to blend in with the border and looks really washed out. In hindsight I should have moved it to another position! 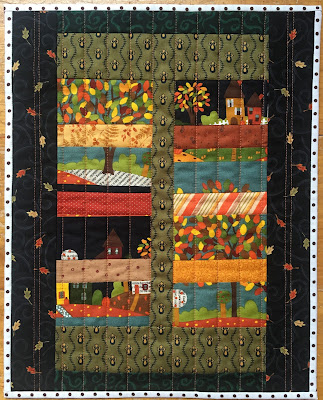 More thrift shop finds made their way into October's mini. I'll never forget Wendy's description of the green/yellow/black stripe as a "moose with sunglasses." That really made my day! 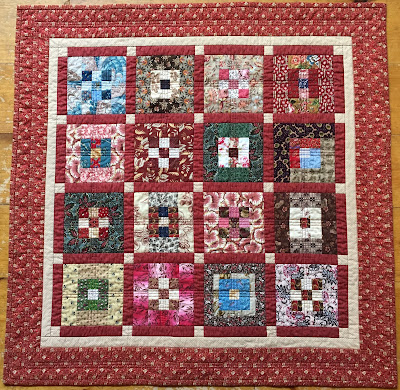 Get It Done was finally finished! I'm not crazy about this quilt but after many iterations this was the end result. 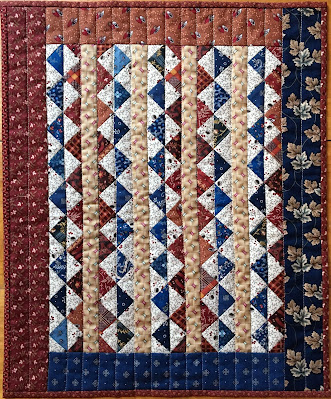 What fun it was to work with someone else's scraps! When Janet O. announced her Baggie Challenge I chose one of her baggies and made this November mini. 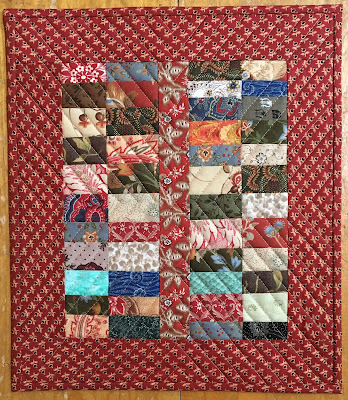 The last mini of 2021 included some French General fabrics mixed in with pieces from the scrap quilt I'd been working on. That center strip was from Barbara B's Ladies' Legacy line and fit right in. The border was a thrift shop goodie :) 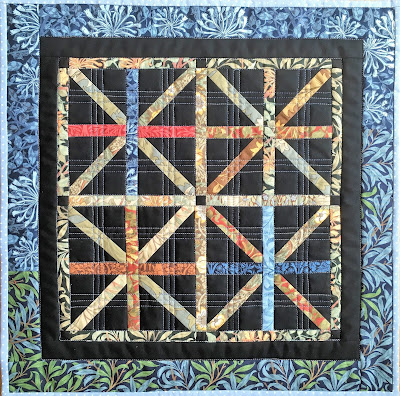 Oops! I almost forgot this one even though I made it a while ago. Love those Best of Morris fabrics by Barbara B :)

The day before Christmas we went to watch the Olympic Team Trials in Lake Placid. A gift from my daughter and her husband. 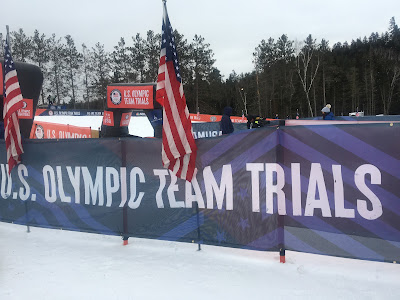 The event was the Nordic Combined . . . 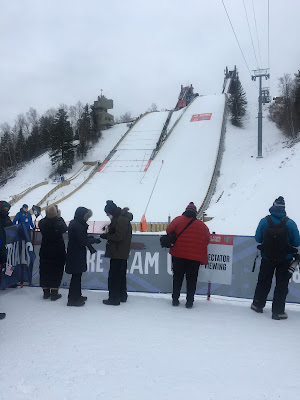 . . . which started at the Lake Placid Olympic Ski Jumping Complex . . . 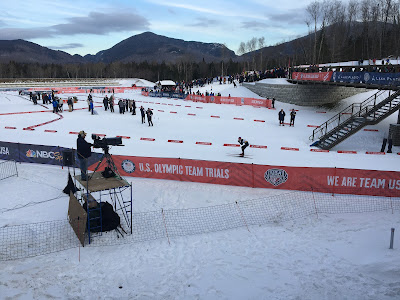 . . . and ended at Mt. Van Hoevenberg with a grueling 10K cross-country ski. The winner, Taylor Fletcher, was nominated to the 2022 U.S. Olympic Team. He is one of the fastest cross-country skiers on the world circuit. NBC was there filming but it was also fascinating to watch a drone flying overhead!