That's the age of the oldest White Oak tree in North America and it's located only 30 minutes from our house. It's been in the news lately because it has finally died and will be cut down next month. 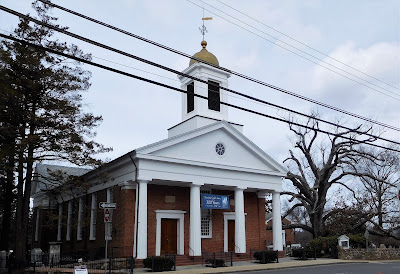 The tree had been standing for nearly 300 years before the Basking Ridge Presbyterian Church was built in 1717. 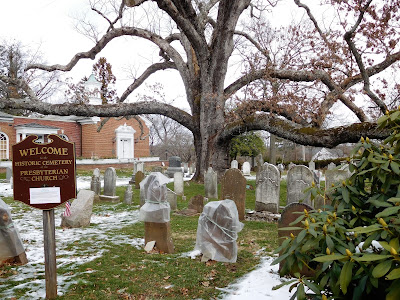 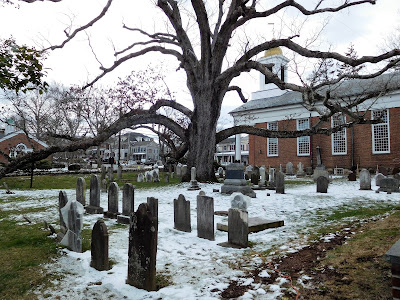 George Washington is said to have picnicked under its shade and Gen. Jean Baptiste de Rochambeau's troops passed by it on their way to the Battle of Yorktown, VA, in 1781. 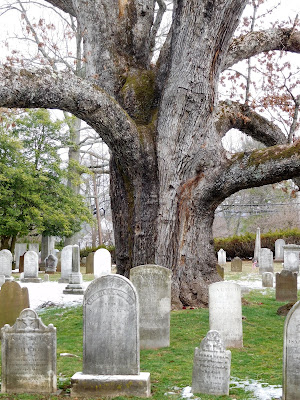 In the 1930s three tons of concrete were poured into its cavity and steel rods and cables were installed to support the weight of its branches. 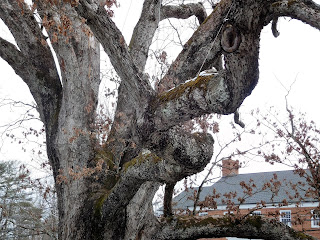 The good news is that another already established 25' white oak grown from this tree's acorns at a local college will be planted on the property. So it will continue to live on :) 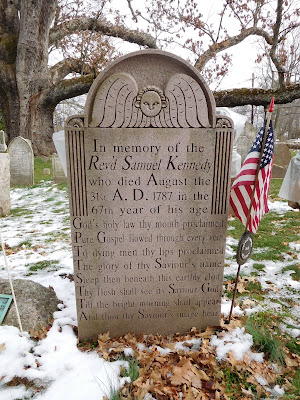 Due to the tree's instability the cemetery has been cordoned off to prevent curious onlookers like me from wandering around :) But I did take a couple of gravestone photos like this one of Rev. Samuel Kennedy who served as the fourth pastor of the church from 1751-1787. 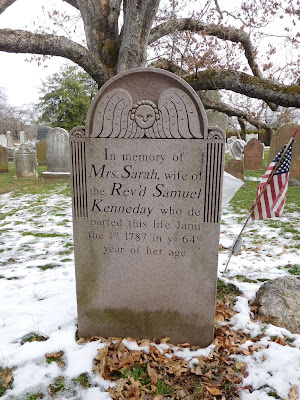 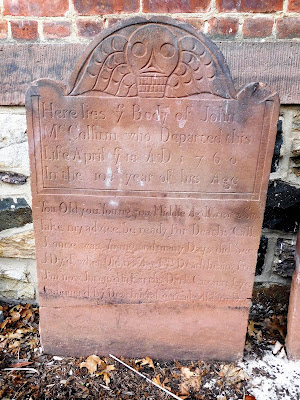 Near the foundation of the church stands this early sandstone marker of John McCollum who died April 18, 1760 at the age of 103! His epitaph reads:

You old, you young, you middle aged, great and small,
Take my advice, be ready for death's call.
I once was young and many days did see,
I dyd when old, no age from death being free.
I'm now Intwom'd in earths dark cavern lye,
Conquered by death. Make ready all to dye. 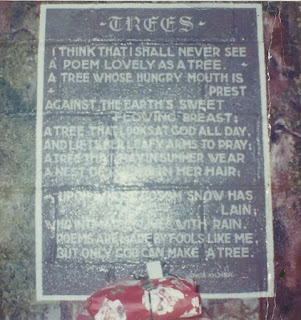 And as I was getting ready to post this blog I remembered a poem my grandfather had painted on the wall in the basement of his house. Here it is:

Trees
I think that I shall never see
A poem as lovely as a tree.
A tree whose hungry mouth is prest
Against the earth's sweet flowing breast;
A tree that looks at God all day,
And lifts her leafy arms to pray;
A tree that may in Summer wear
A nest of robins in her hair;
Upon whose bosom snow has lain;
Who intimately lives with rain.
Poems are made by fools like me,
But only God can make a tree.
-- Joyce Kilmer

I'll have some quilt news next week :)