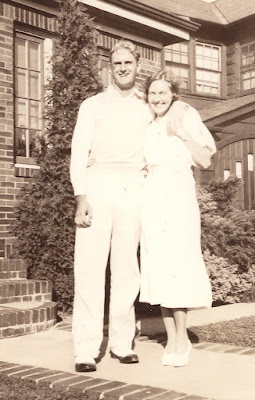 They were engaged in 1935. I love this picture taken in front of the Bower family home . . . 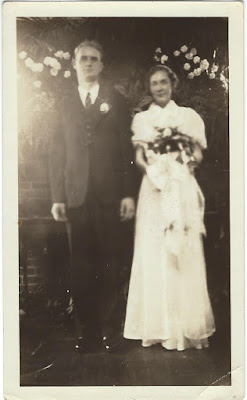 . . . where the wedding took place the following year. Their marriage certificate states Franklin was 27 and worked in real estate, and Etta was 25. His two buddies were witnesses: Arnold Van Heertum and Ray Leicht. 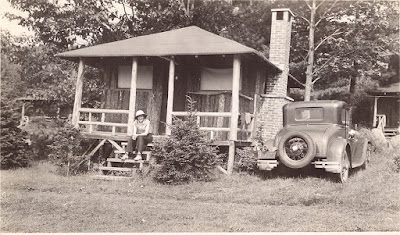 They spent their honeymoon at Lake Anasagunticook in Maine and made the trip in a Model A. 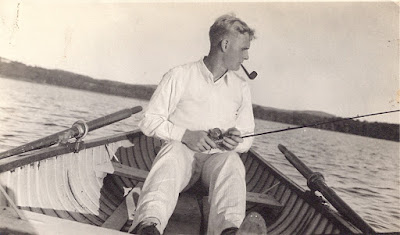 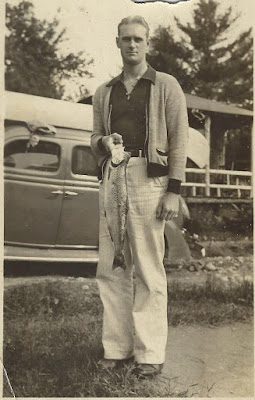 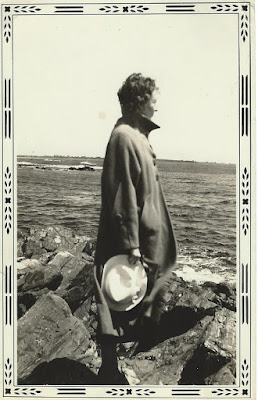 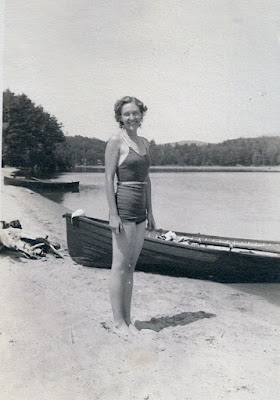 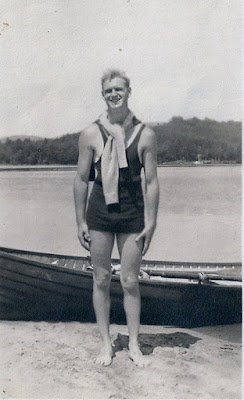 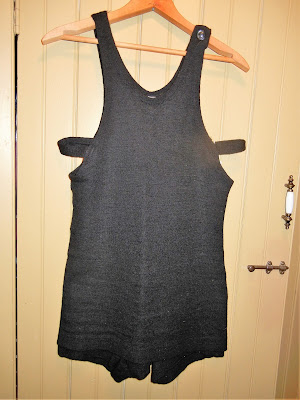 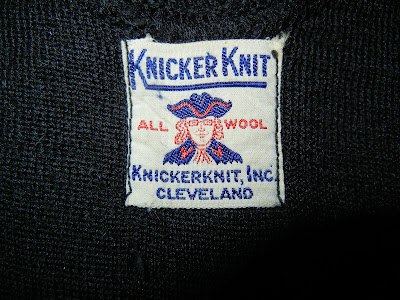 . . . similar to this one that I purchased at a vintage clothing show years ago. It is so itchy-scratchy I can't imagine what it felt like when it was wet! 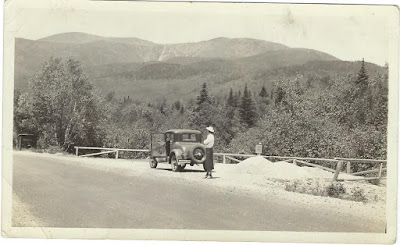 Honeymoon's over and the long drive home. 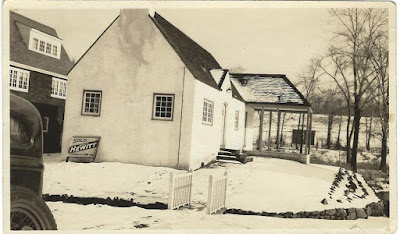 A year later they bought this house for $3,000 which is where my brother and I grew up :) Happy Anniversary--on what would have been their 80th! 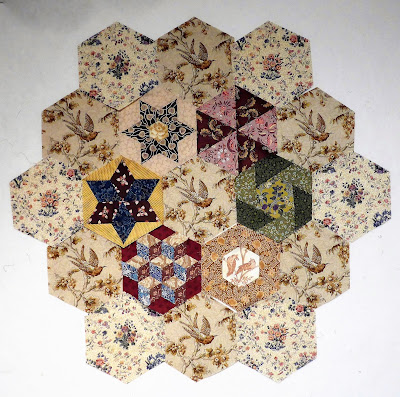 This is a sneak preview of Morris hexies and the fabrics I plan on using to set them together. I know I'll be moving those pieced ones around until they "look right." In the meantime I'll keep sewing and adding and looking and changing :)