Patriots Path is done and I even put it in the washing machine with some color catchers :) 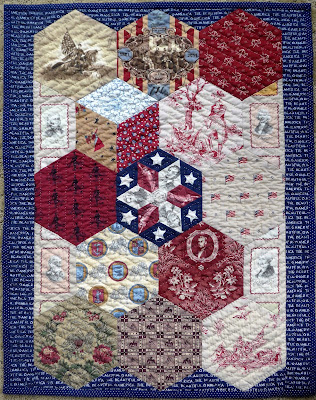 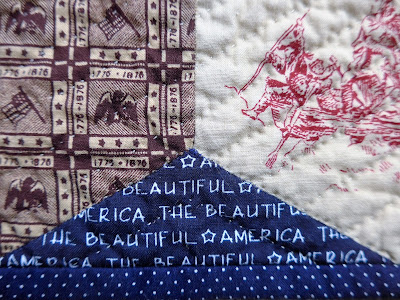 I had just enough America the Beautiful fabric for the side borders and edge triangles. I like the way it frames the hexies. 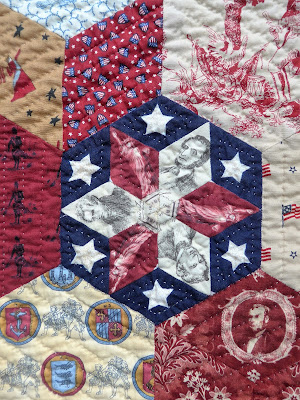 I couldn't make up my mind how to quilt it so placed it prominently in the hallway and every time I passed by I'd look at it hoping something would pop out at me. 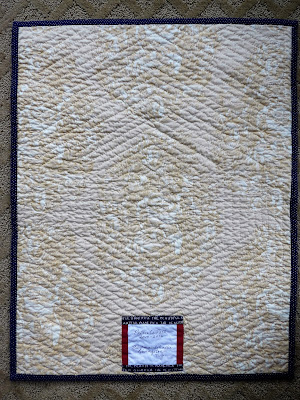 And it did. One-half inch concentric hexagons seemed to be the answer. The backing fabric is from Barbara Brackman and Terry Clothier Thompson's Lewis & Clark line. It measures 18" x 24." 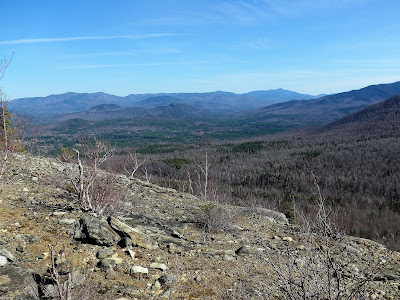 Last weekend we were at the cabin where my daughter and I went for a hike. This is the view looking east toward Vermont. 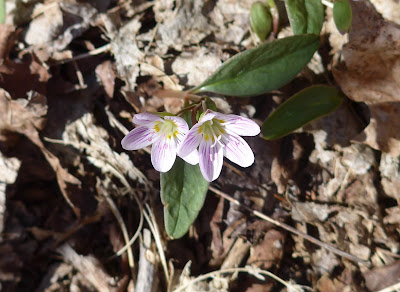 We spotted these pretty Spring Beauties on the trail. 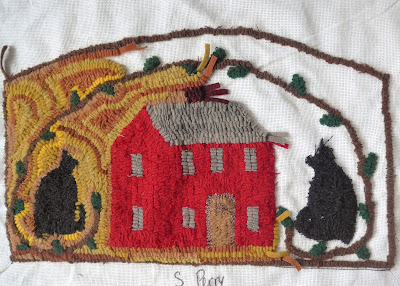 I had some time to work on my hooked rug. There is no pattern to follow for the background so make it up as I go. 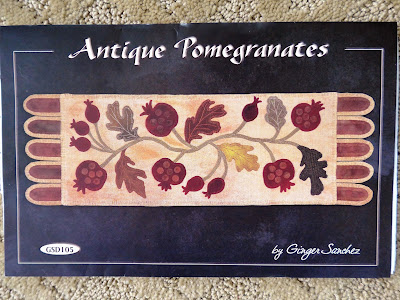 Of course I had to stop at the thrift shop. I couldn't resist this pattern for a wool table runner. It was only 25-cents. I have lots of wool fabrics that I've been saving for the longest time. Maybe I could use some of them to make this piece :)


Have a great week!