My paternal grandmother, Maude Hankinson Davis (1884-1967) was the daughter of professional baseball player, Frank Hankinson--and Mary Purple, my all time ELUSIVE ANCESTOR. (More on her in a future blog post.) 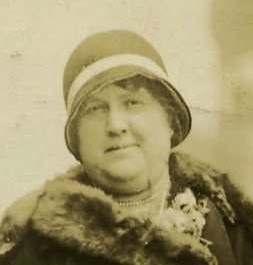 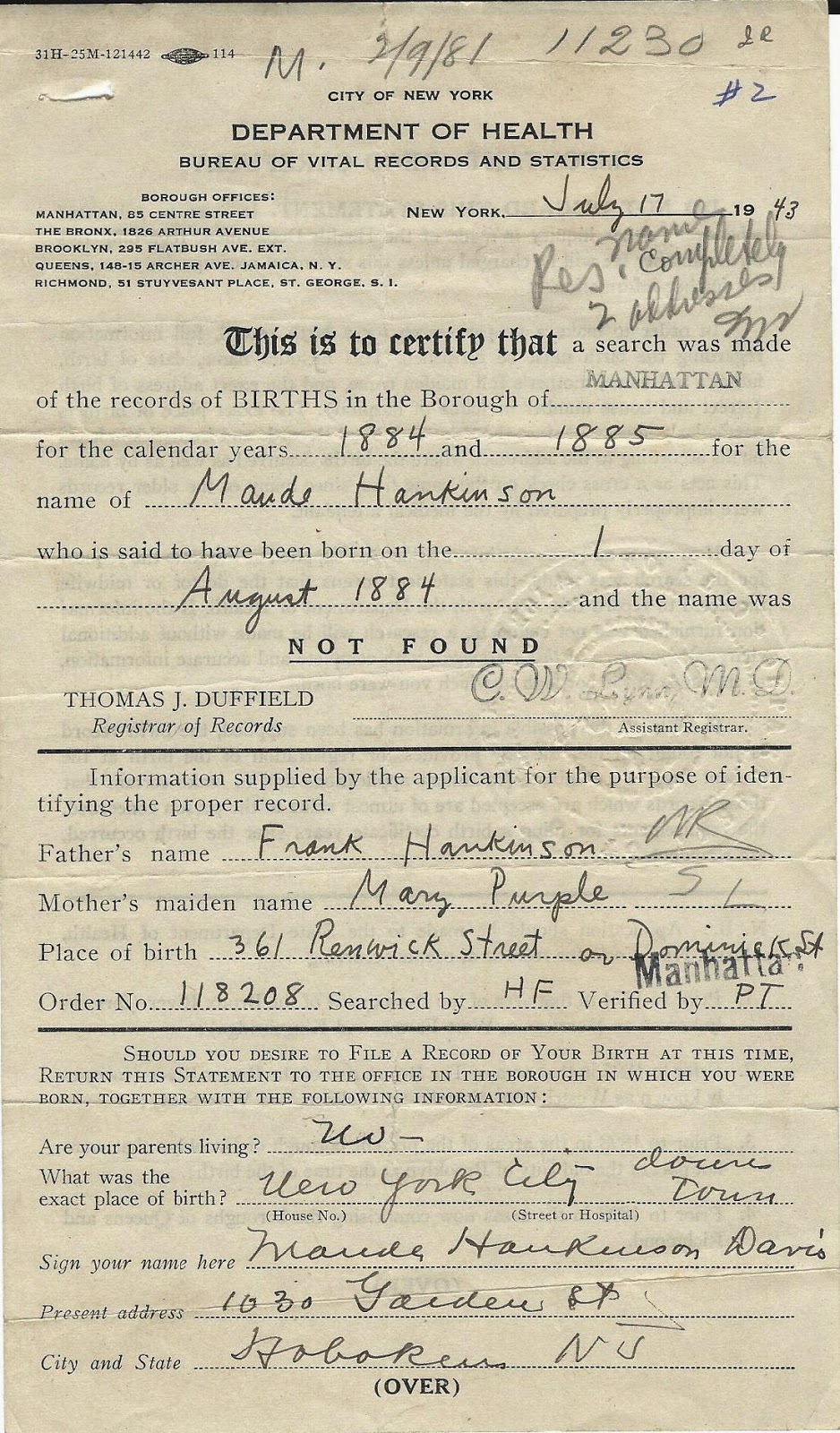 The results: NOT FOUND. 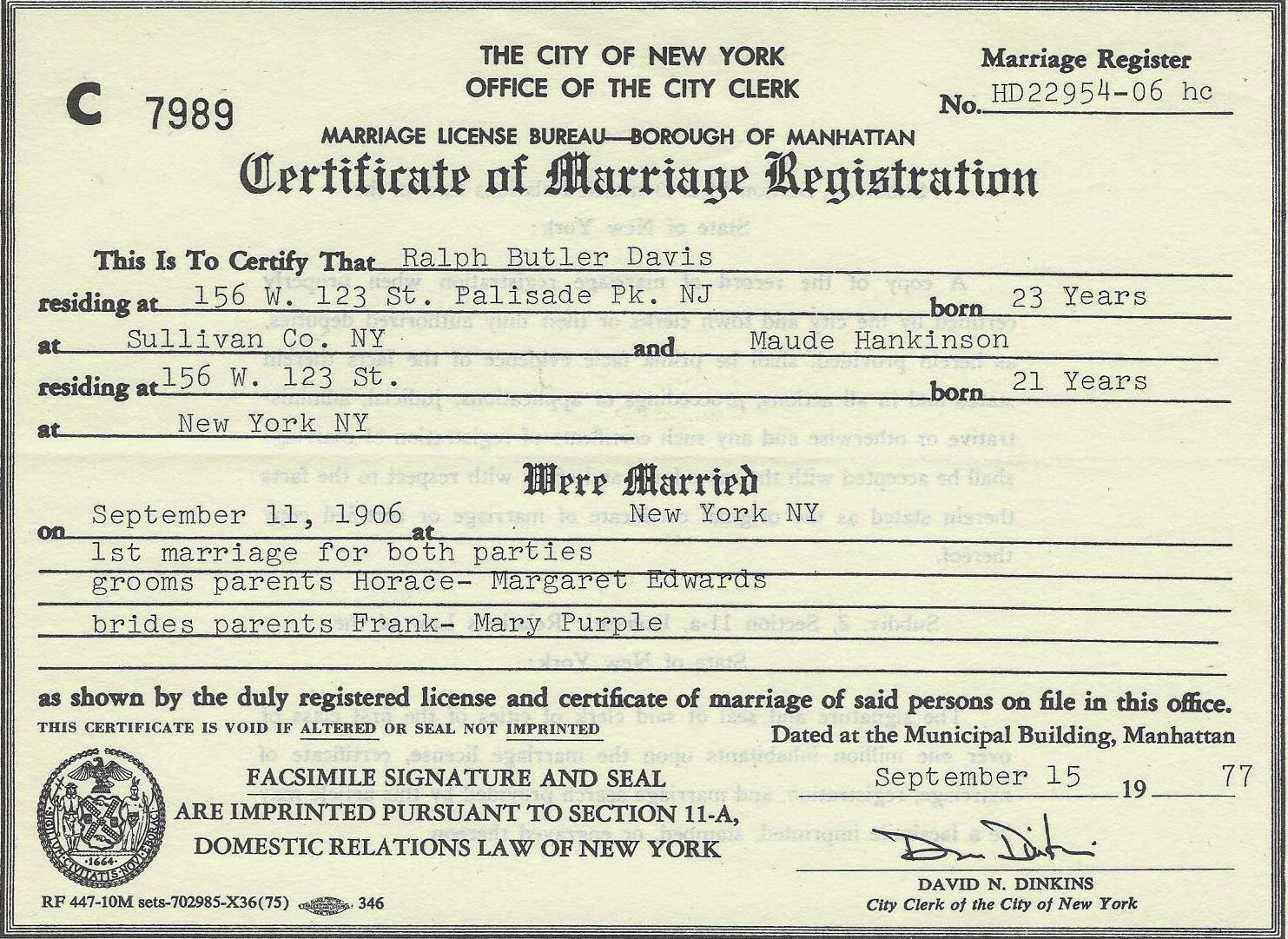 In 1900 she was living with her grandmother, Alice King Hankinson, at 2011 7th Ave, NYC. On September 11, 1906, at the age of 21, she married Ralph Butler Davis. Both of the above documents list her parents as Frank Hankinson and Mary Purple. 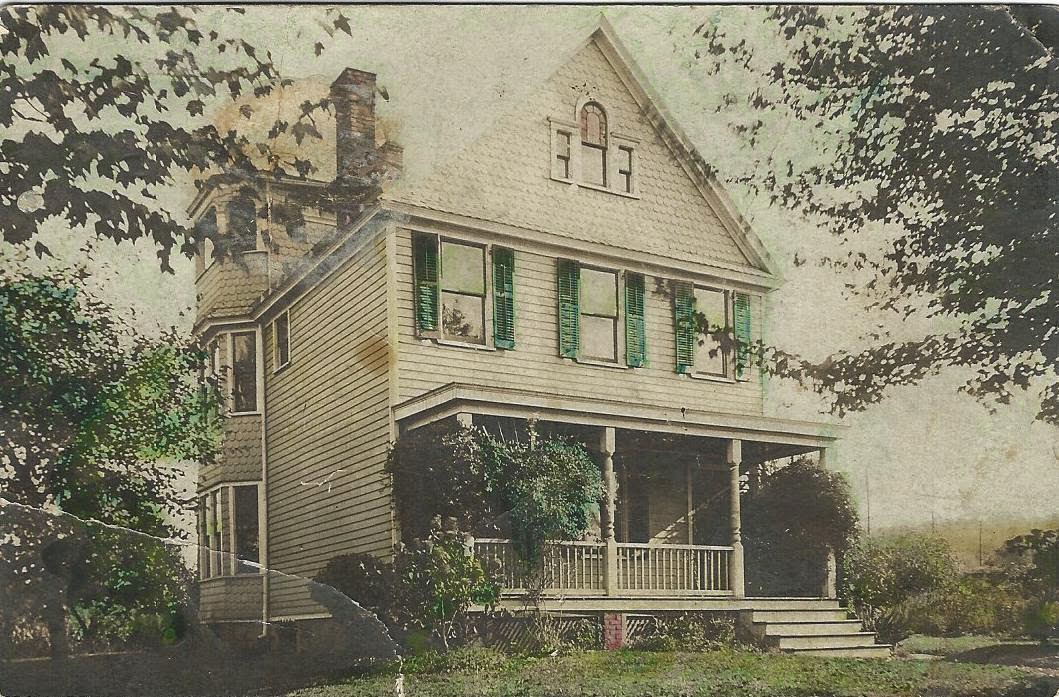 The newlyweds moved across the river to Palisades Park, NJ, where they raised three children: Ralph Franklin (1909-1992, my dad), Alvin Butler (1912-2012), and Margaret Edwards (1914-1972).  In the late 40s my parents, brother, and I lived on the 3rd floor. I remember having the mumps here running around with a white bandage wrapped around my head and wearing a beanie hat with a propeller on top :-) 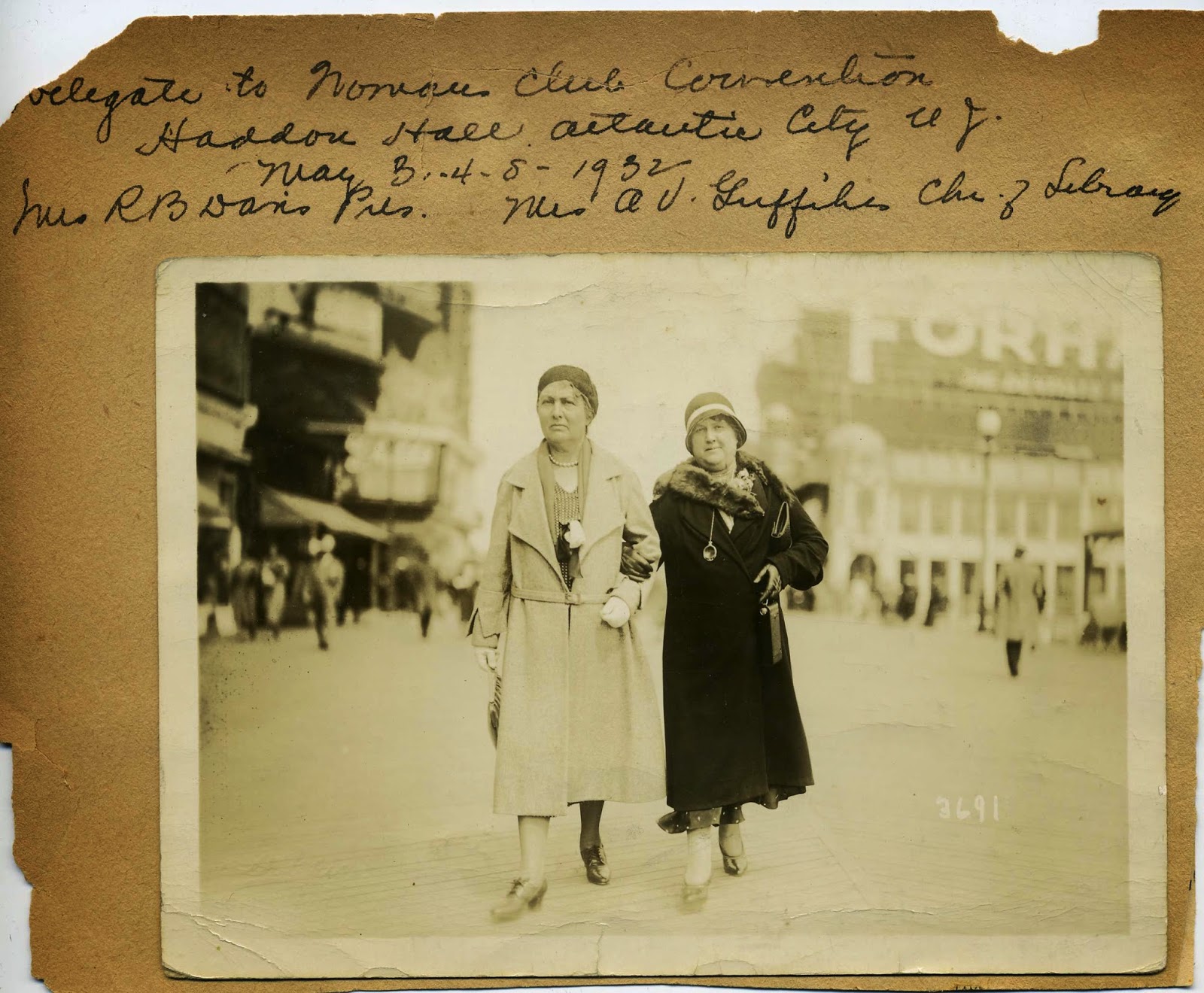 As president of the local Woman's Club, Maude went to Atlantic City as a delegate to the Woman's Club Convention in May 1932. Here she is taking a stroll on the boardwalk with Mrs. A.V. Griffith. 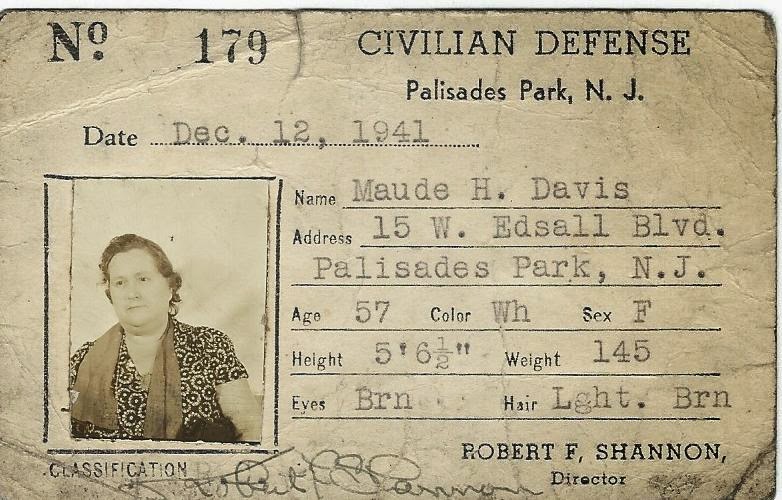 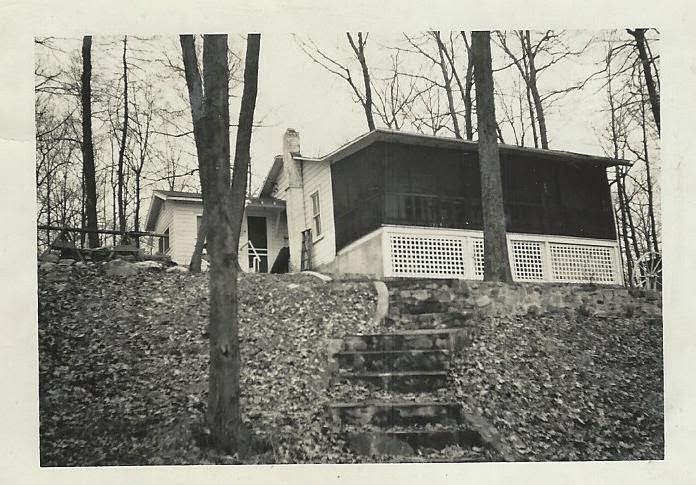 In 1952 my grandparents moved to Lake Owassa in Sussex County, NJ. For years there was no indoor plumbing and the outhouse was mighty cold at night. It was here that Nana had trained a chipmunk to go into her apron pocket to get birdseed. She was also a great cook and Thanksgiving dinners were always "at the lake." She and I would spend hours playing Canasta on the porch. 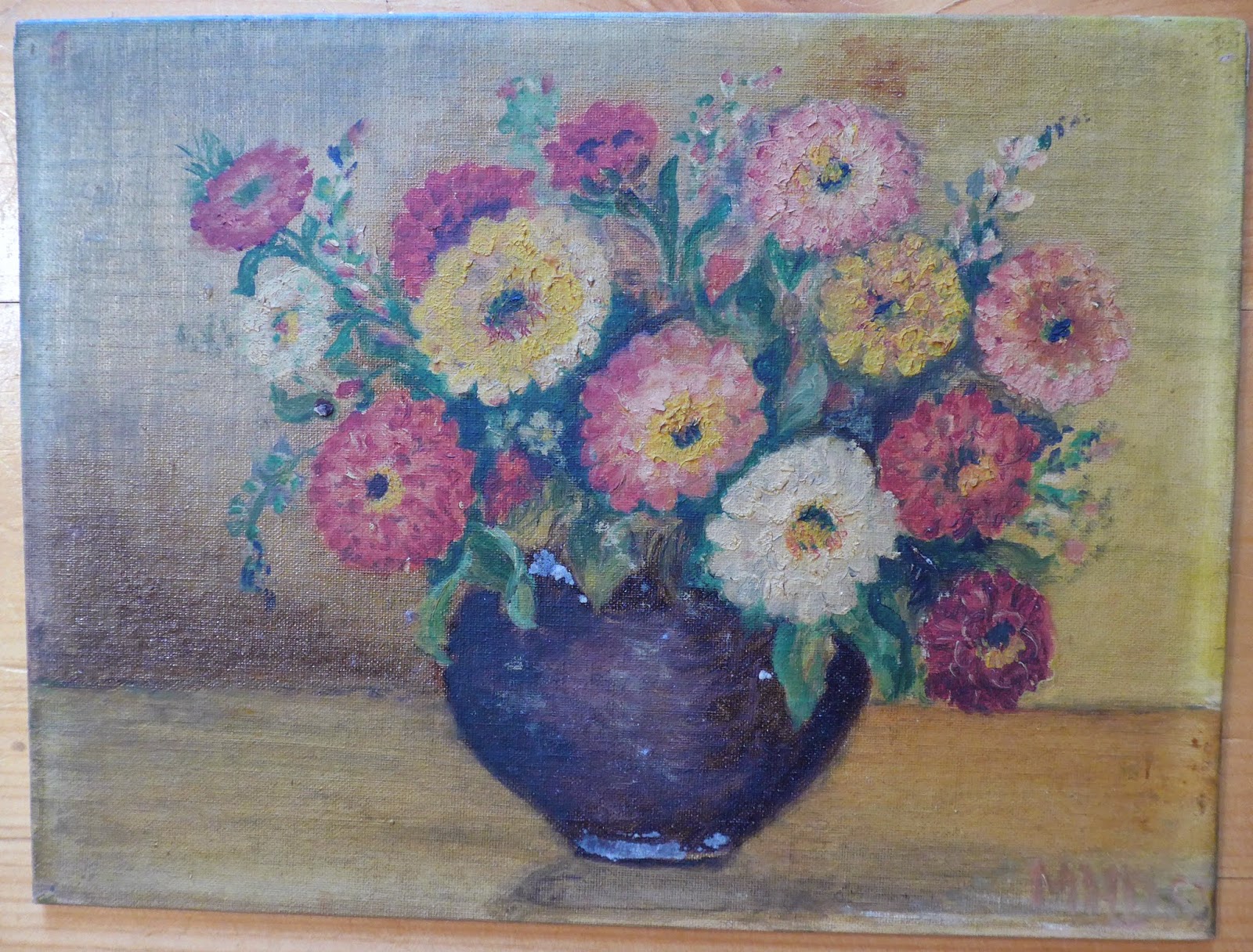 My dad always told me that Nana went to Cooper Union in NYC to study art but the school has no record of her ever attending. I own some of her oil paintings and once had a small hooked rug that she made. 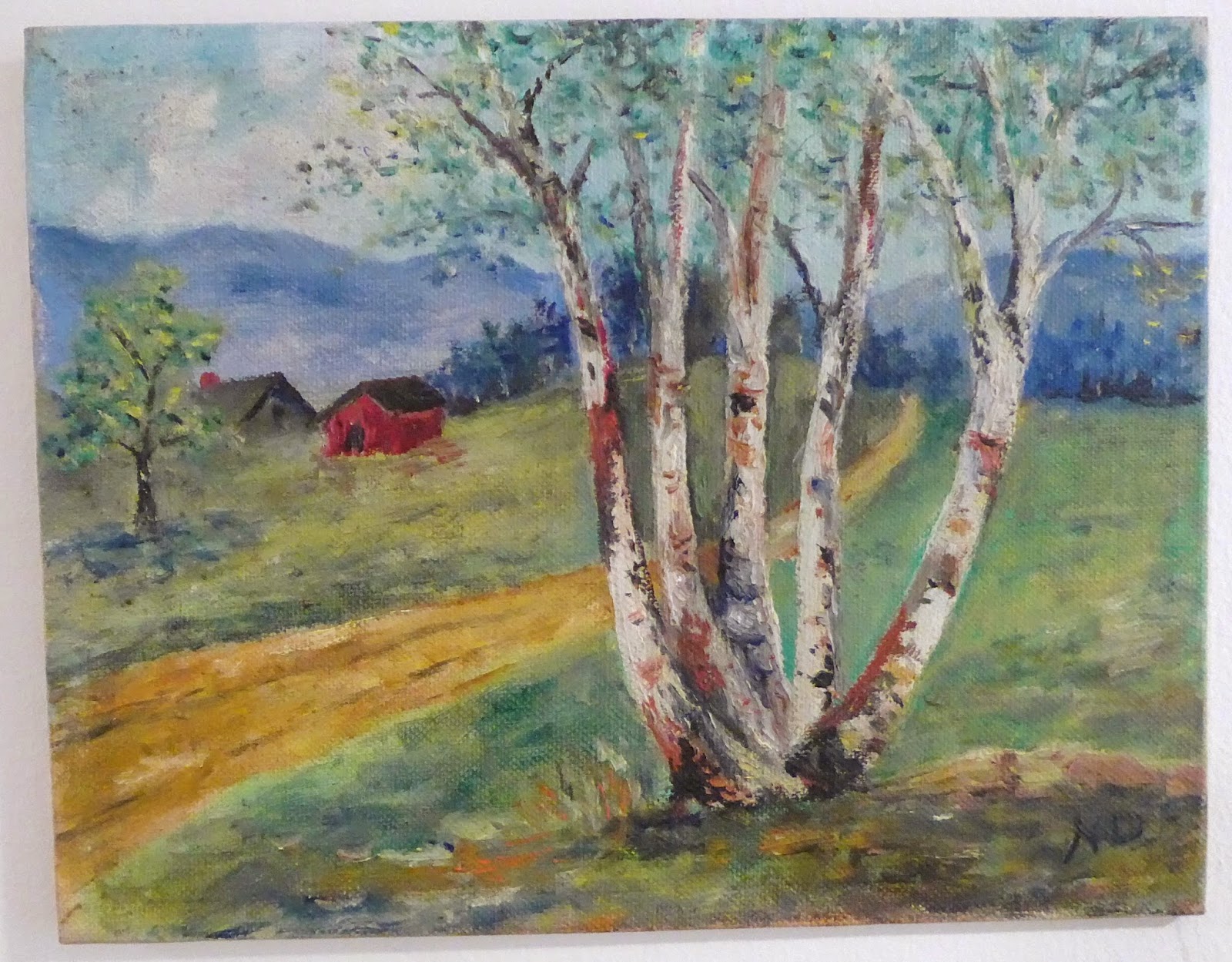 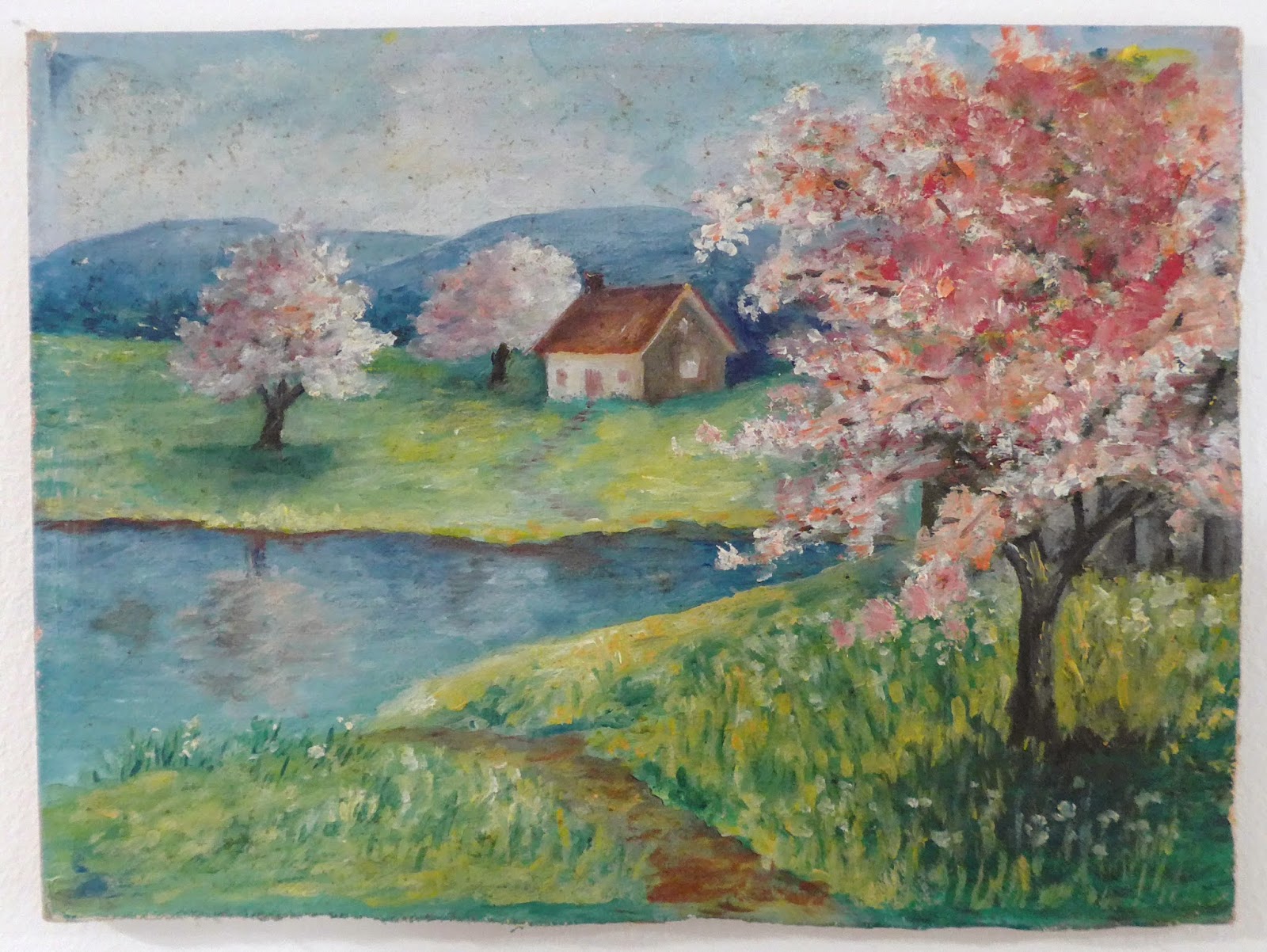 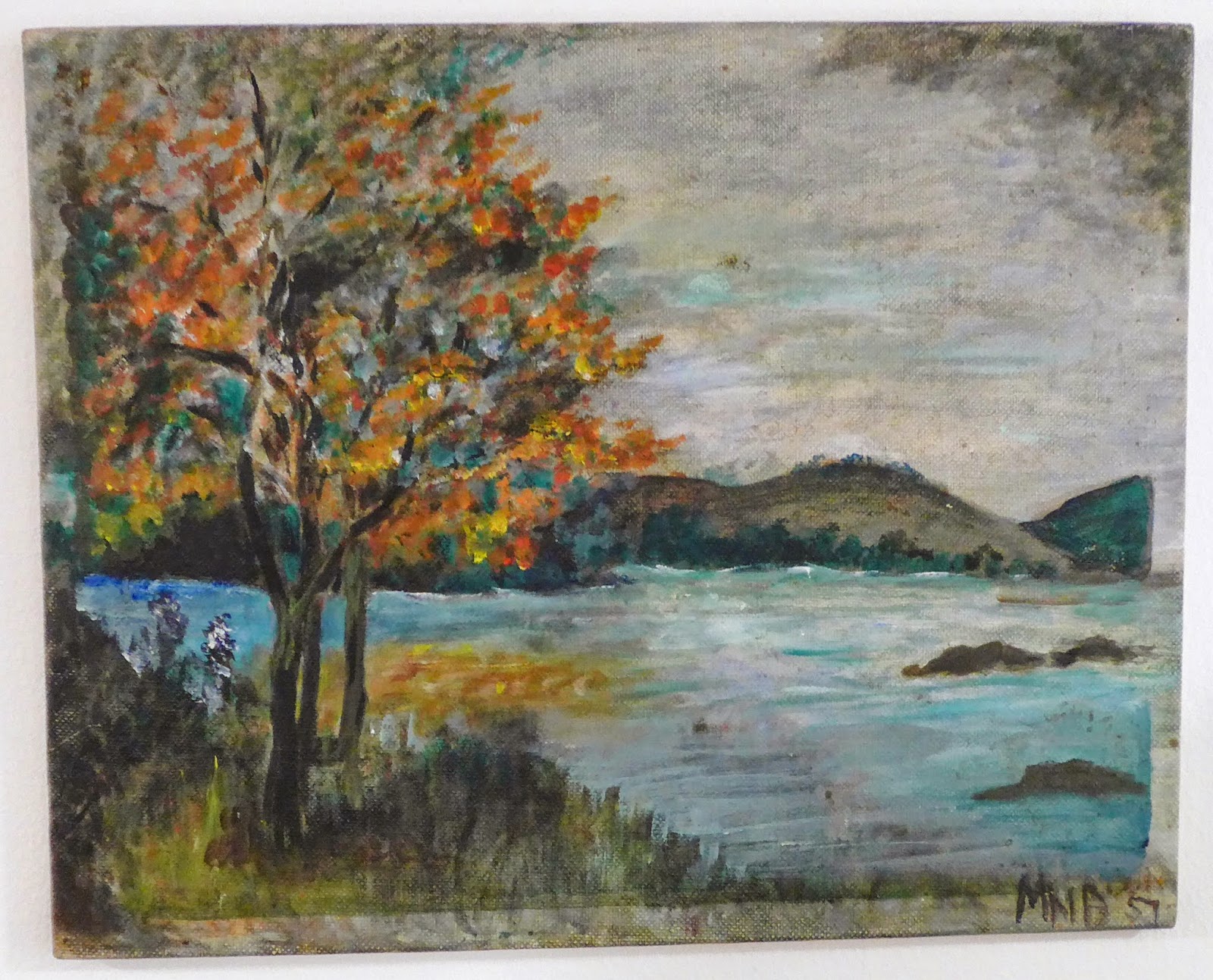 These are hanging in our cabin. When my husband and I were dating we were canoeing out on the lake in early May when a quick storm pushed through and we capsized. I have fond memories of me wearing Nana's house dress and my husband wearing Poppy's pants and flannel shirt which were way too small for him. We had to wait for our clothes to dry near the wood-burning stove. 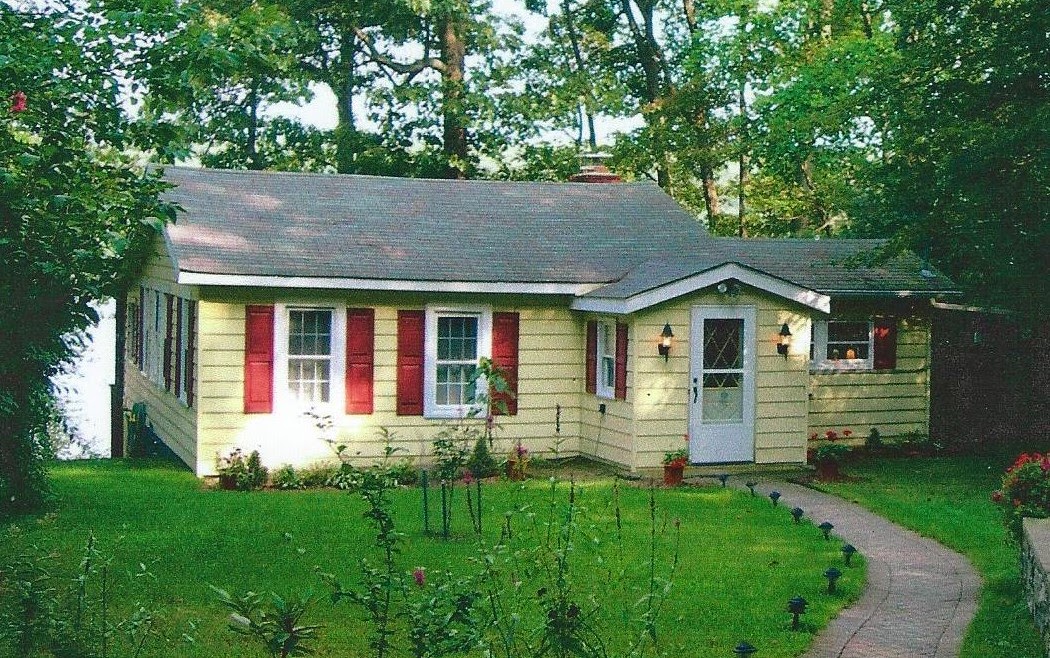 In 2005 I went to an awards dinner that the students in my husband's class were having at Kean University. After it was over we were walking to our car with one of the other professors chatting about his camp and our cabin. As we were saying goodnight I noticed the "Owassa" license plate on his car. I told him about my grandparents place on the lake and that the Wolfe family now owned the house. He smiled and said "I live next door." He arranged for us to meet the owner who so graciously invited us to come inside. It was a day I will never forget :)

We've been back several times since then. Even caught a 23" pickerel at the far end of the lake which we had stuffed. It too hangs in our cabin.