Here are some of my patriotic quilts and other fun things with stars and stripes. Let's not forget Caleb Tichenor, a soldier of the revolution. 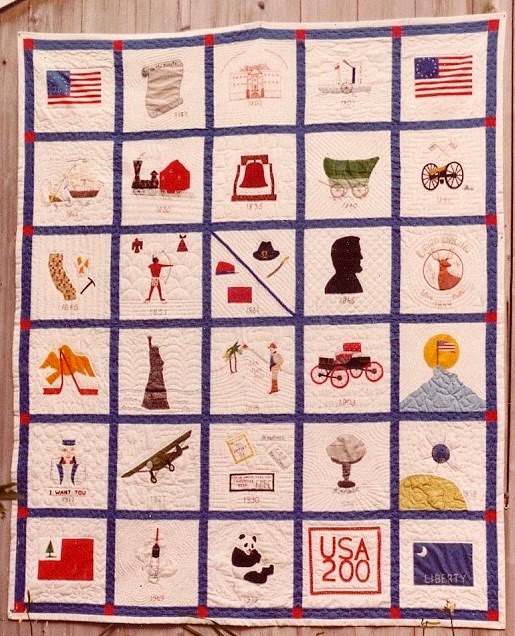 The first quilt I ever designed. Made for the 1976 Bicentennial. 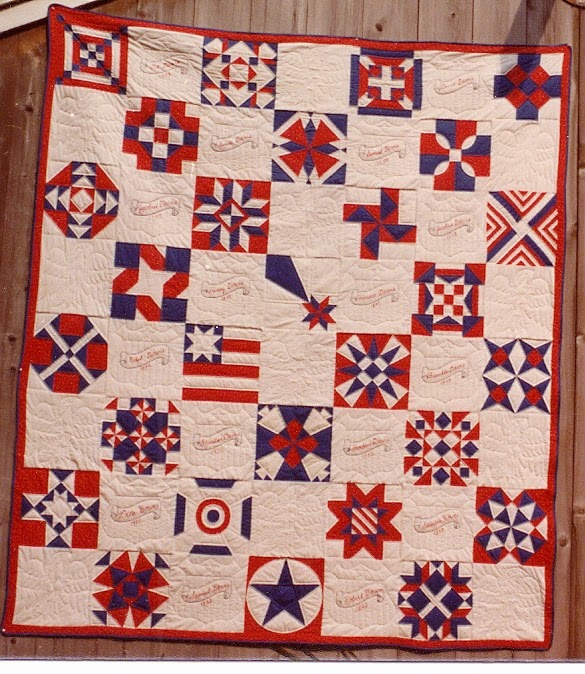 Ancestry made in 1977. You can read about it here. 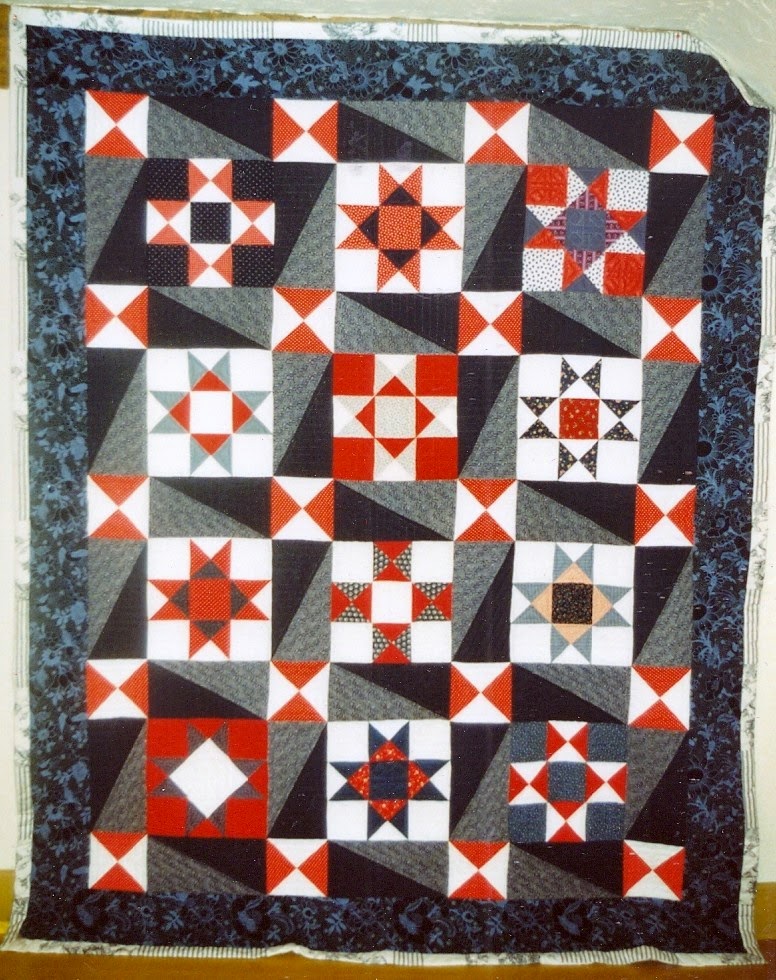 Washington Star. In 1987 I won 12 blocks made by members of Garden State Quilters. 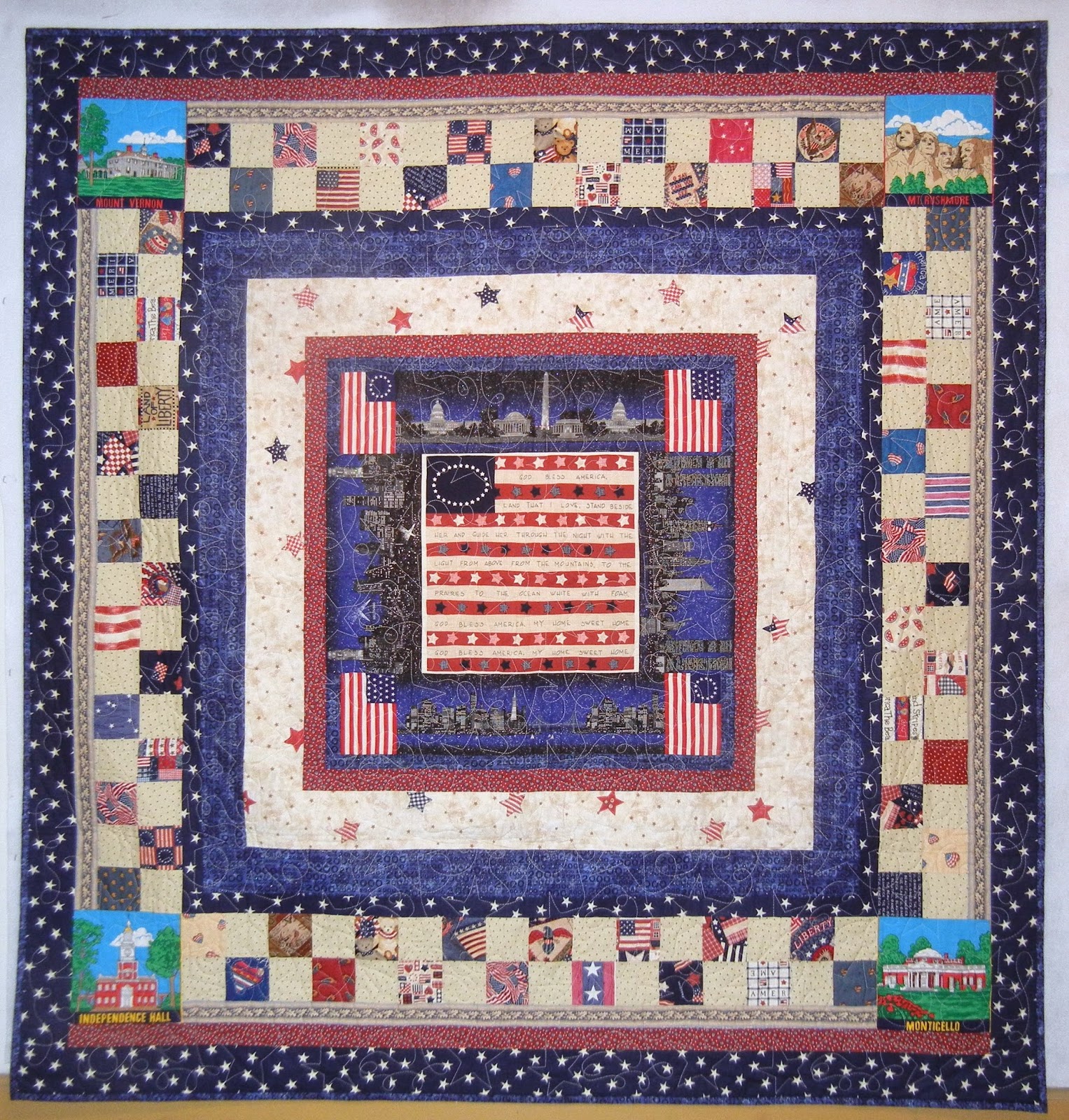 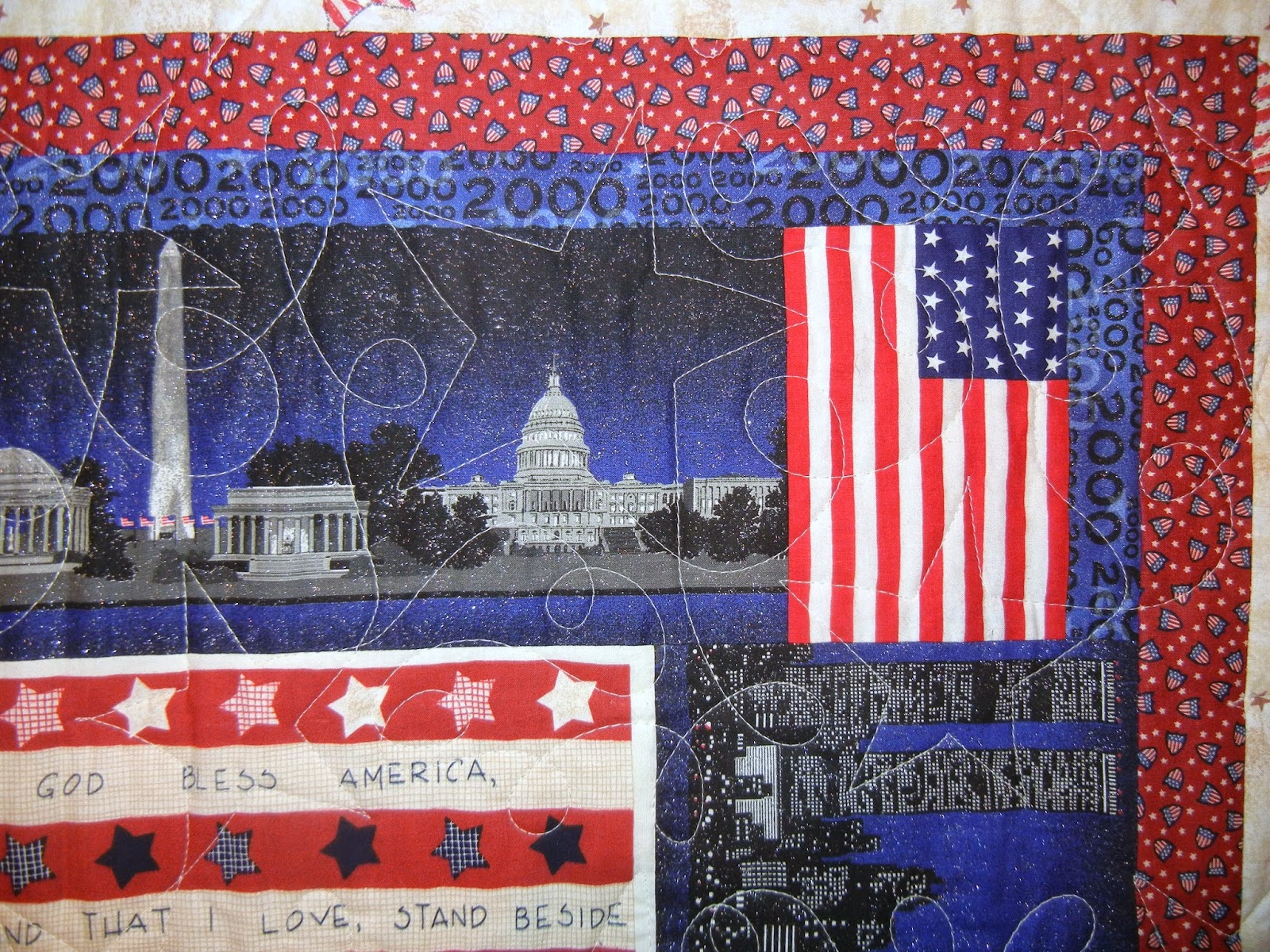 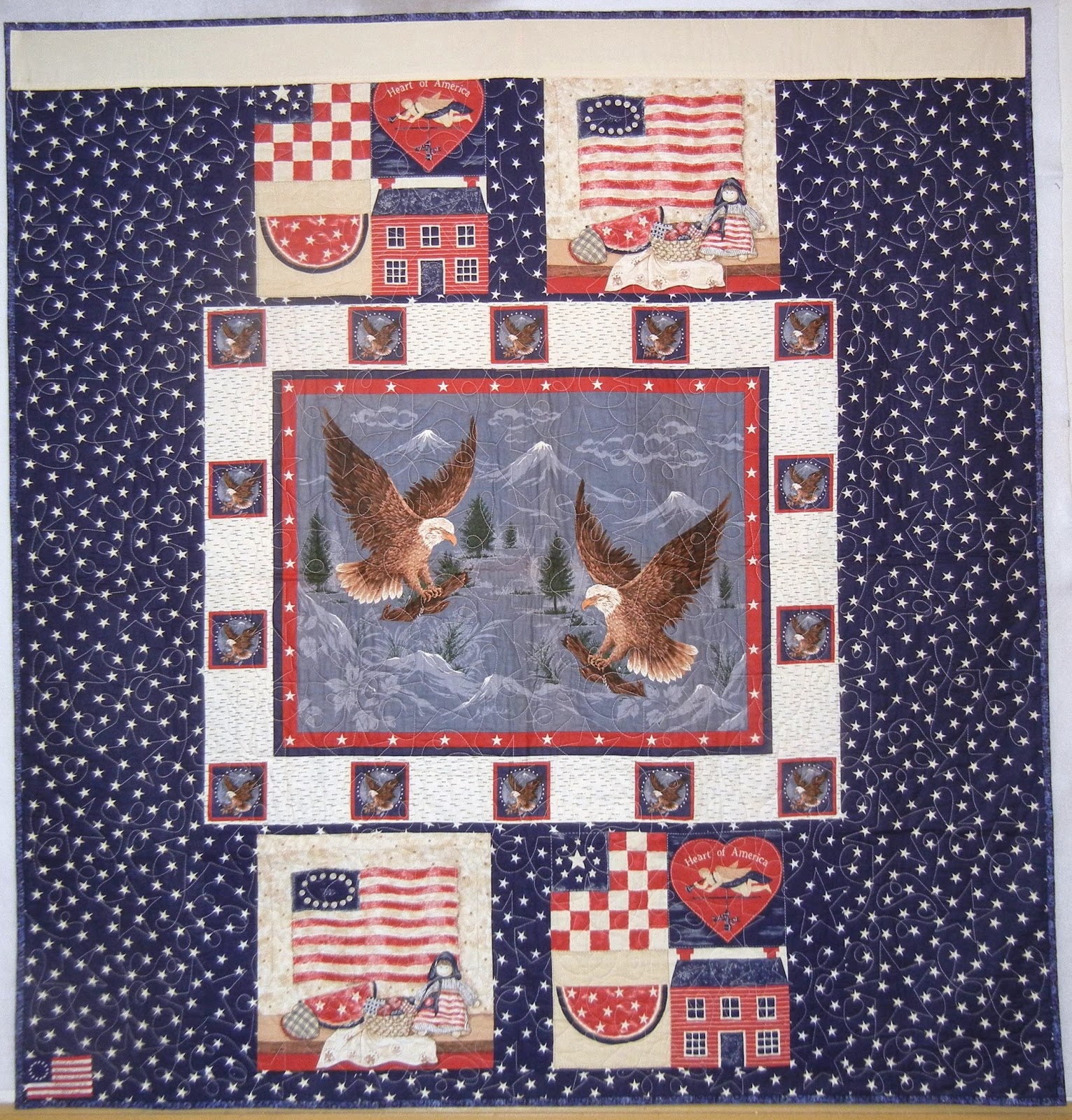 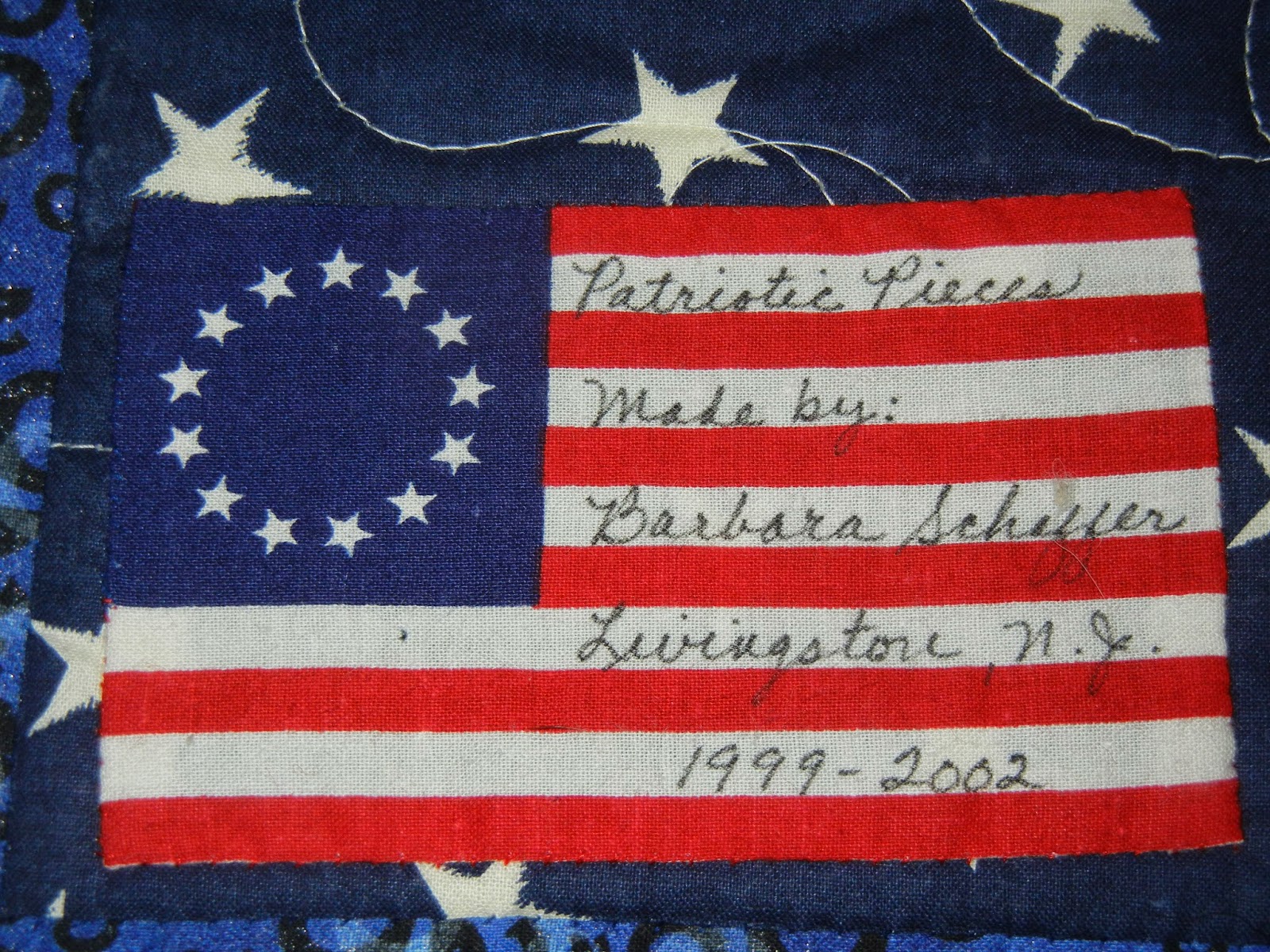 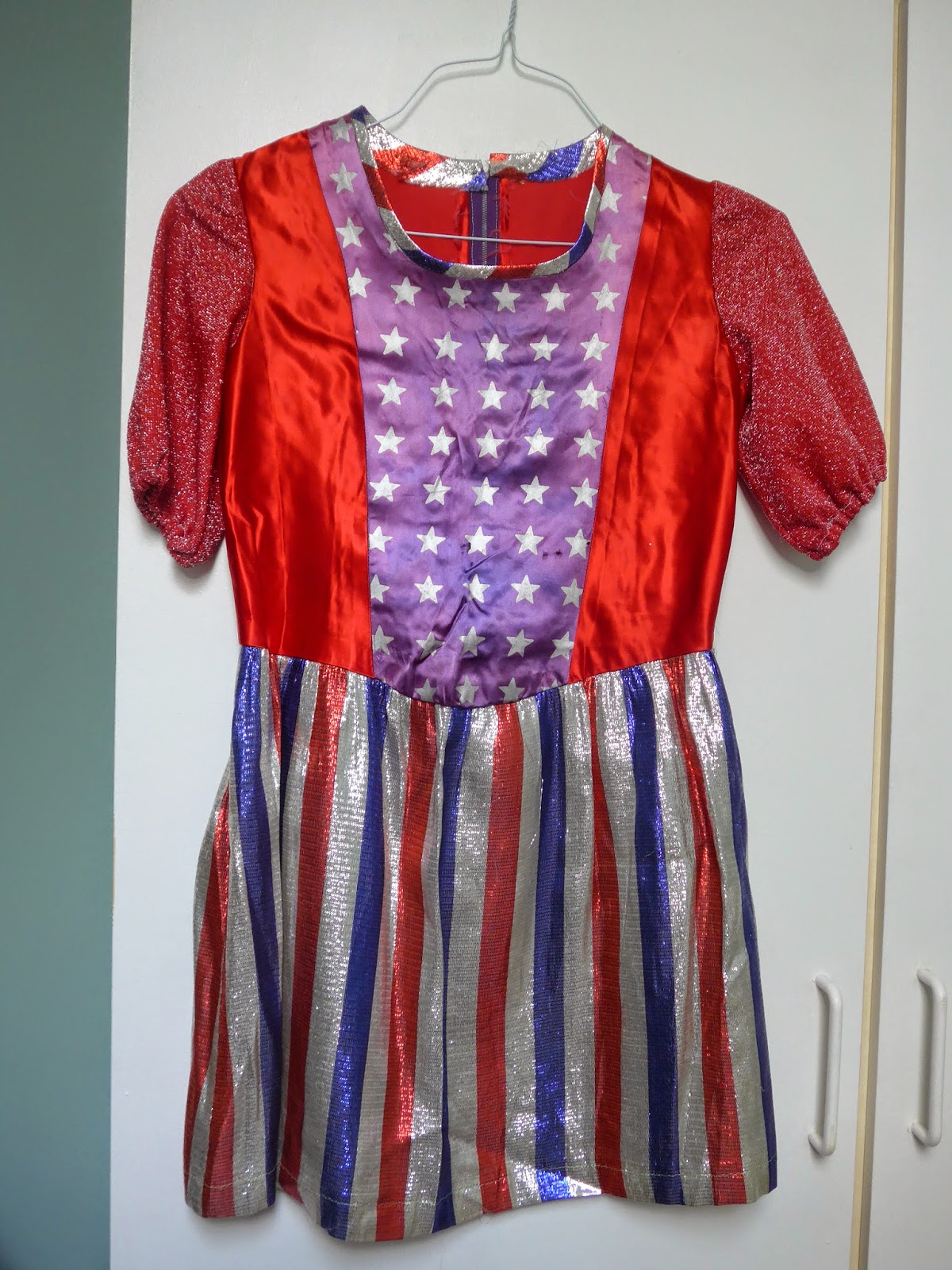 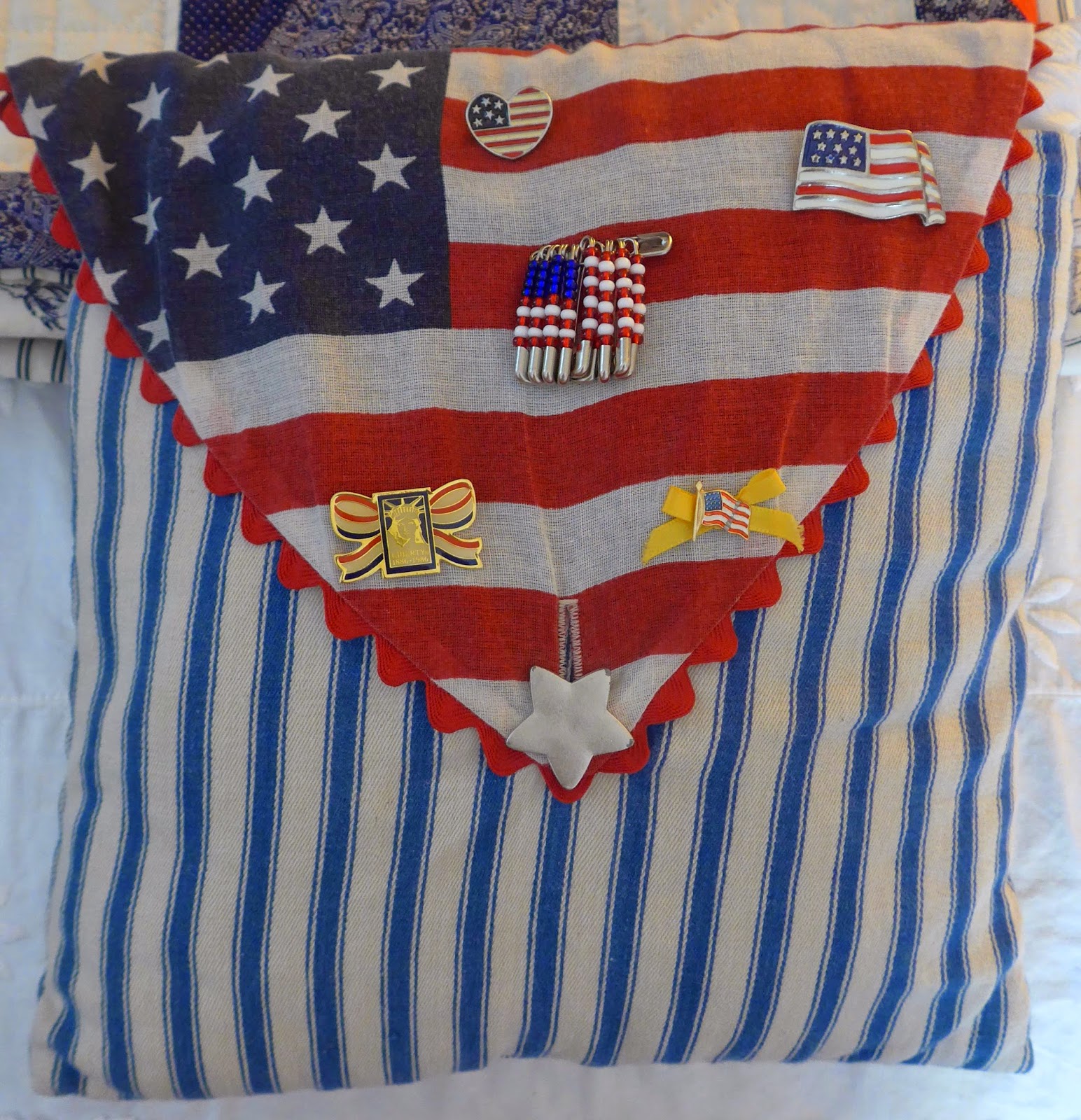 A flea market pillow and a small collection of pins. 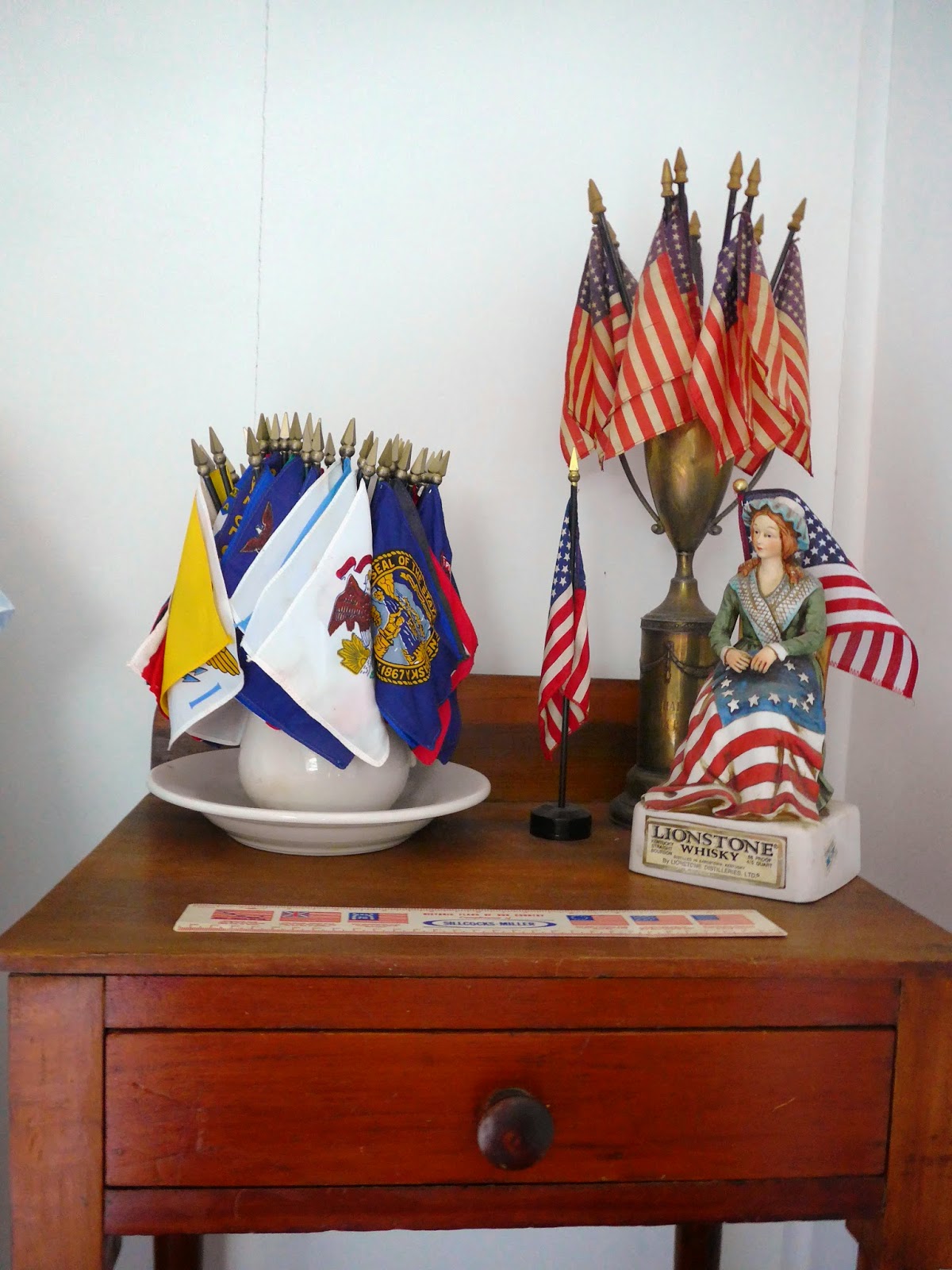 Silk American flags and one from every state. 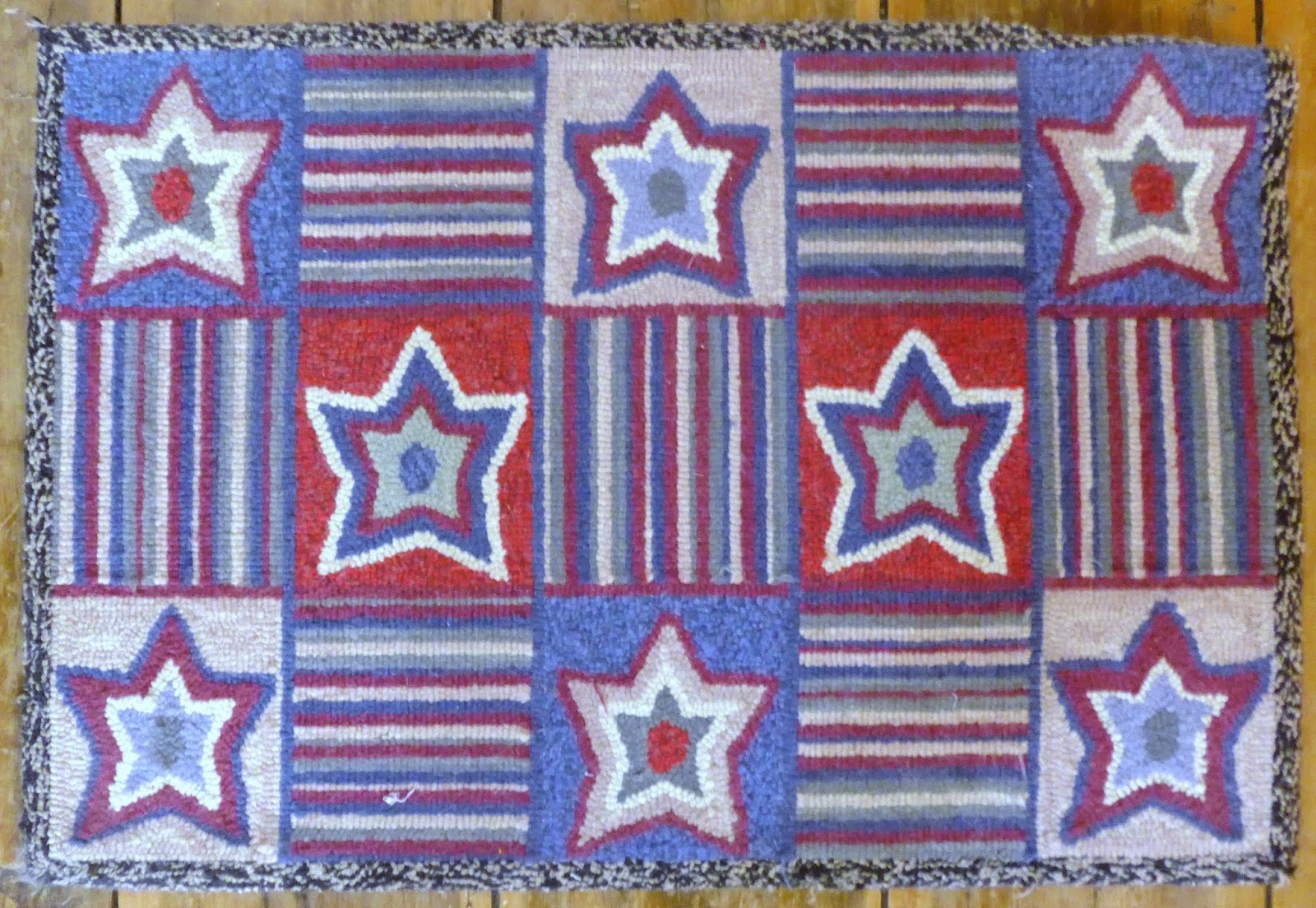 From the gift shop at The Shelburne Museum.

Caleb Tichenor
A Soldier of the Revolution

Early in June 1776 I enlisted at Newark in which township I then resided, for five months under Capt. Abraham Lyon in Col. Van Courtland’s regiment from Newark. I was first marched in New York & from there to Long Island where I was when the British landed on said Island – from there I went to New York & marched to fort Washington & had an engagement there with the enemy. From there I marched to White Plains where we had several engagements with the enemy. From the Plains I marched to Kingsbridge & crossed the Hudson & then retreated back to Fort Lee & was in several skirmishes there. From Fort Lee we returned before the British army below in New Brunswick in New Jersey.

Caleb continued to be called into service through 1781 and served his country for 28 months as a private in the revolution. 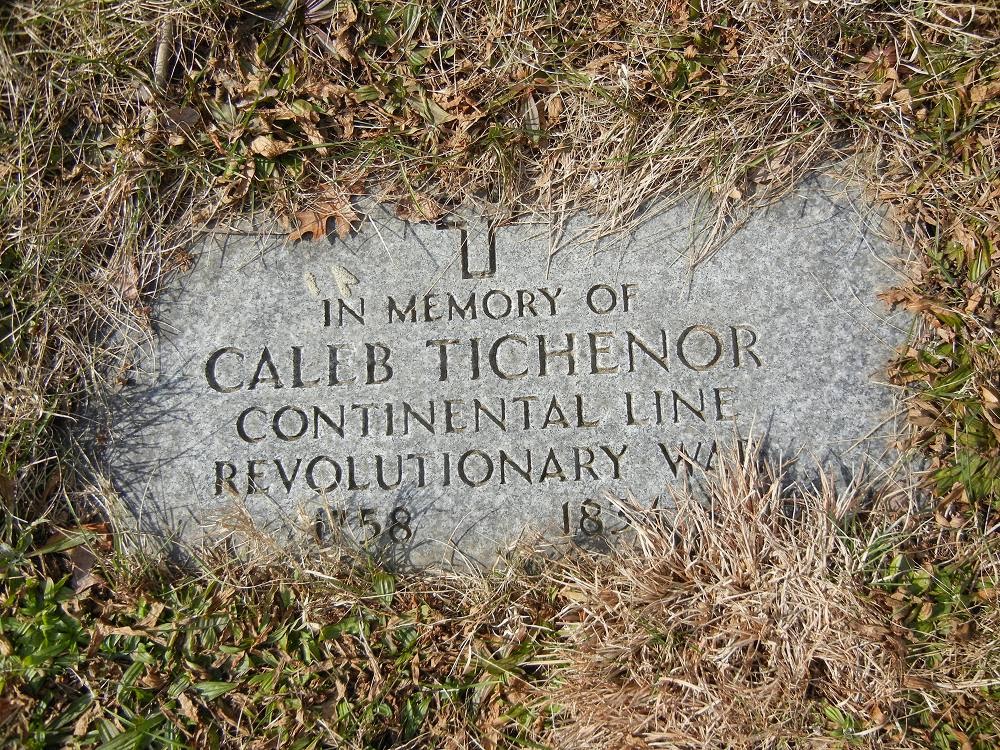 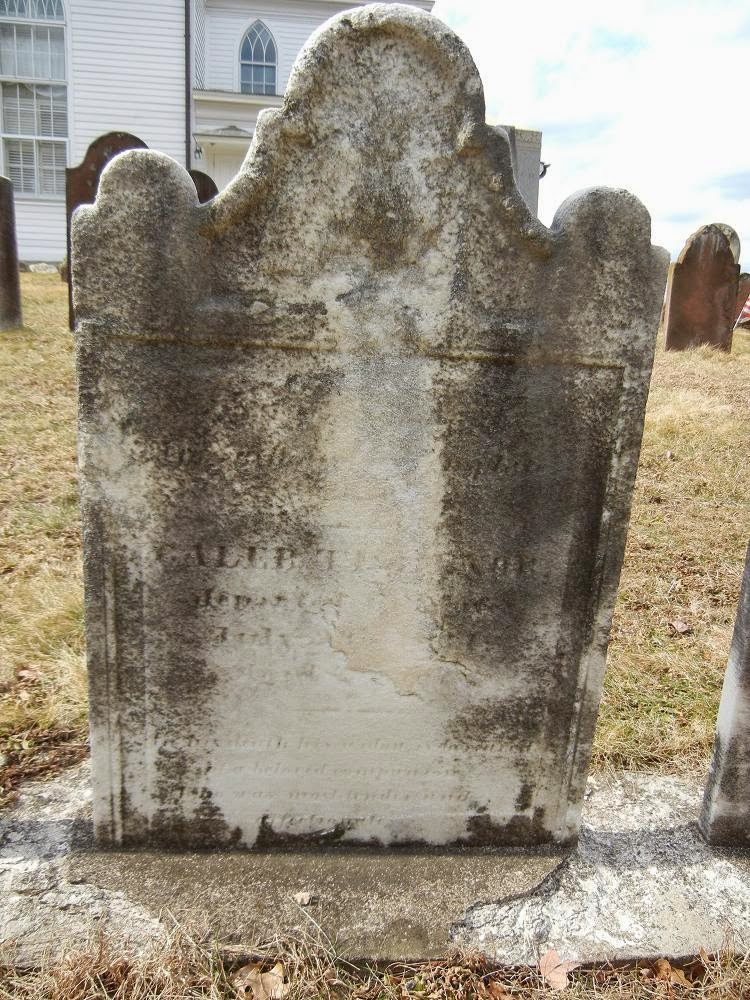 Stranger Approach and contemplate
the Grave.
Caleb Tichenor
departed this life
July 29th 1834
Aged 76 years
In his death his widow is bereaved
of a beloved companion
Who was most tender and
affectionate.
His children of a Father most kind
and indulgent,
Society of a benevolent upright and honest man.

Have a great 4th!