In 1908 when my maternal grandfather, Stanton M. Bower (1888-1965) was 20 years old he enlisted for five years as a private with the NY National Guard, Battery B, 2nd Field Artillery. He was also a talented artist and musician. In 1909 he composed a song Dear Old Stars and Stripes and dedicated it to the Officers and Men of the Second Battery. 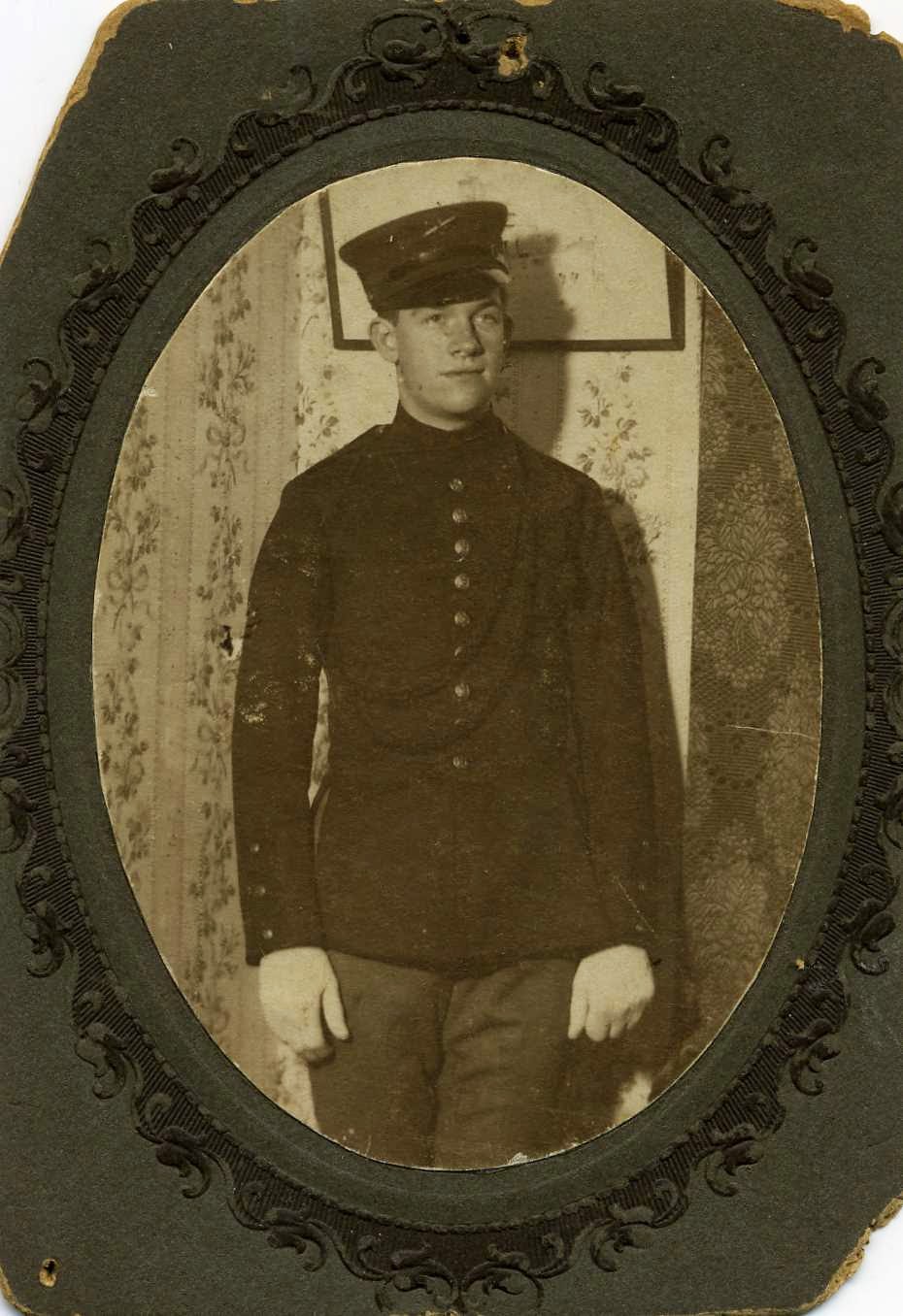 At the time of his enlistment he was living at home with his mother, Irene McCord Bower and his sister, Leila, in the Bronx. His father, Samuel Bower, left home in 1901. 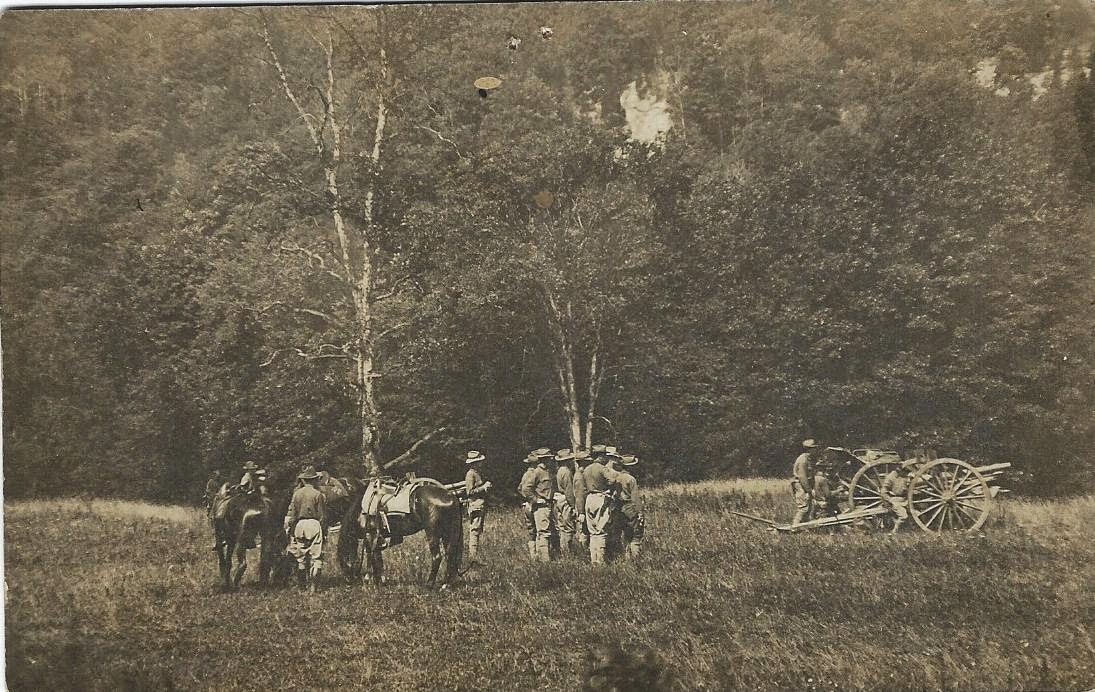 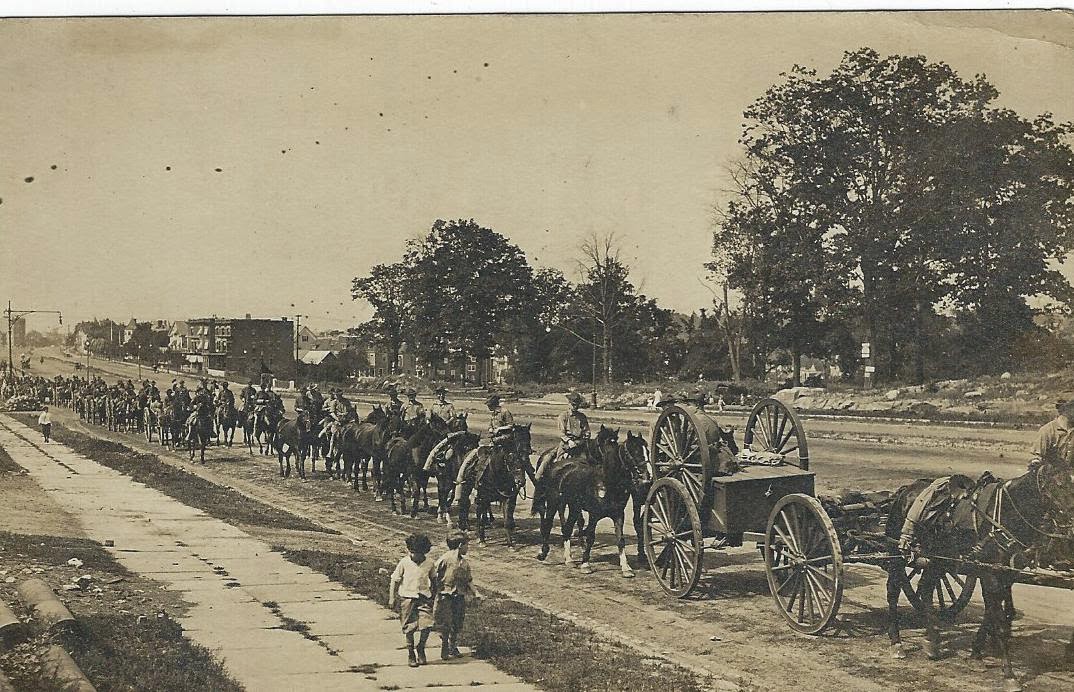 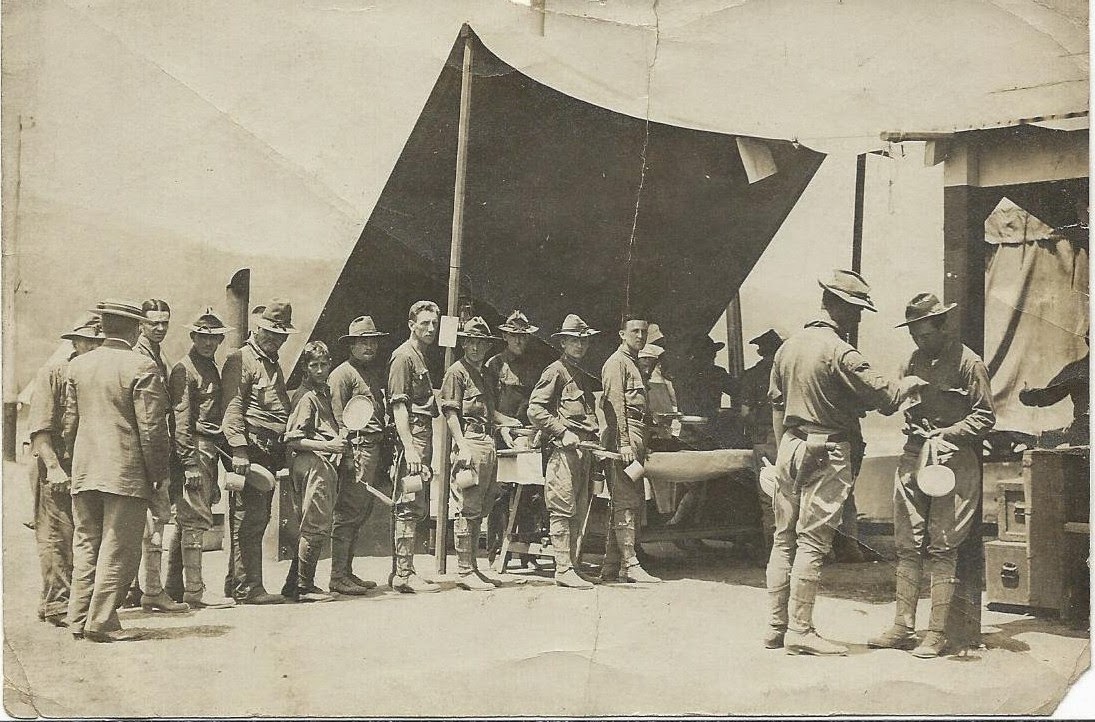 The top two are postcard photos. 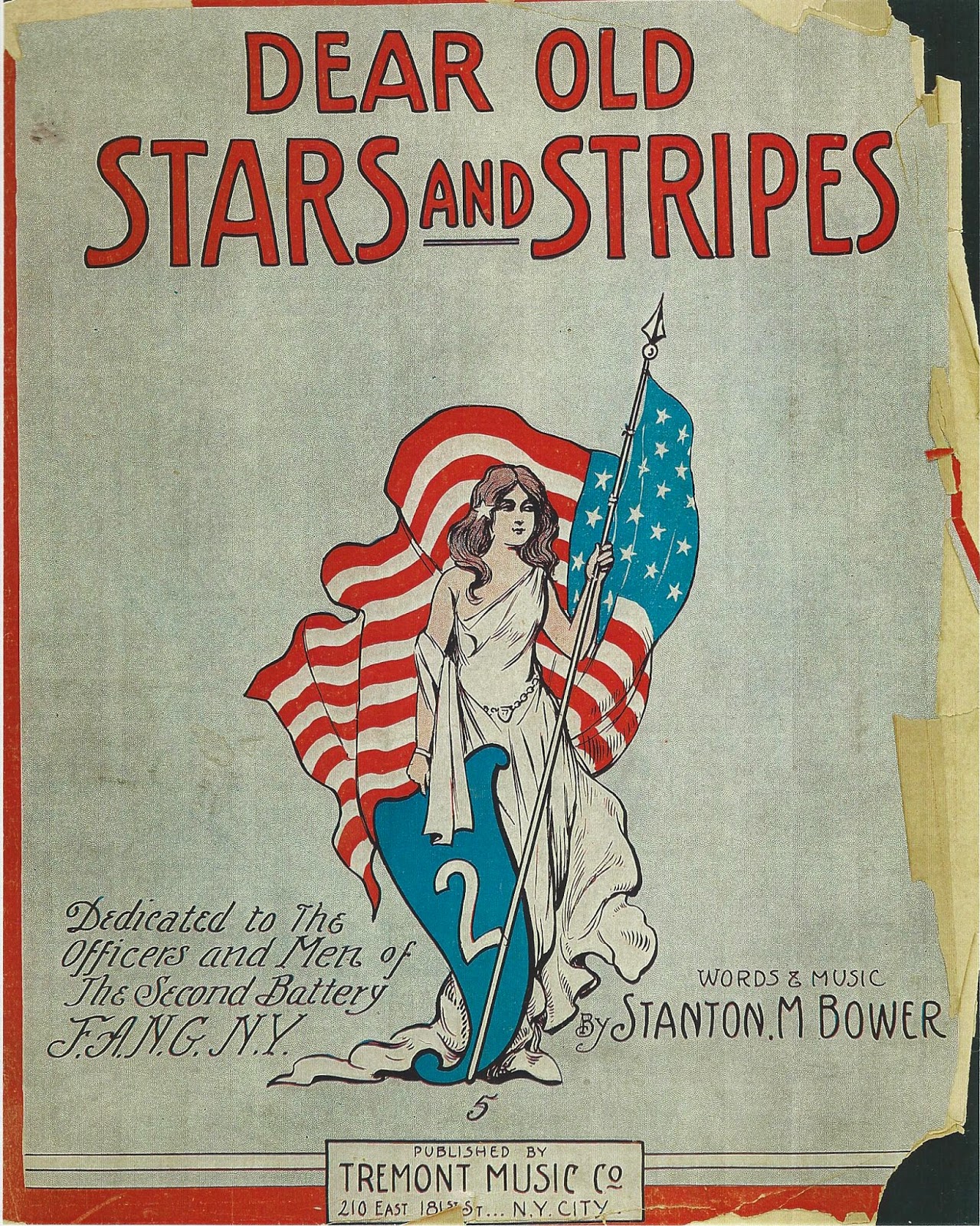 Dear Old Stars and Stripes was published by the Tremont Music Co., 210 E. 181st Street, Bronx, NY, my grandfather's home address. In addition to writing the words and music he also did the artwork for the cover.


"When the call "to arms" is sounded,
When we hear the bugle blow,
Bid farewell to all our sweethearts
As off to war we go. . . " 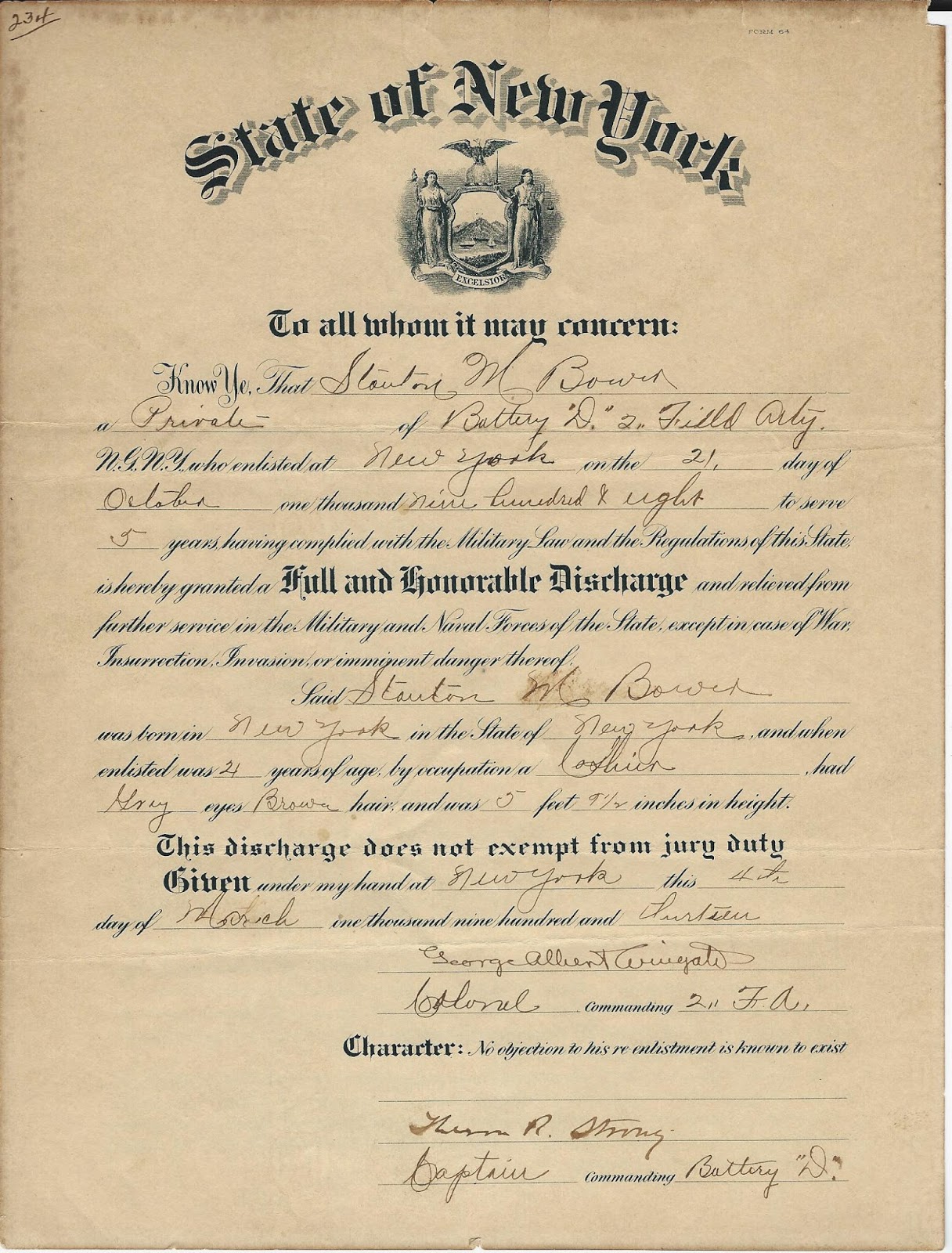 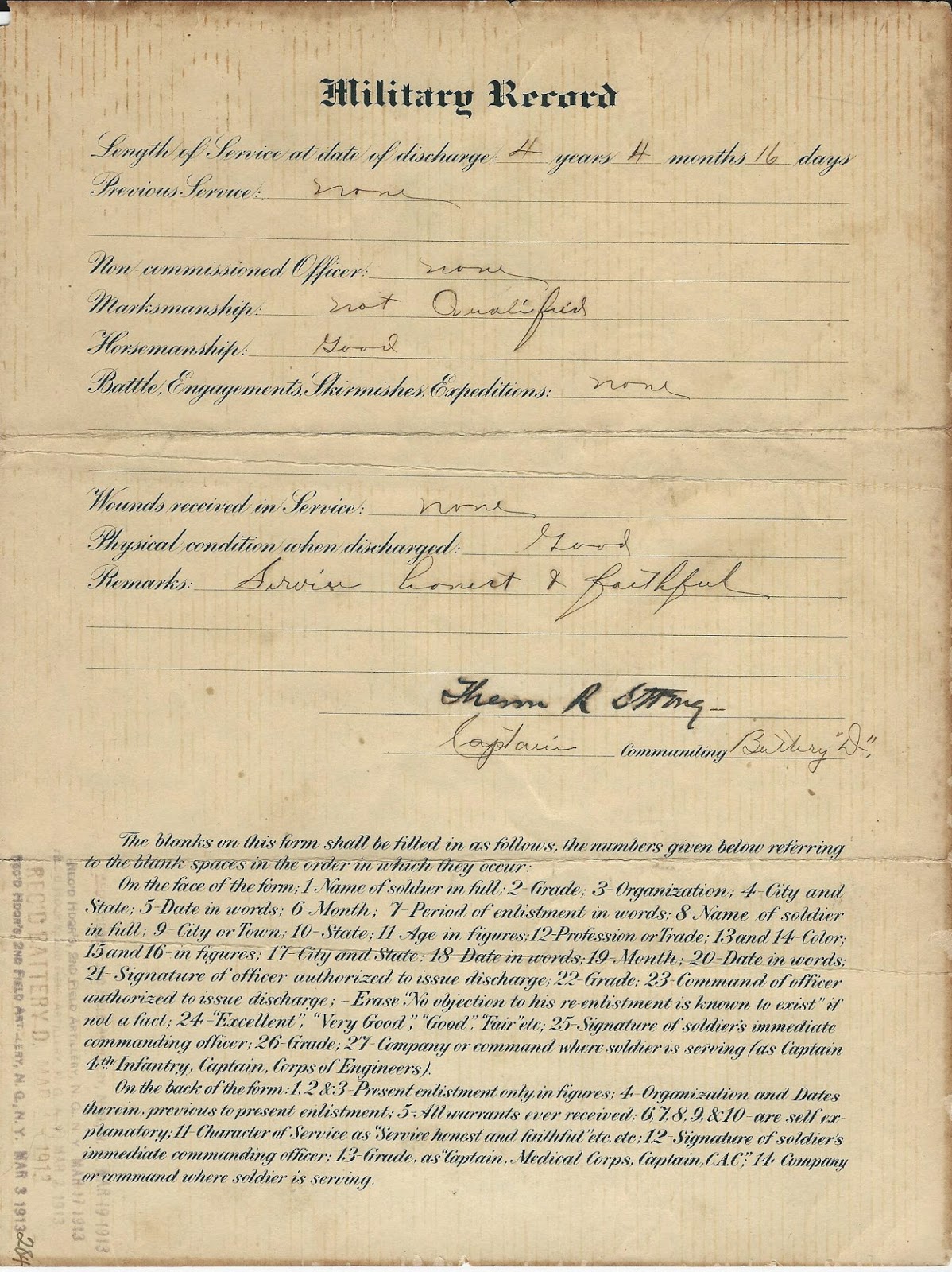 He was discharged on March 4, 1913. His horsemanship was "good" and his "service honest and faithful." 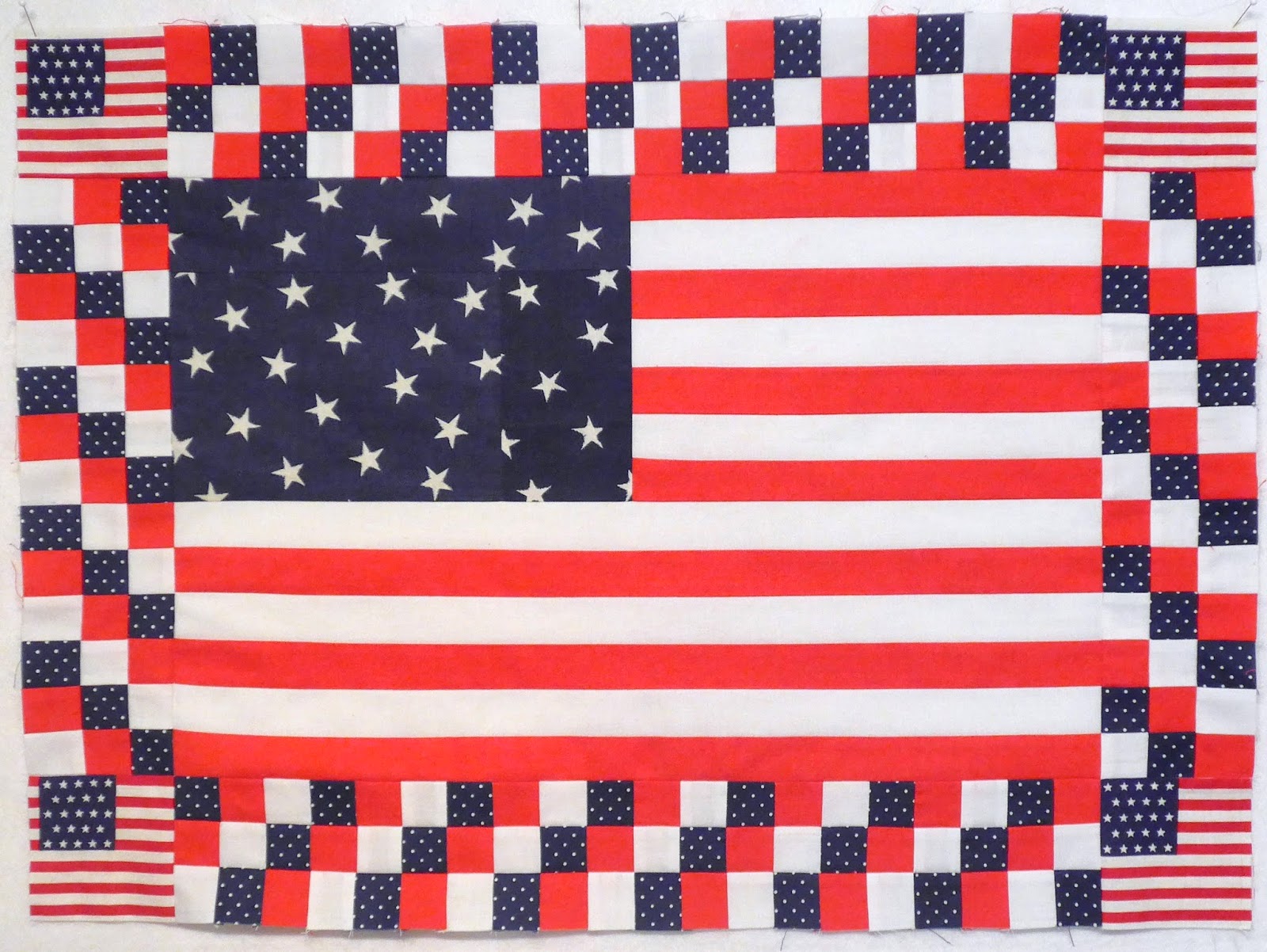 Last month I made this small quilt top. I'm thinking it needs to be softened with some tea-dye and I might even write in the words to the chorus:

Dear Old Stars and Stripes we love you,
And to you we'll e'er be true,
Dear Old Flag your stars shine brightly,
On your pretty field of blue . . . "