In 1996 I made my Aunt Midge a quilt and named it Midgie's Memories. It was both a Christmas and a birthday present because she was born on January 2nd. Today she would have been 90 years old. 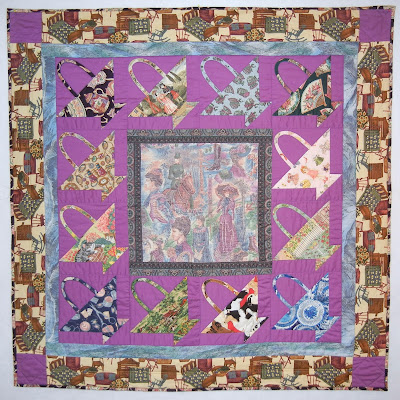 After I decided on this simple basket pattern I made a list of her interests and then chose fabrics to represent them. Starting upper left and clockwise: love of antiques, Midgie and Warren, vintage hats, fans and accessories, paper dolls, backyard flower garden, blue and white china, dogs, Vermont, sewing, cats, and jewelry. 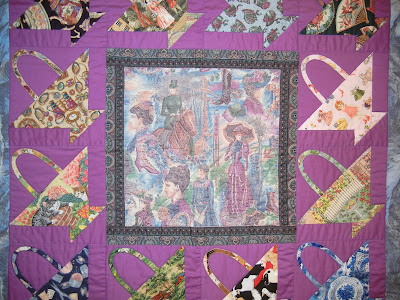 I chose the Victorian ladies fabric for the center panel because we were avid vintage clothing collectors but . . . 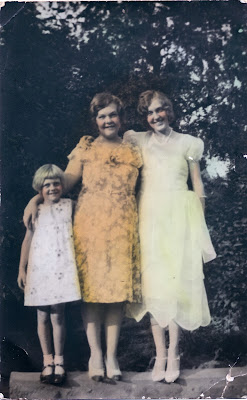 . . . she always said the center panel represented her and her sisters, Leila (center) and Etta (right, my mother). There was a 7 year age difference between each of them. 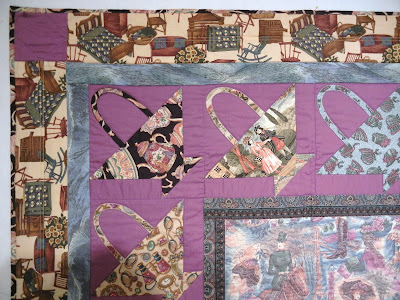 Through the years Midgie and Warren refinished lots of antique furniture. This border fabric was perfect. 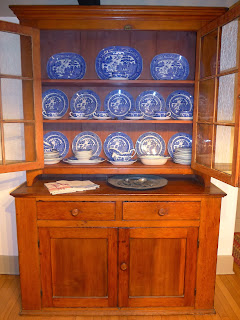 Their pine hutch is one of my most treasured antiques. 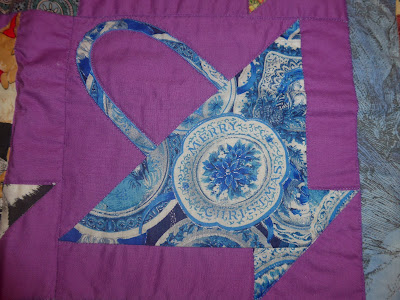 This block represents the Blue Willow dishes that once belonged to my Great Aunt Leila and Uncle George. 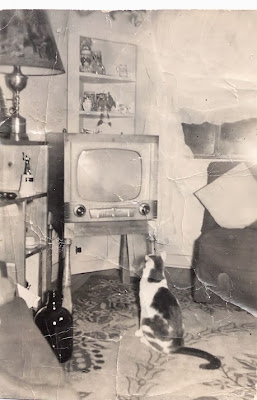 Ever since she was little, Midgie loved animals. The year before she died she put together a binder with photos and documentation of every cat and dog she ever owned (or even hoped to own:-) This is her 4th cat Frisky watching TV. She wrote: "From the barracks, we moved to a garden apt. . . "No Pets." After living in our apt. for sometime, a stray cat wandered into our section of 3 buildings. Everyone was feeding him and the children named him Frisky. Midge & Warren adopted him. We were never caught keeping him in our apt. When the owner came around the superintendent warned us. He loved cats." 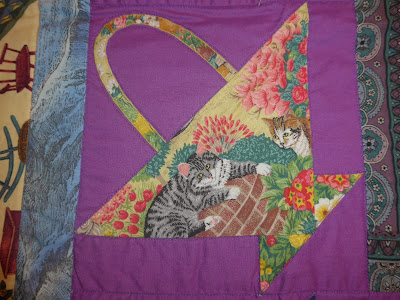 This block represents not only the many feral cats she fed and trapped for neutering but also the ones she owned. 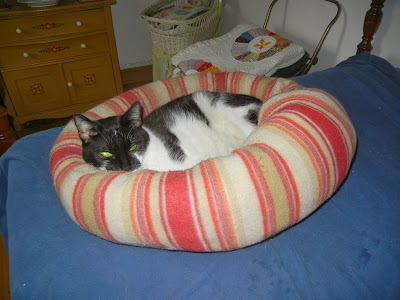 Rosie is one of two cats I inherited after she died in 2009. His official name is Roosevelt named after Rosey Grier but having the name Rosie sure causes lots of confusion because everyone thinks he is a SHE. Rosie is about 14 yrs old now and diabetic. 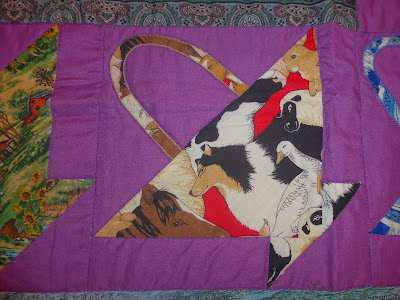 During her lifetime there were more than several dogs--including two collies. 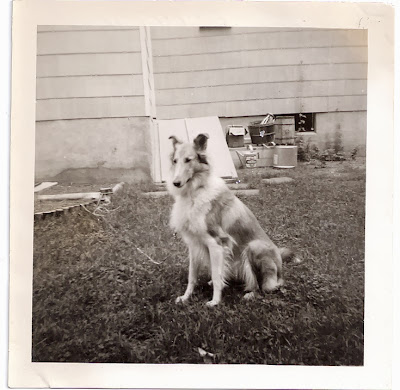 I was twelve years old when my parents bought me a collie puppy. Her official AKC name was "Barstan's Princess Lassie" but we just called her "Lassie." When my mother became ill with breast cancer and it became impossible to care for a puppy she asked Midge & Warren if they would take her. Lassie and Frisky lived long and happy lives and both are buried in Hartsdale Pet Cemetery in Westchester County, NY. 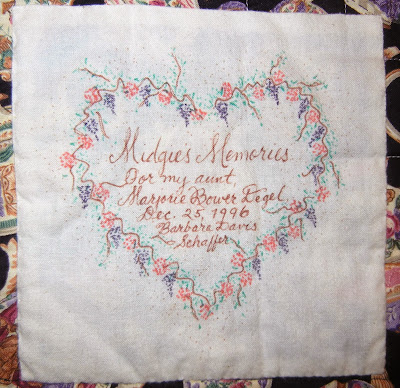 When the quilt was finished I made this label using the techniques I learned in a workshop with Susan McKelvey, author of Friendship's Offering: Techniques and Inspiration for Writing on Quilts.