One of the houses on the Essex County NJ's Historic House Tour this weekend was the birthplace of Grover Cleveland, the 22nd & 24th President of the United States. Four rooms on the first floor were open to the public: kitchen, rear parlor, birthroom, and exhibit gallery. 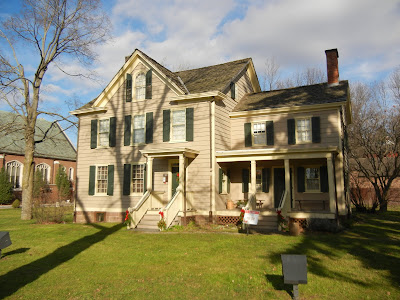 When the house was built in 1832 it served as the Parsonage for the First Presbyterian Church in Caldwell, NJ. Grover Cleveland's father, Reverend Richard Falley Cleveland, was the minister of this church from 1834-1841.  The house is a designated State Historic Site and is the leading repository of Cleveland artifacts and political memorabilia. It has been maintained as a museum since 1913. 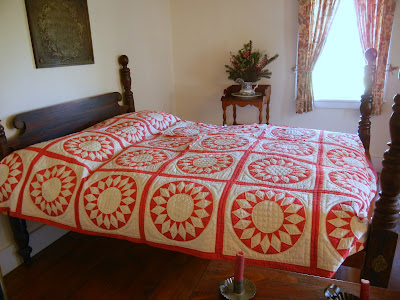 Grover Cleveland was delivered by a local midwife in this room on March 18, 1837. 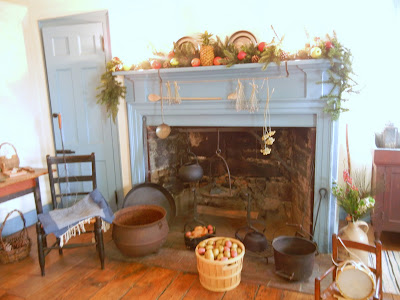 The quaint kitchen with its original wood floors was used for cooking, weekly baths, and children's parties. The cast iron pot by the fireplace had been used by Grover Cleveland's mother, Ann. 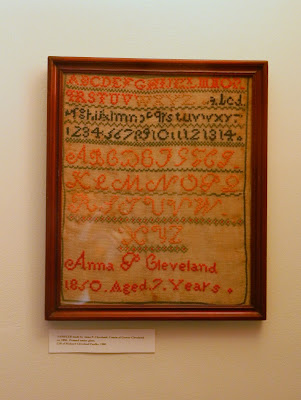 This 1850 sampler was made by Grover Cleveland's cousin, Anna P. Cleveland when she was 7 years old. It is displayed in the Rear Parlor. 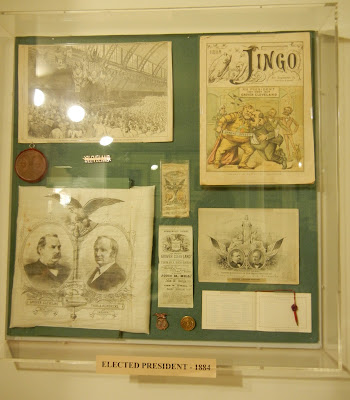 Glass cases in the Exhibit Gallery contain Cleveland memorabilia from 1884 when he was elected President. 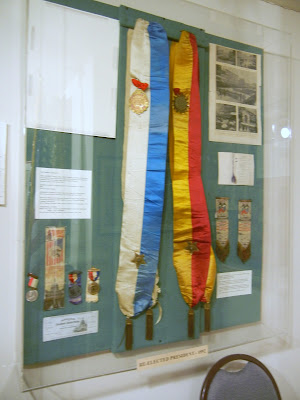 Memorabilia from his re-election in 1892. 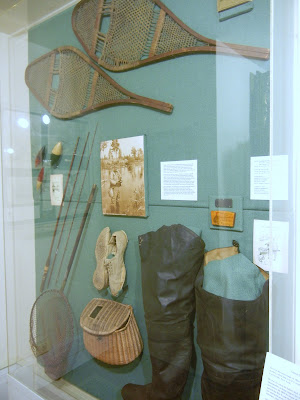 An avid fisherman, Grover Cleveland often traveled to the Adirondacks in upstate New York. In 1886 the President passed through the small town of Ausable Forks, NY, stopping at The Graves Mansion on his way to Paul Smith's, one of the great 19th century Adirondack hotels.
Grover Cleveland is buried in Princeton, NJ.
Posted by Barbara at 4:51 PM