One of my goals was to make this little counted cross-stitch pic of Abe and George in time for Presidents' Day. 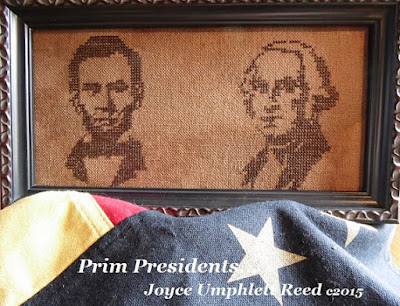 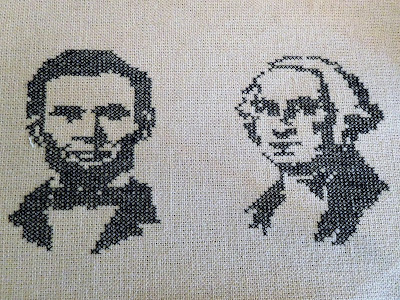 Now that it's done I see my images are a little shorter/rounder than the original. I used some Prairie Cloth that I had purchased for another project so guess the thread count/size was a little off, lol! 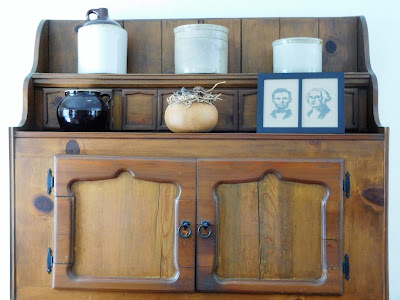 I found the perfect frame at Michaels and placed the picture on top of our hutch in the family room. It's right in my line of vision when I quilt :) 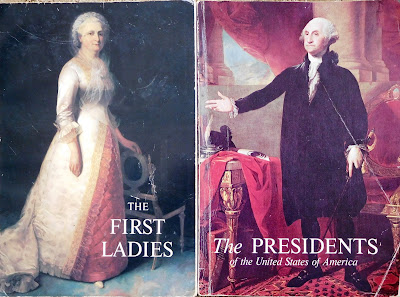 I have a small collection of President-themed books and these are my favorites. 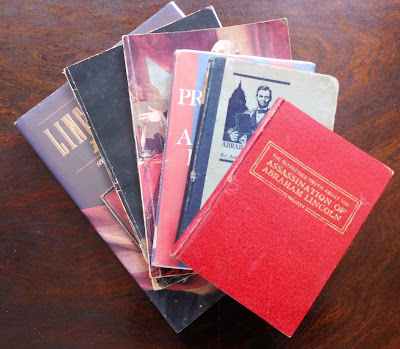 Here are a few more. The top two belonged to my grandfather, Stan Bower.

He was a true Lincoln fan as well as an accomplished artist and did this pen and ink sketch in the '20s . . .

. . . and designed this layout of Lincoln and the Gettysburg Address in 1930. 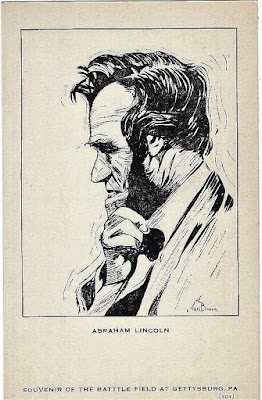 His Lincoln postcard was sold as a "Souvenir of the Battle Field at Gettysburg, PA."

We had a brief storm the other day with about 3" of heavy wet snow which disappeared nearly as fast as it arrived. 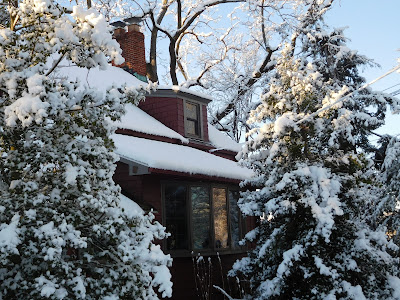 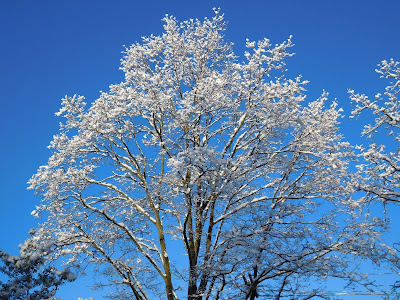 While it was here the sky was so blue and the trees so white. 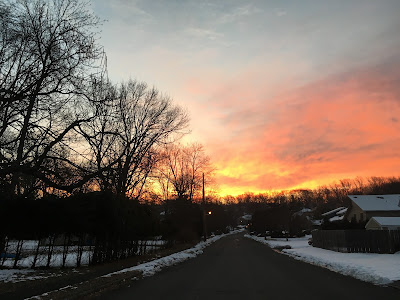 When I was in 7th grade my history teacher made us learn the names of the presidents in order, something I will never forget. Because there were two with the last name Adams and to help us remember--the first was Adams, the second Quincy; the two Roosevelts were Teddy and Franklin. Here goes . . .

Have a great week :)