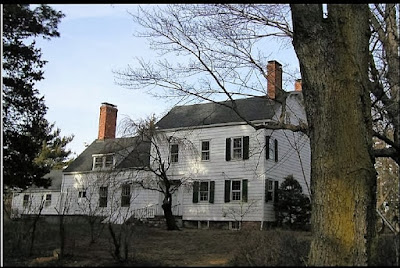 The original house (center section) was built by Theophilus Ward in 1745 and consisted of one large room both downstairs and upstairs. In 1777 Samuel Force, a French Huguenot, purchased the house for his son, Thomas (b. 1758), who served in the Revolutionary War and was a prisoner of war on the British ship "Jersey." Thomas and his wife, Hannah Smith, moved into the house after the war and had ten children. 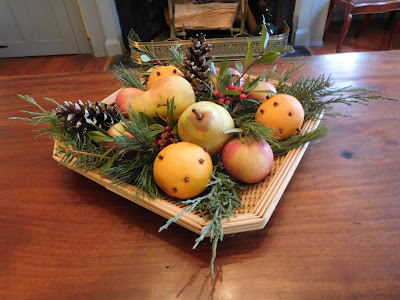 Every year the historical society decorates the downstairs with fresh-cut greens and fruit. 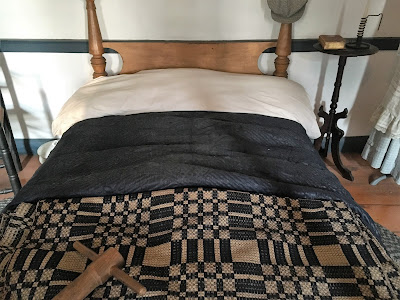 My favorite room is the "blue bedroom" with its calimanco (glazed wool) spread. 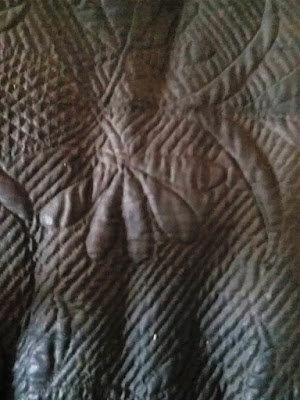 My friend, Renee, and I tried taking some detailed pics but it was really difficult to capture the color. 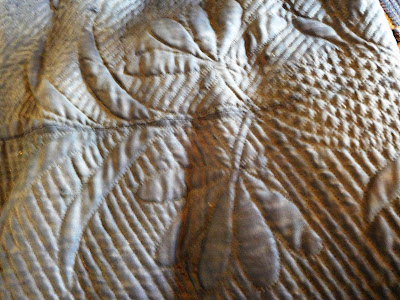 Most turned out silvery-gray instead. We couldn't figure it out. 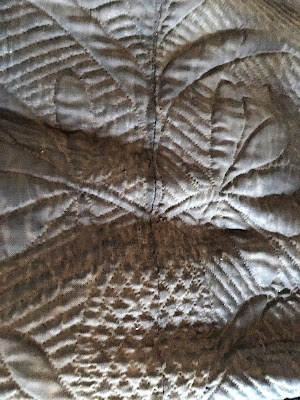 In any case the quilting is quite beautiful. The center looks like a pineapple. 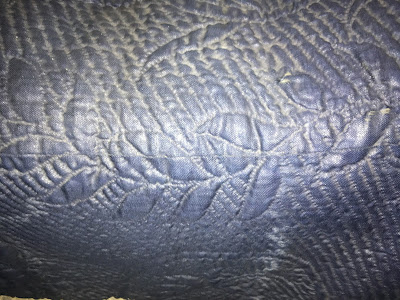 And along the edge is a lovely vine.

There were several other quilts displayed on chairs. 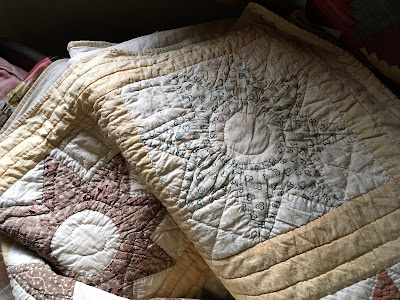 A Friendship Star variation with a thick batting. 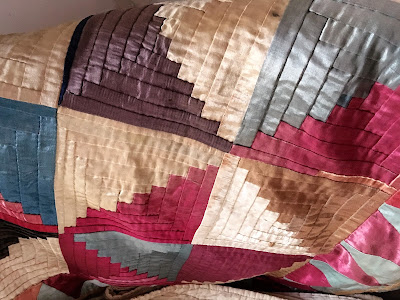 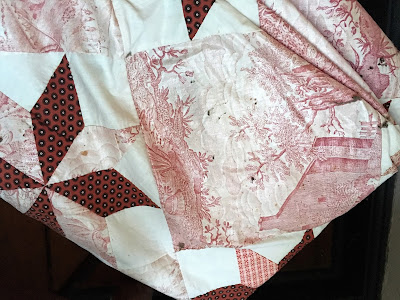 And a chintz star with toile setting squares. 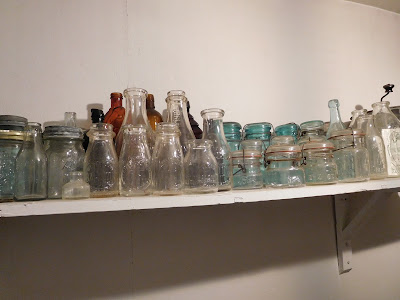 On the way out I took this pic in the buttery where many of my milk bottles reside :) 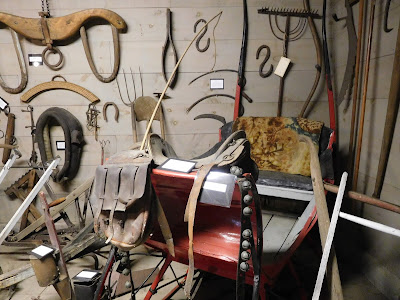 The most recent project at the house was total reorganization and labeling of all the tools in the barn by a young man who was earning his Eagle Scout badge. He did an outstanding job!

Hope you have a wonderful week!