In the Spirit of '76: Bicentennial Souvenirs and Remembering a Soldier of the Revolution. 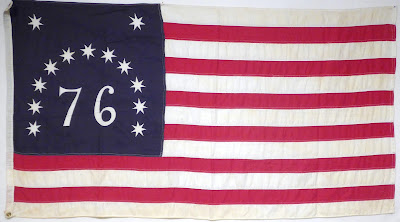 The Bennington Flag. "76" is also the number of our house :) 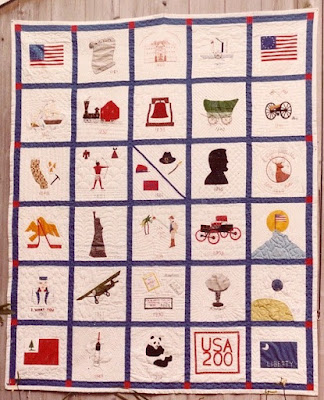 The first quilt I ever designed was for the Bicentennial. 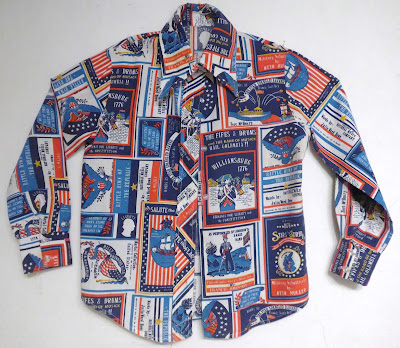 A shirt for my daughter.

A pennant from a trip to Washington, DC. 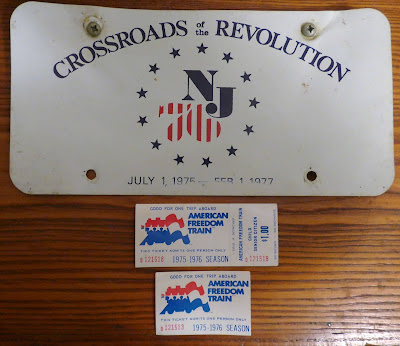 A NJ license plate and ticket stubs from the American Freedom Train. 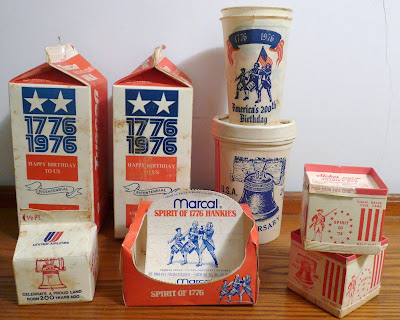 All sorts of patriotic containers--milk, ice cream, tissues, cups, etc. A 1/2 gal. of milk was 77 cents. 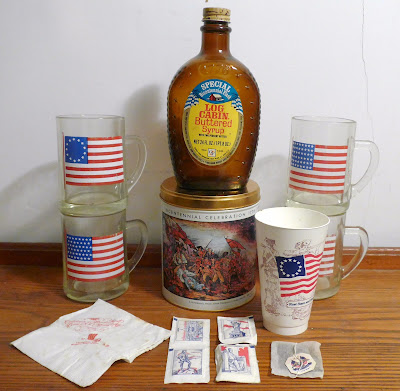 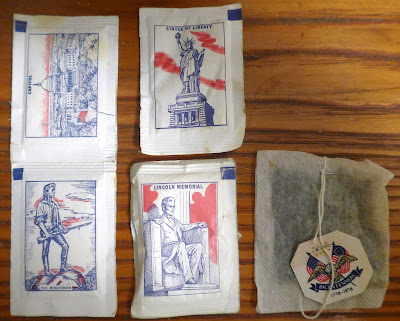 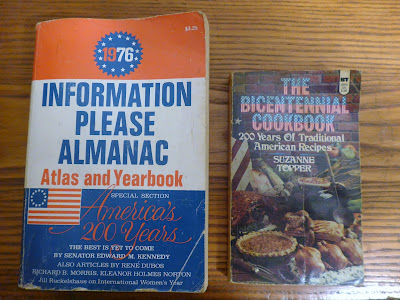 The Information Please Almanac and The Bicentennial Cookbook were favorites :) 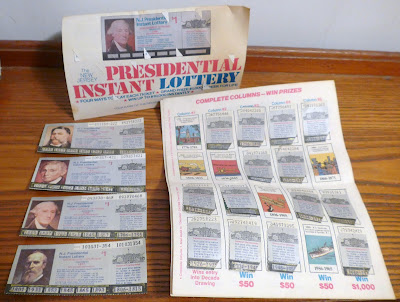 Our local stationery store sold Presidential Lottery tickets for $1 ea. I collected them for the longest time. Each ticket had a stub you matched to a picture on a large card. You won if you completed a row. 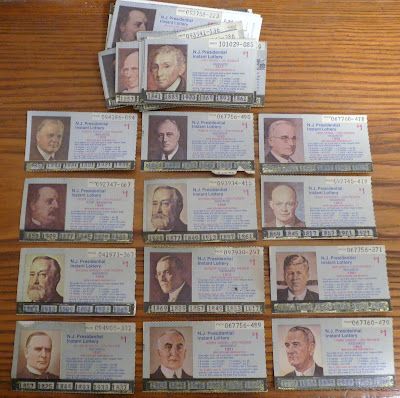 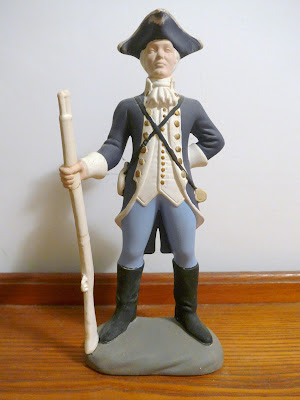 My cousin used to sell Avon :)

On October 12, 1832 Moses Ely was seventy-five years old when he gave a declaration to obtain pension benefits relating to his service in the Revolutionary War. He received $80.00 per year.


"That he was born in the that part of the Township of Newark now called Livingston on the 18th day of November 1756 that his age is now taken from his father's record. That he entered the service of the United States in the Revolutionary War under the following named officers and served as herein stated. That he performed one regular tour of service in the early part of the summer 1776 at which time he was a volunteer and belonged to a company commanded by Captain Elijah Squier and was marched from his native place to the Town of Newark and their joined the regiment commanded by Col. Philip Van Cortland and was marched from thence through the Town of Bergen and City of New York to Long Island and assisted in erecting forts and fortifications. That he performed one tour of monthly service under Captain Elijah Squier stationed at Elizabeth Town New Jersey at which time the battle took place on Long Island. That he performed two months service under Captain Elijah Squier commencing in the month of February 1777 and was stationed in the neighborhood of Quibbletown New Jersey The British lying in New Brunswick at the same time. That he performed monthly tours of duty and attended to alarms from the spring of 1777 to the spring of 1778 but cannot at this time recollect the names of the officers under whom he served. That in the spring of 1778 he enlisted in the wagon service for the term of one year—under Capt. Joseph Johnson and Major Gordon having the principal charge of the Commissary and Forage Department during the same time and served out the period of his enlistment and then reenlisted for the term of one year and served out the period of his enlistment during which he was generally employed in driving teams to and from Trenton, Morristown, Newburgh, Kings ferry and Dobbs ferry on the Hudson River and occasionally into the Eastern states transporting flour, meat, train camp equipage, and munitions of war for use of the Army . . . " 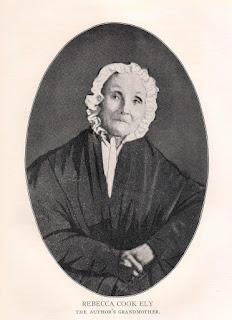 Moses married Rebecca Cook on January 3, 1782 at the home of her father Epaphras Cook. They had nine children between 1783 and 1805.

After Moses's death on July 14, 1838, Rebecca received a widow's pension of $52.10 but in 1848 she gave a declaration to obtain the same rate "that her said husband enjoyed at the time of his death." 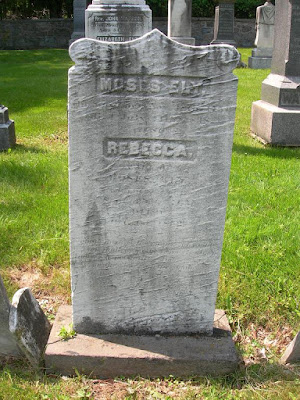 Their final resting place is the Ely Cemetery, Livingston, NJ. 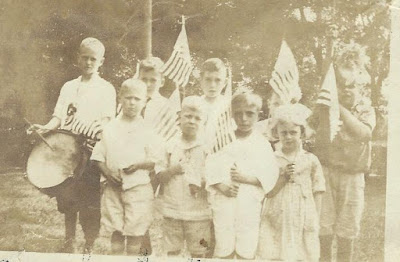 Have a great 4th, everyone!