I'm obsessed! I fussed, then fussed some more, over which 1-1/2" squares to use when making this little Four-Patch Medallion; and, I fussed again over my fabric choices when making last week's Chrome Orange stars as part of the Stars In A Time Warp QuiltAlong. 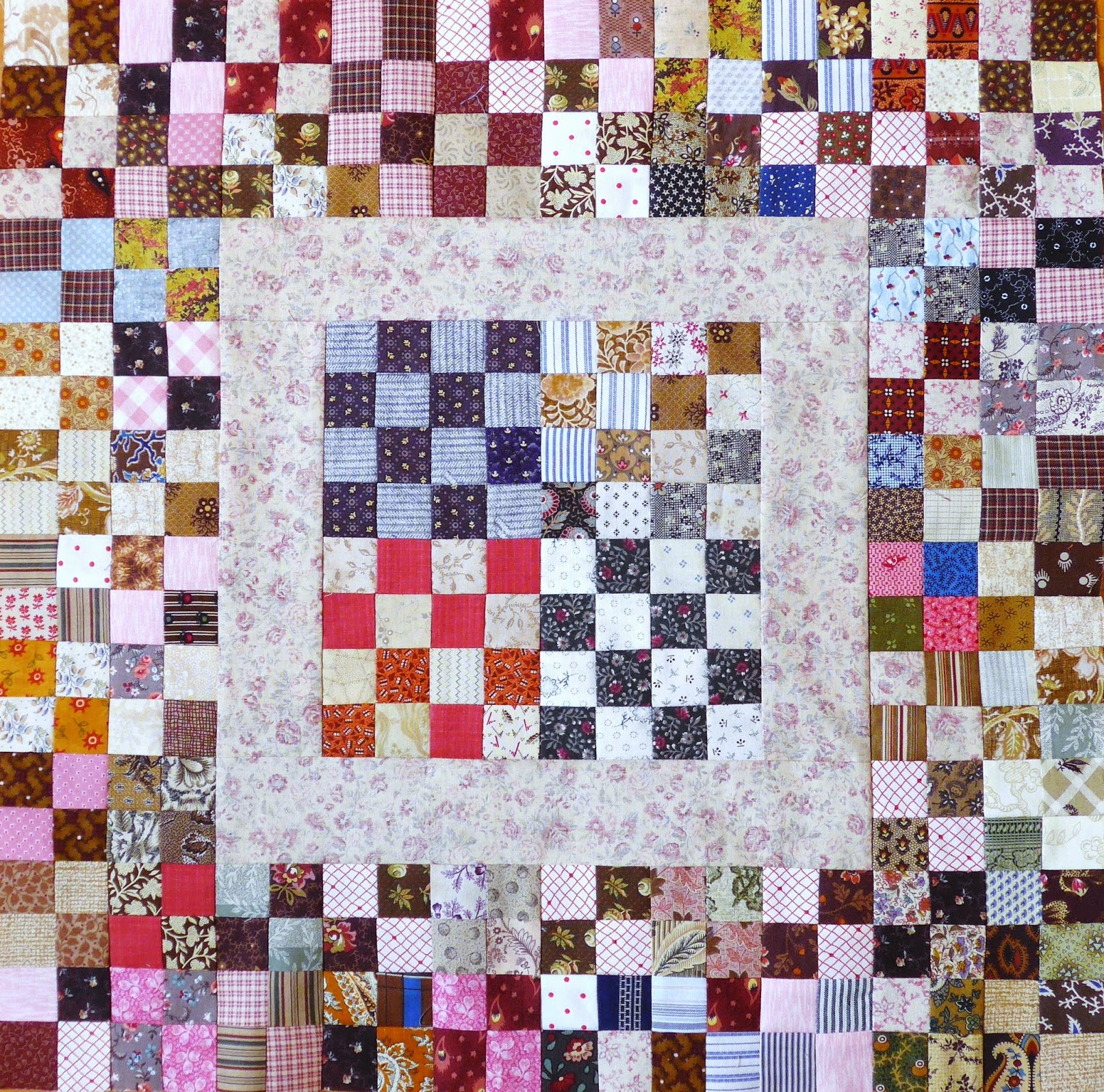 I had more fun making this piece. I sorted through Lori's baggie of 1-1/2" squares and chose browns, neutrals, pinks and others that I thought could work leaving the dark blues and blacks for another project. Then I added some of my own. 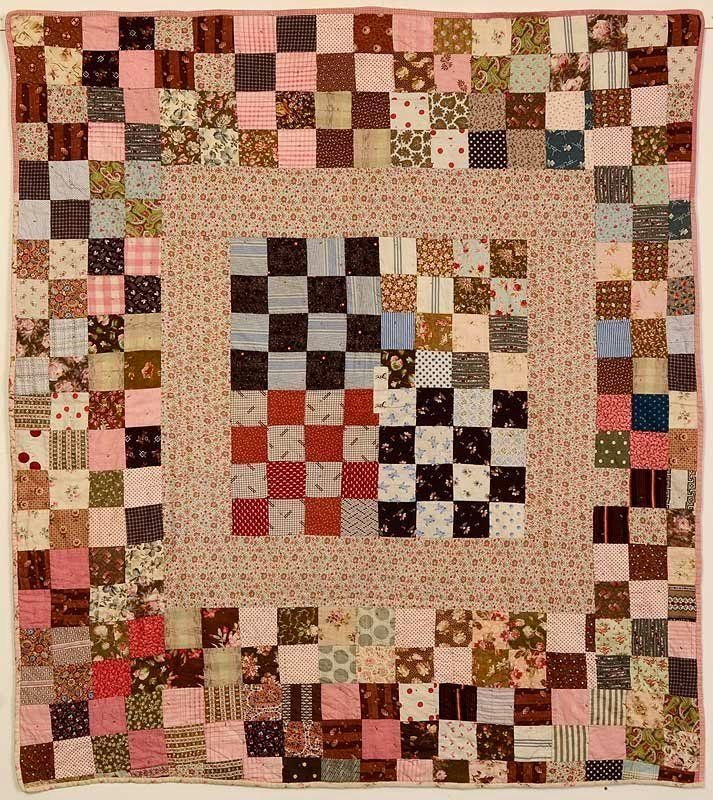 I was trying to reproduce this quilt which I found on Pinterest. Someone had pinned it from stellarubinantiques.com. For the inner border I used the reverse side of the fabric that had I tea-dyed though it could have been a bit darker. 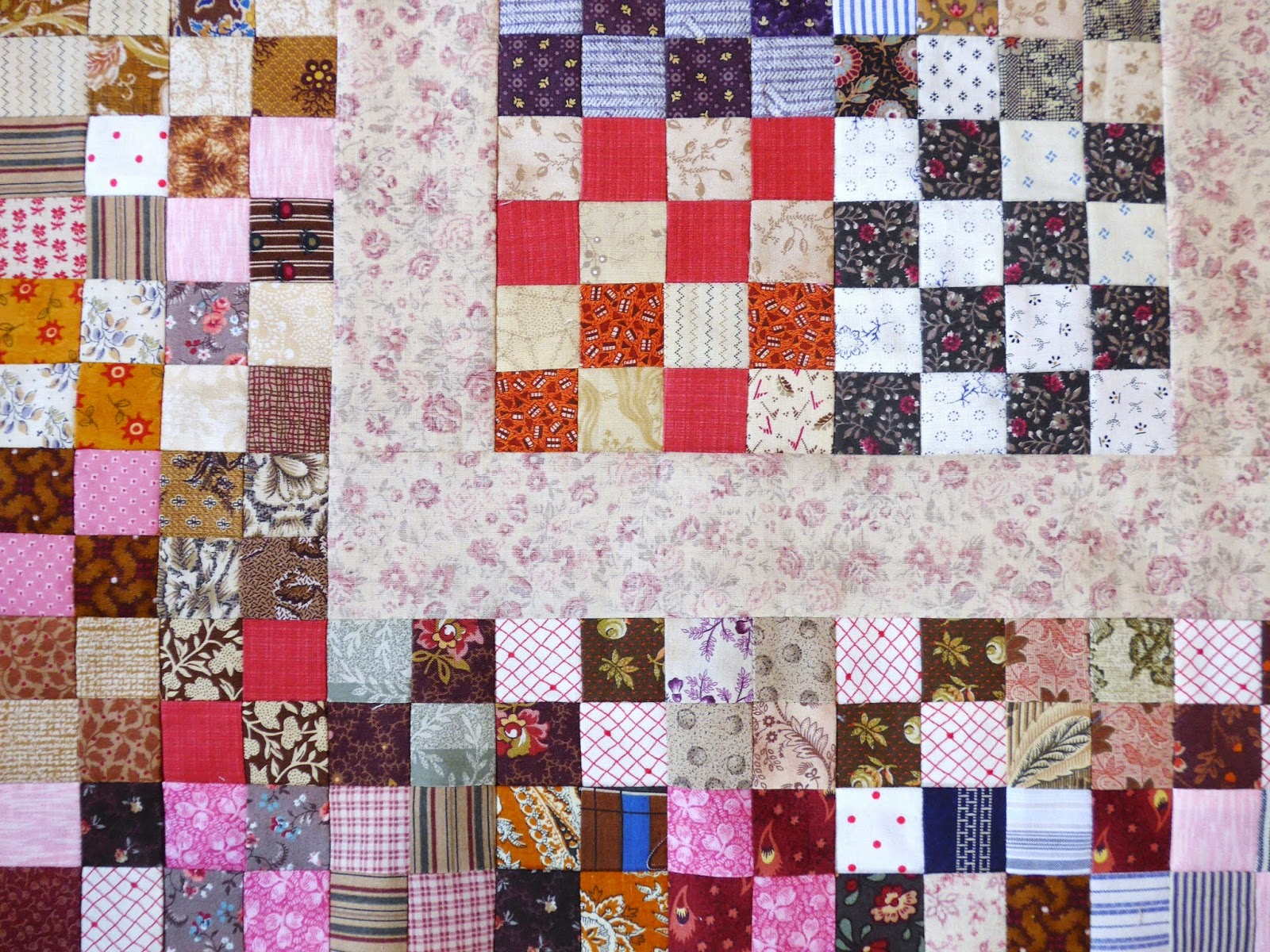 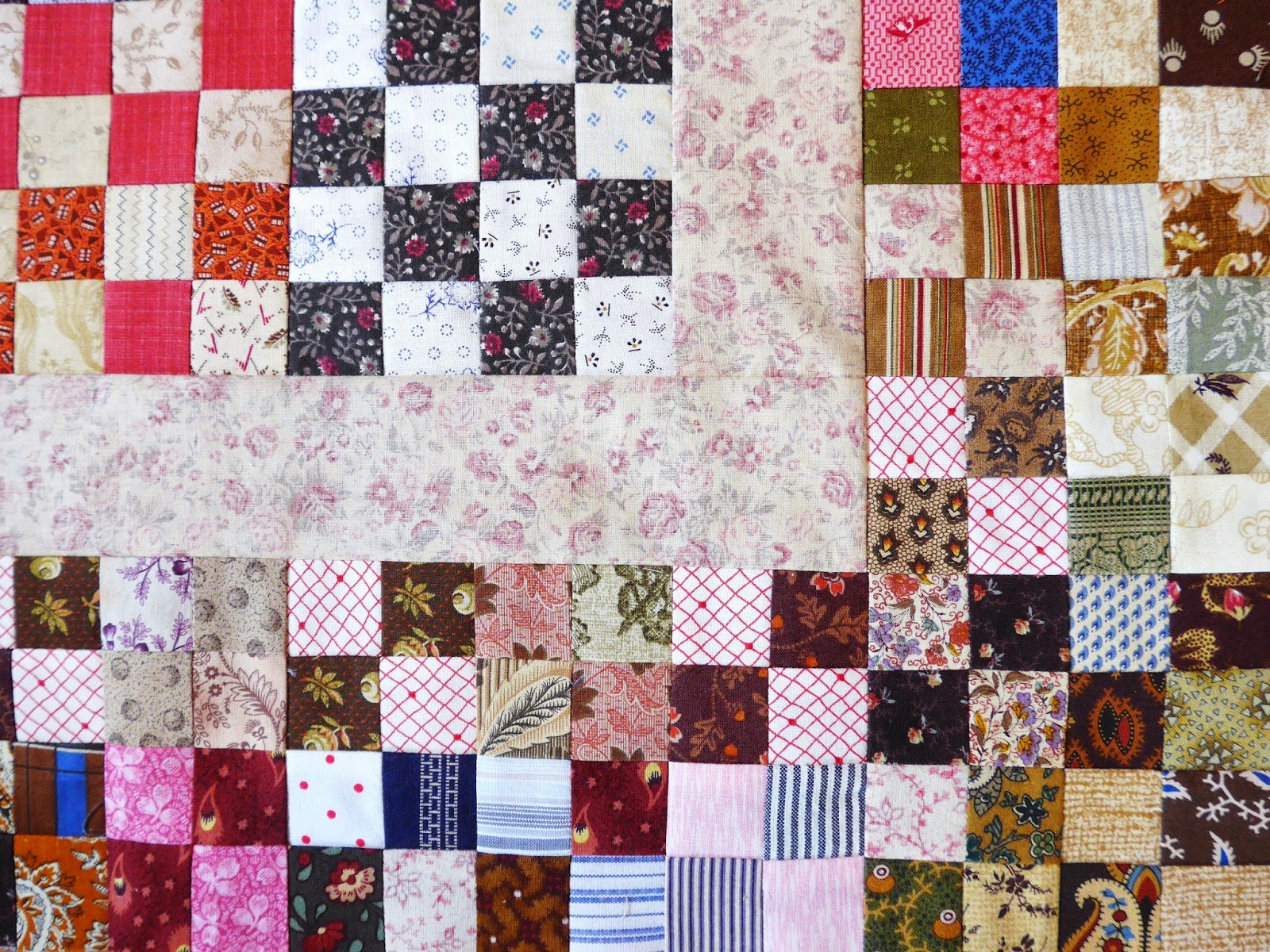 All in all it has a much lighter look than the original but I'm happy with it.

From subtle to bright :) 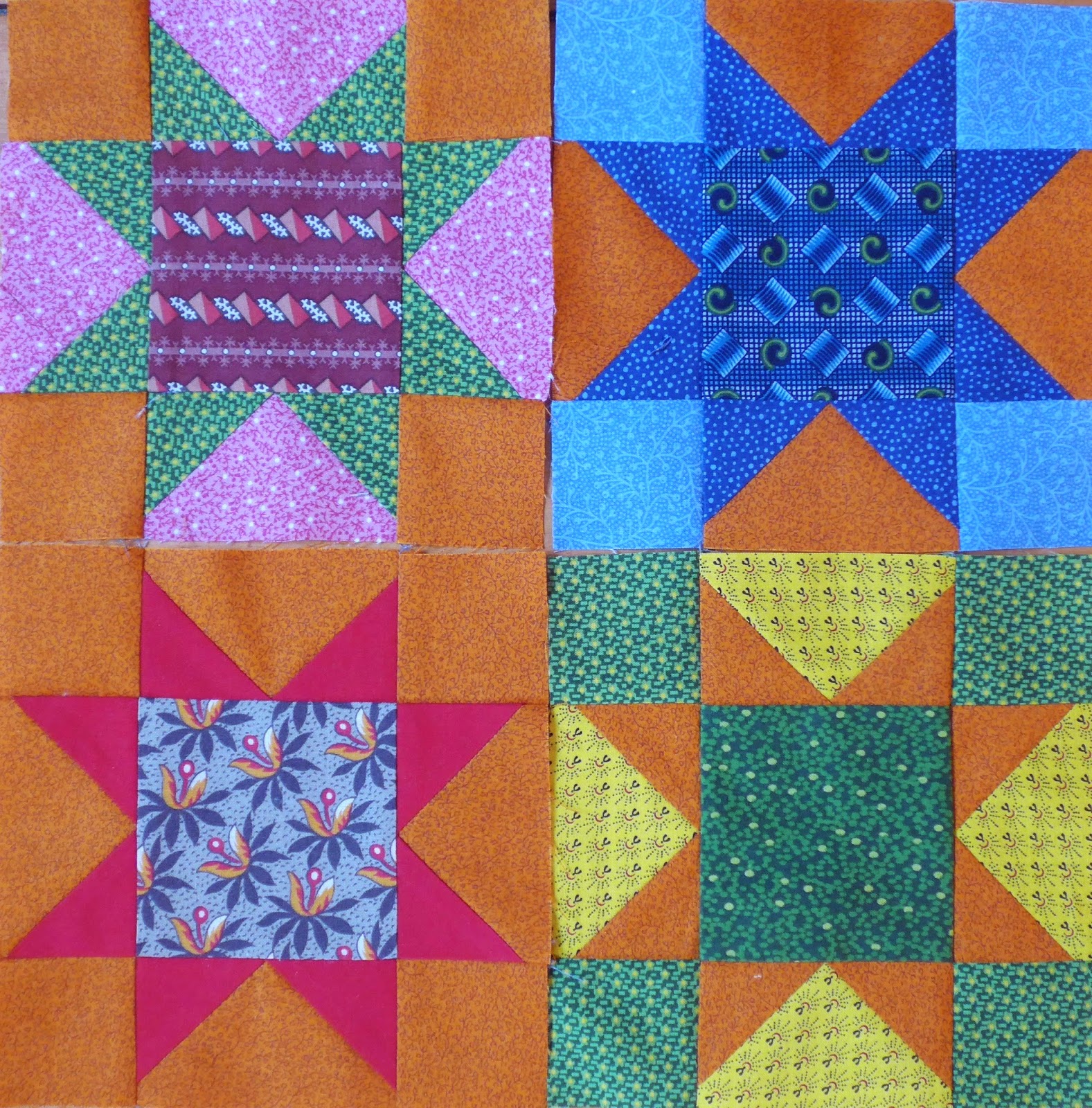 Last week's stars focused on Chrome Orange aka Cheddar. Do you think I had any? Only one! So here are four stars with the same orange fabric. I looked at photos of antique quilts to get ideas of color combinations and was surprised to see oranges next to pinks and reds in addition to blues, greens, and yellows. 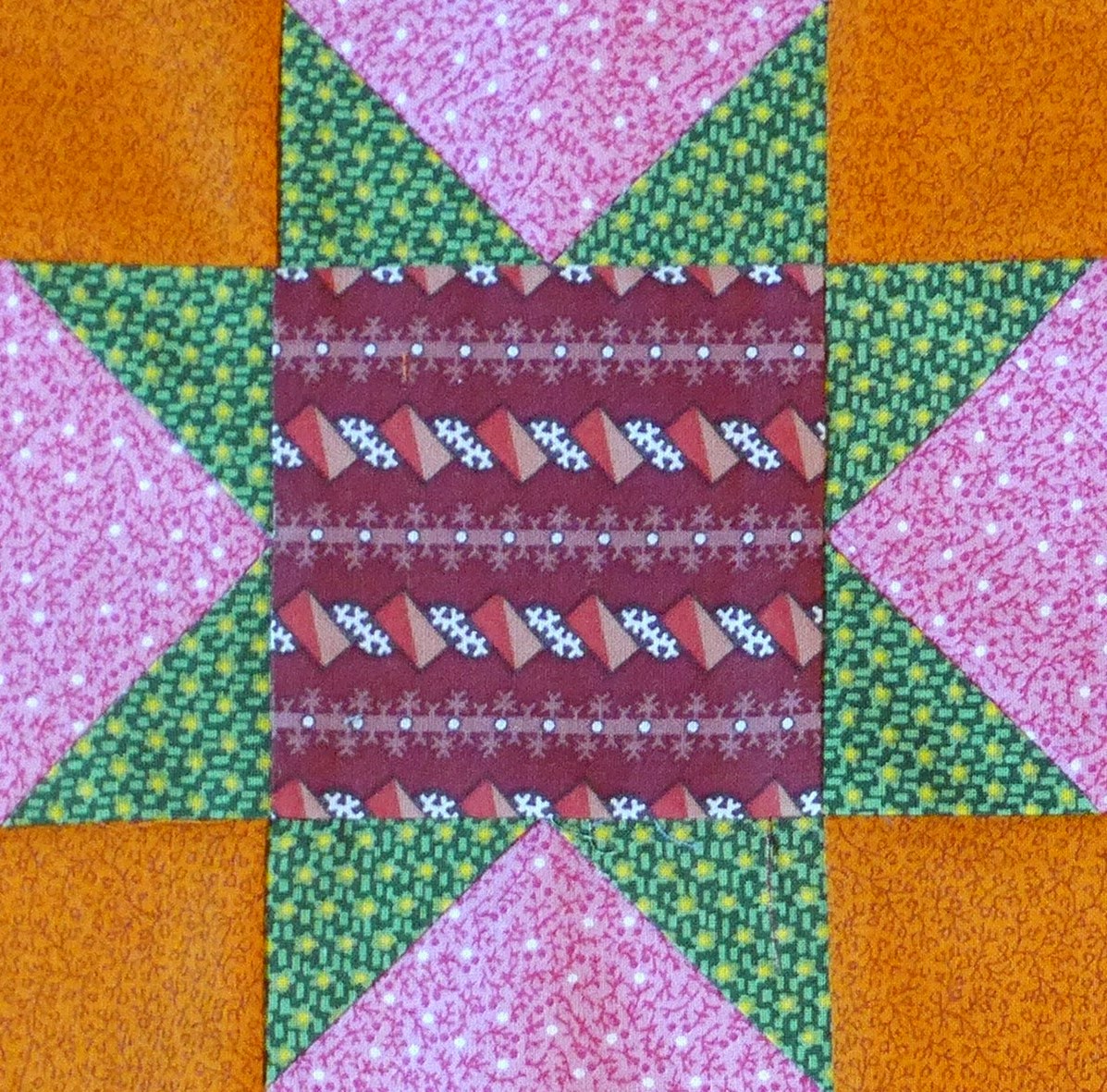 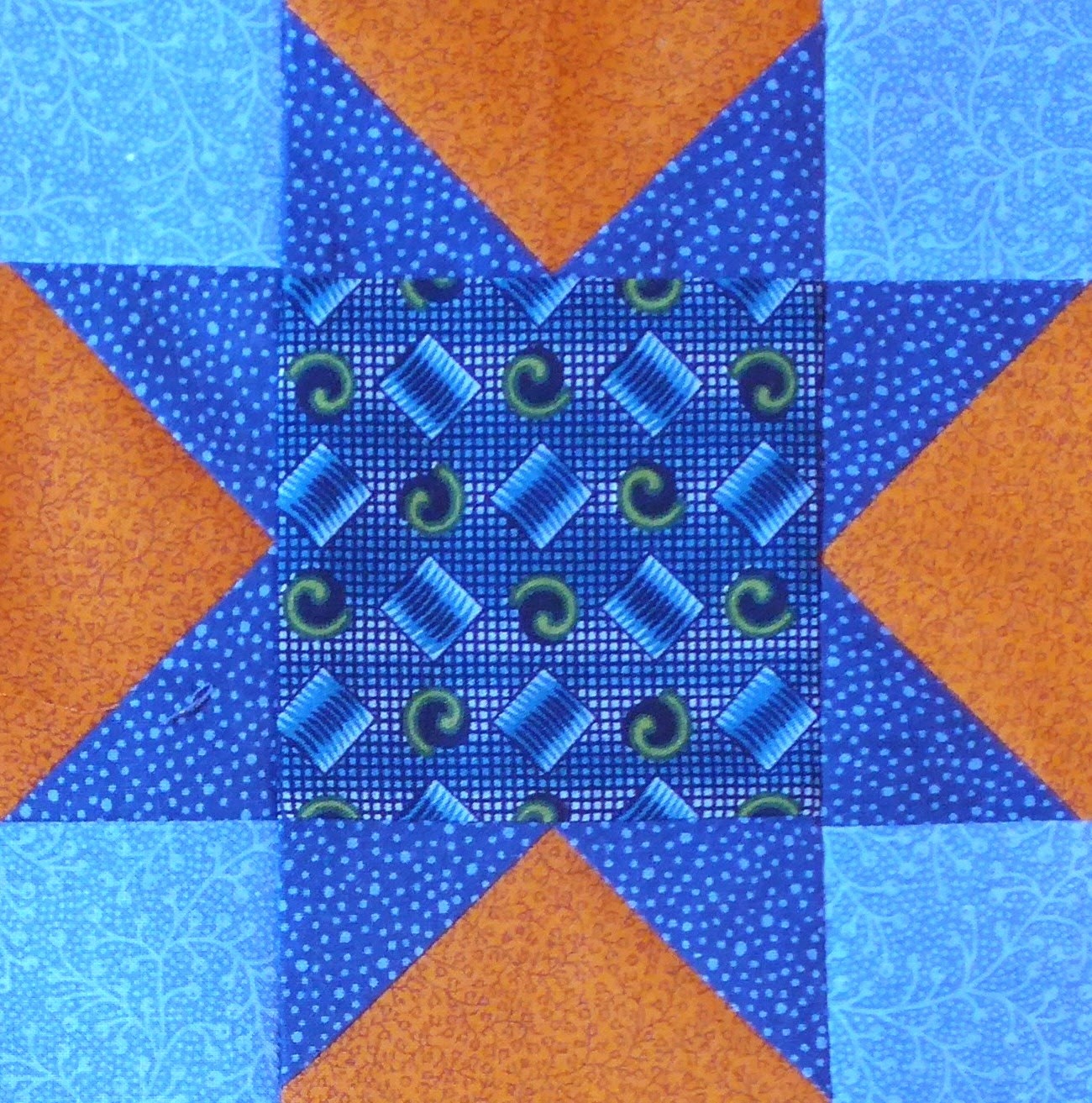 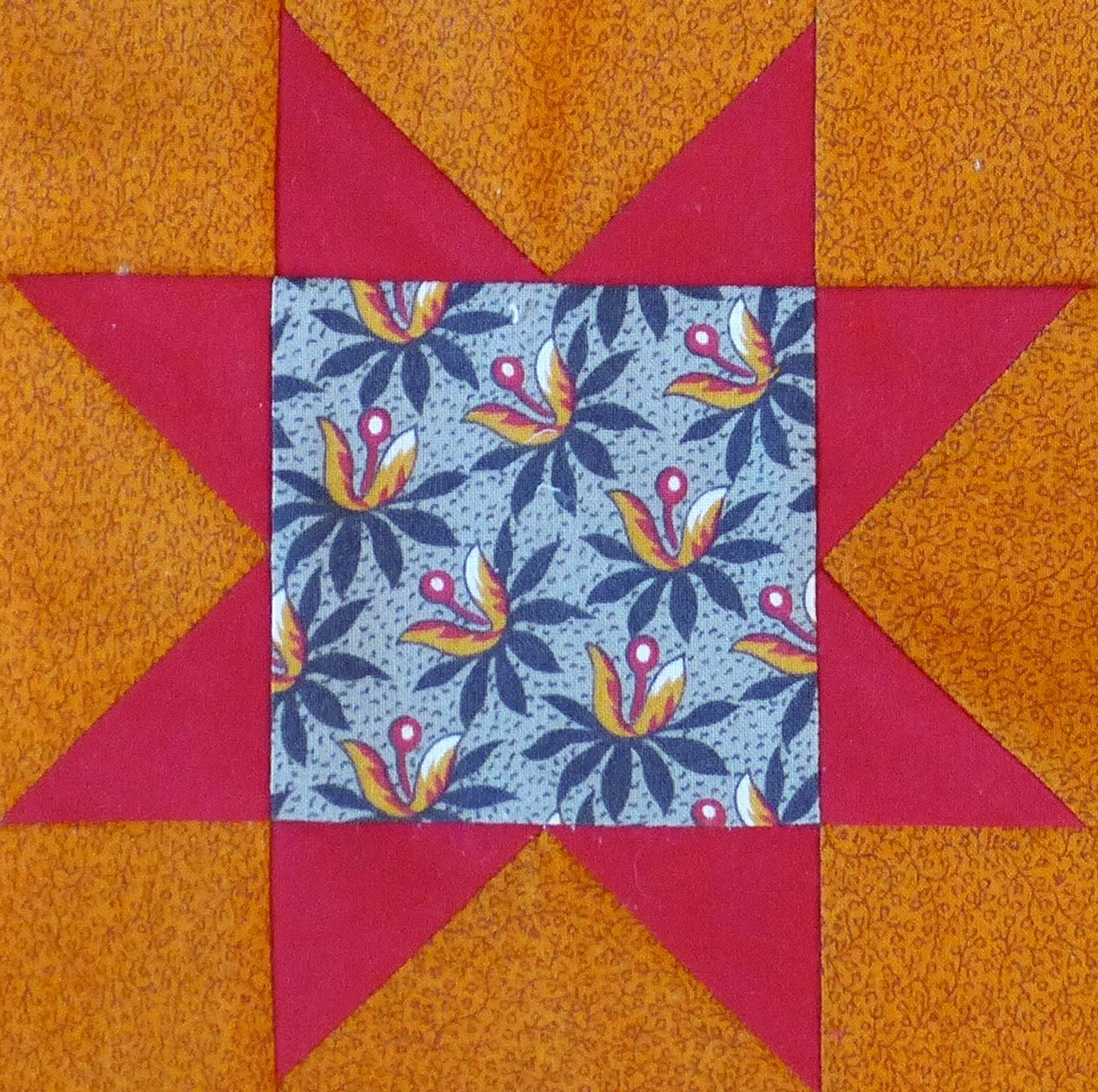 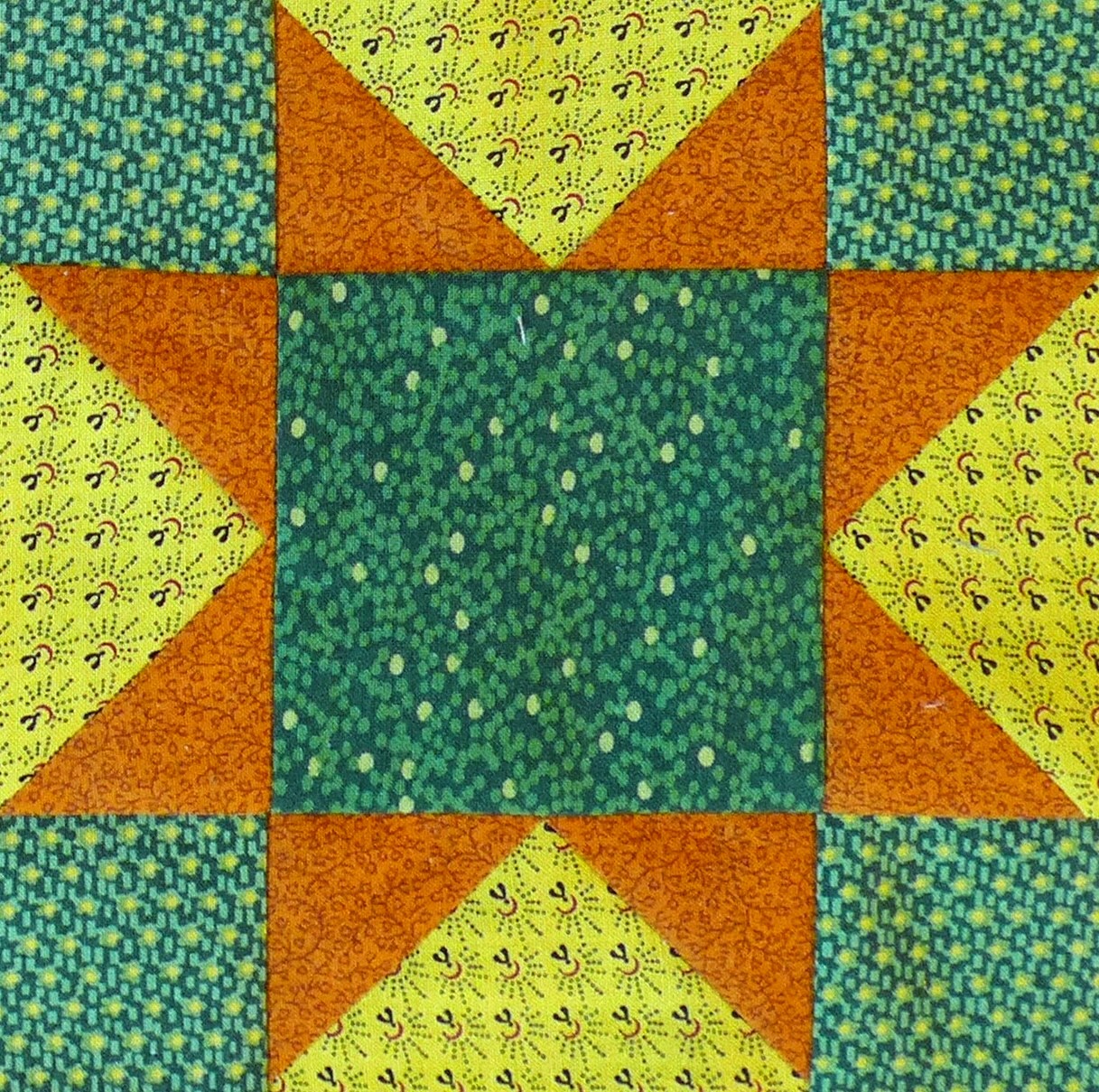 I liked this color combination in a block made by Becky Brown on Barbara Brackman's blog. 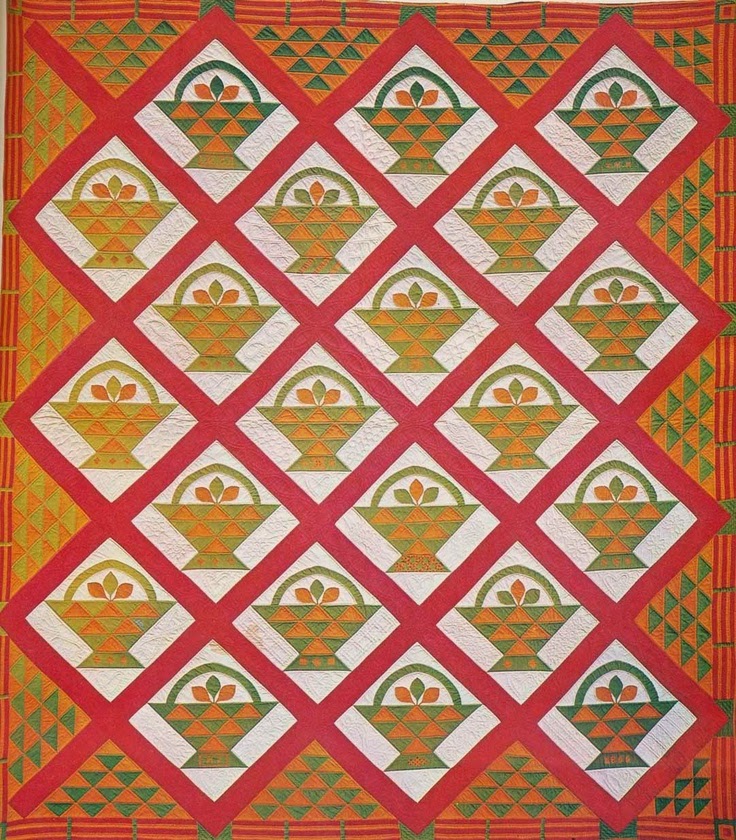 Flower Basket Quilt c. 1855 in the collection of the NJ State Museum. 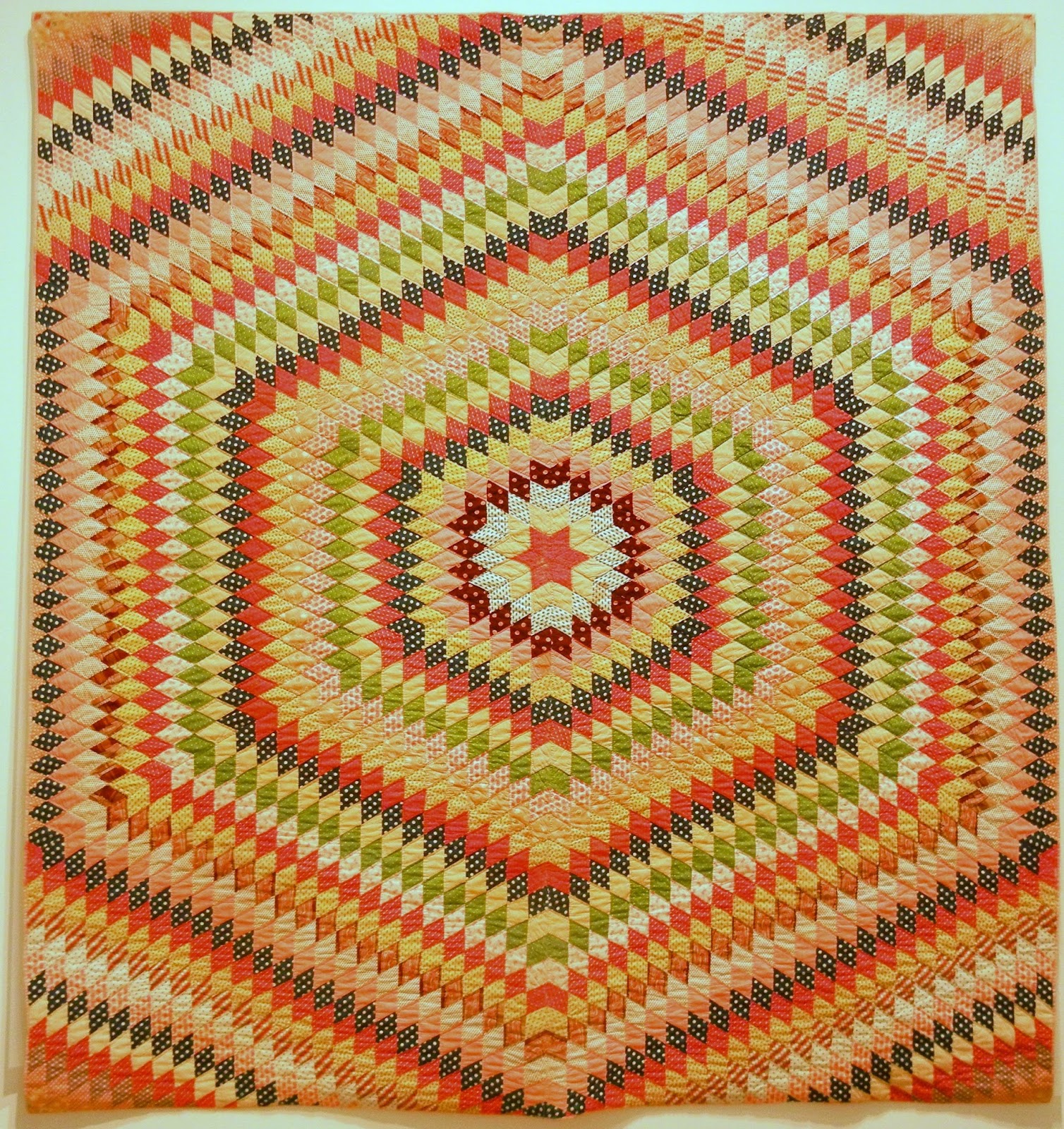 I had photographed this Sunburst quilt at the Newark Museum but neglected to note the basic information. Anyway, it's very orange-y :)

Another striking NJ quilt is the Betsey Haring Quilt which you can see here. Doesn't the orange just pop? HQPNJ wrote about this quilt in their paper Characteristics of Signed New Jersey Quilts 1834-1867 which was published in On the Cutting Edge (Oral Traditions Project 1994).