In early 2013 I started to make a quilt to commemorate the 150th anniversary of the end of the Civil War and to honor my gr-grandfathers who so bravely fought for the Union. 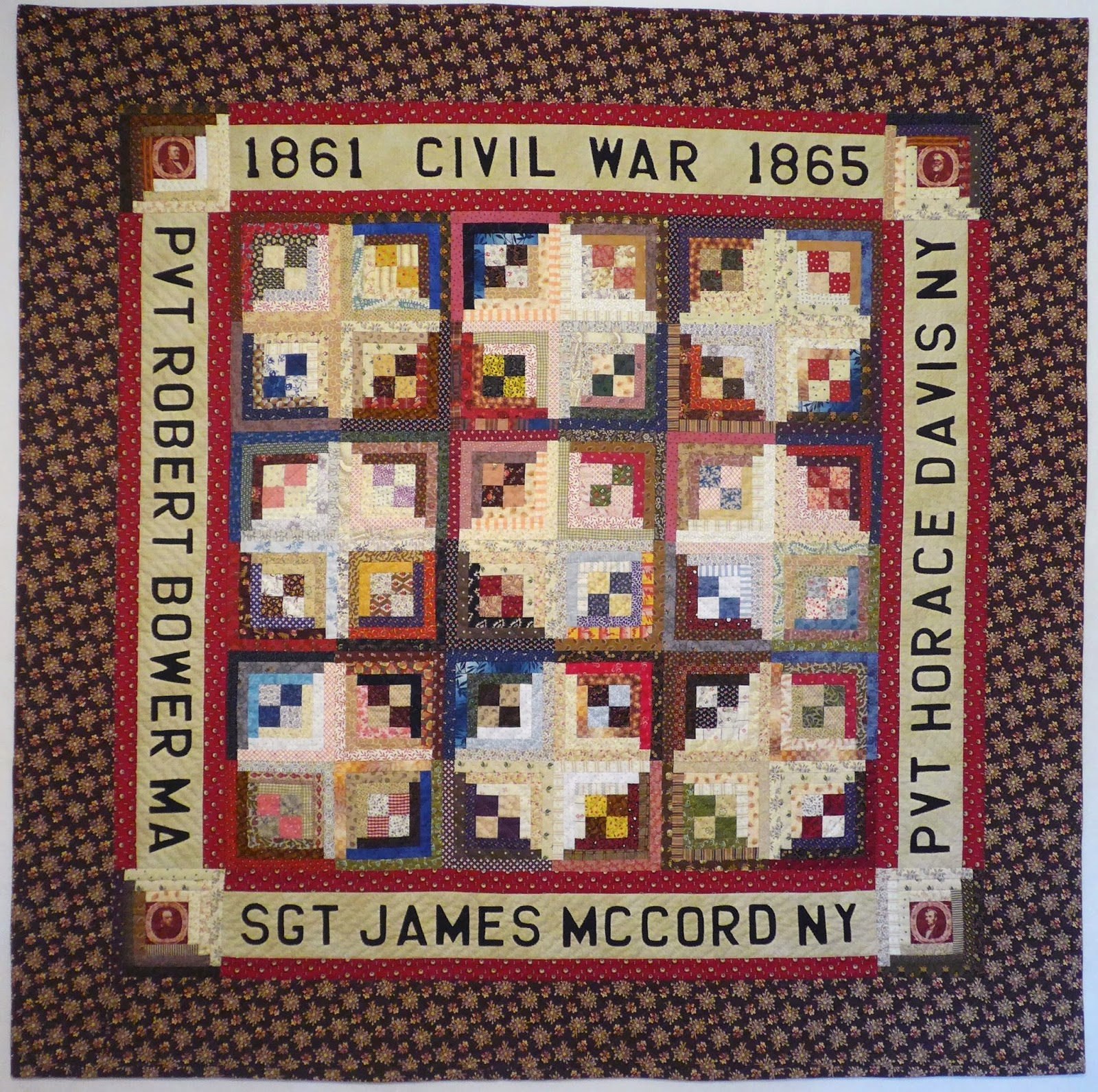 I began making Log Cabin blocks and followed the directions for Barb Vedder's Four-Patch Log Cabin in Quilt Almanac 2013. Thanks, Barb! The Log Cabin pieces are 1/2". It was a great way to use up a lot of scraps but I was definitely lacking in the "lights" department. 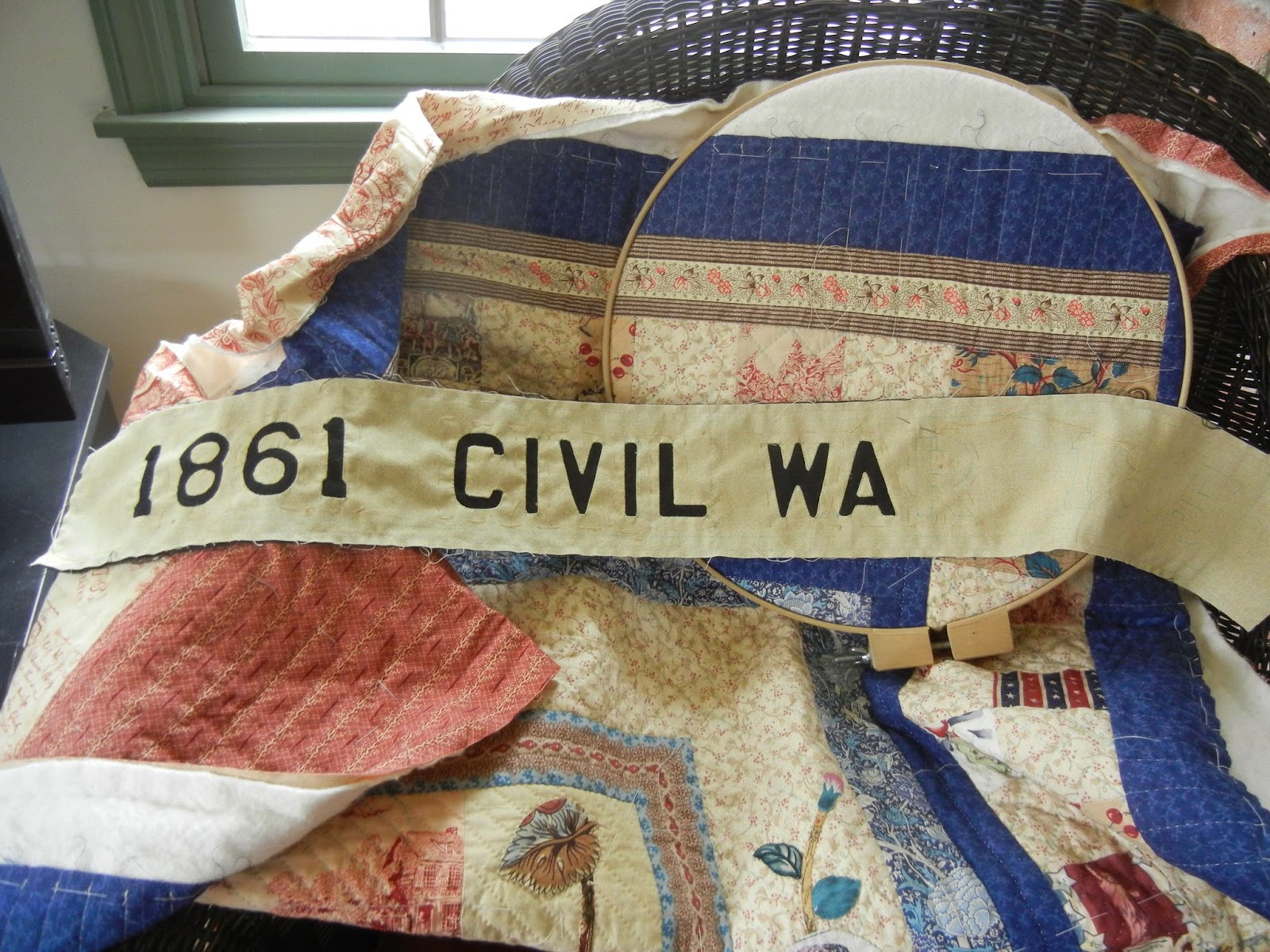 All the letters are done in reverse applique. I purchased a set of alphabet stencils at Staples and laid out each name on a large piece of paper before transferring it to fabric.

Here's a detail. I quilted around the inside of each letter and did diagonal row quilting in the background. 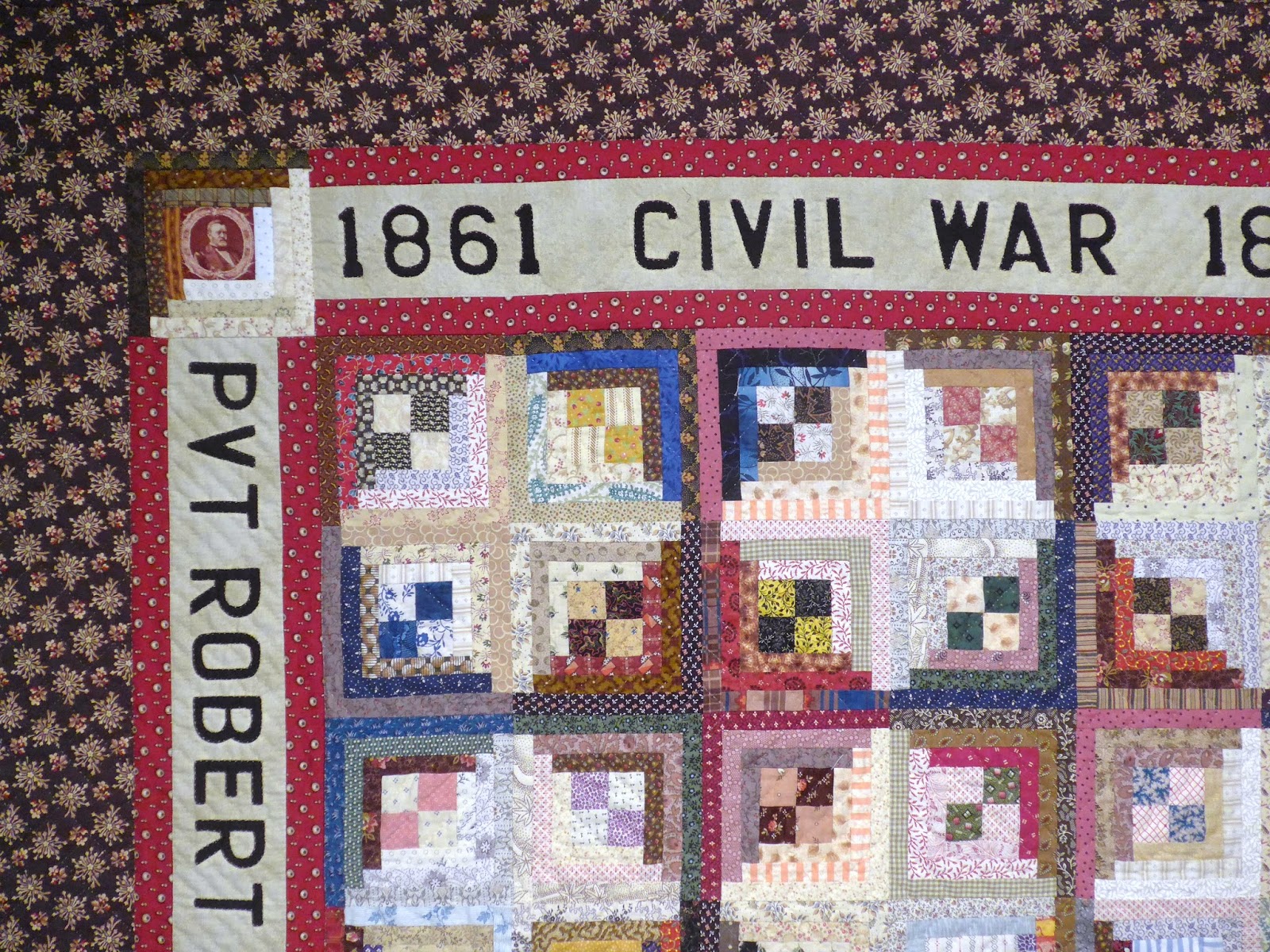 The center of each corner block features a Civil War general. I quilted concentric squares on point (3/4" apart) in each area of darks and lights with cross-hatching in the borders. 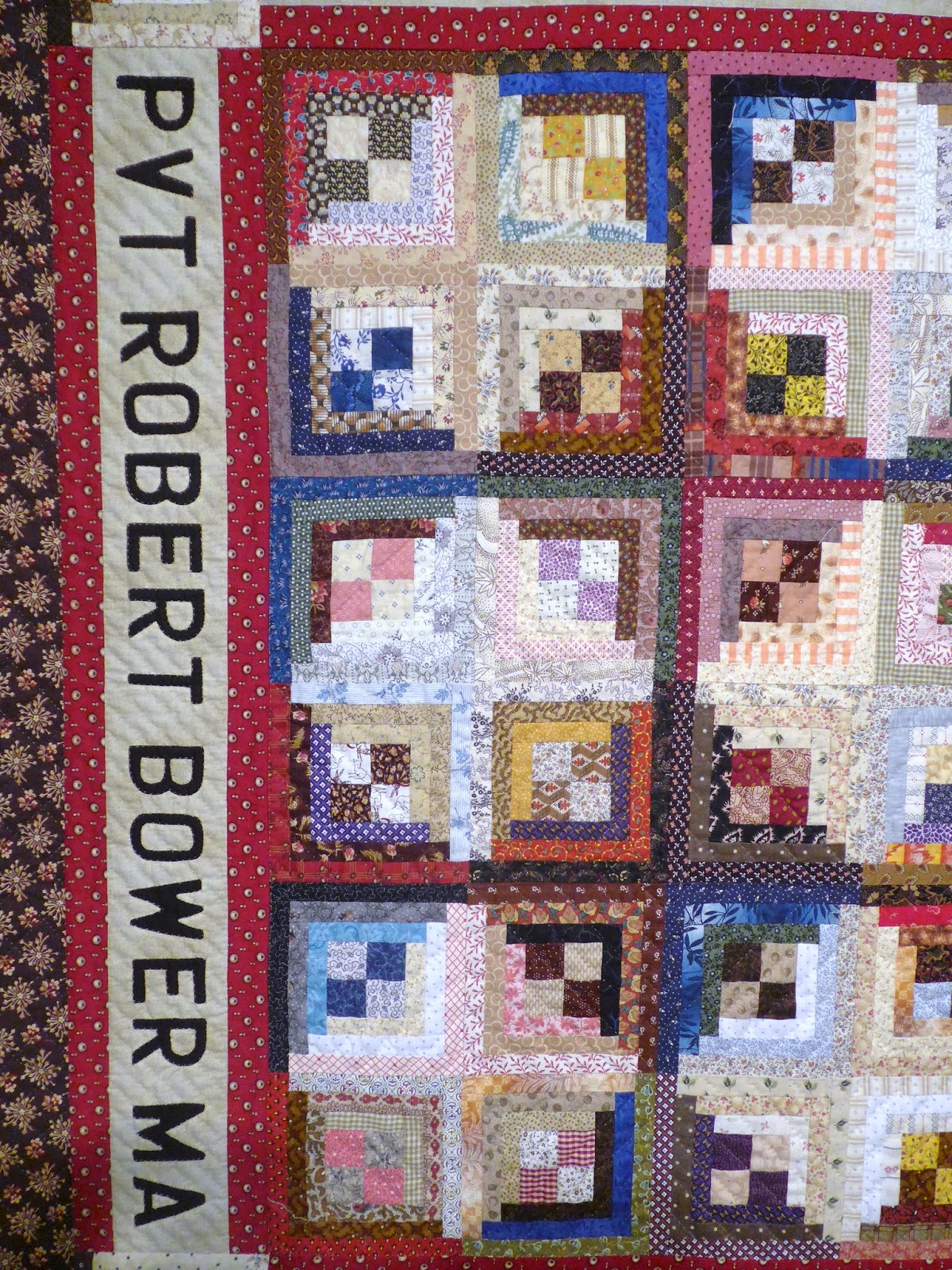 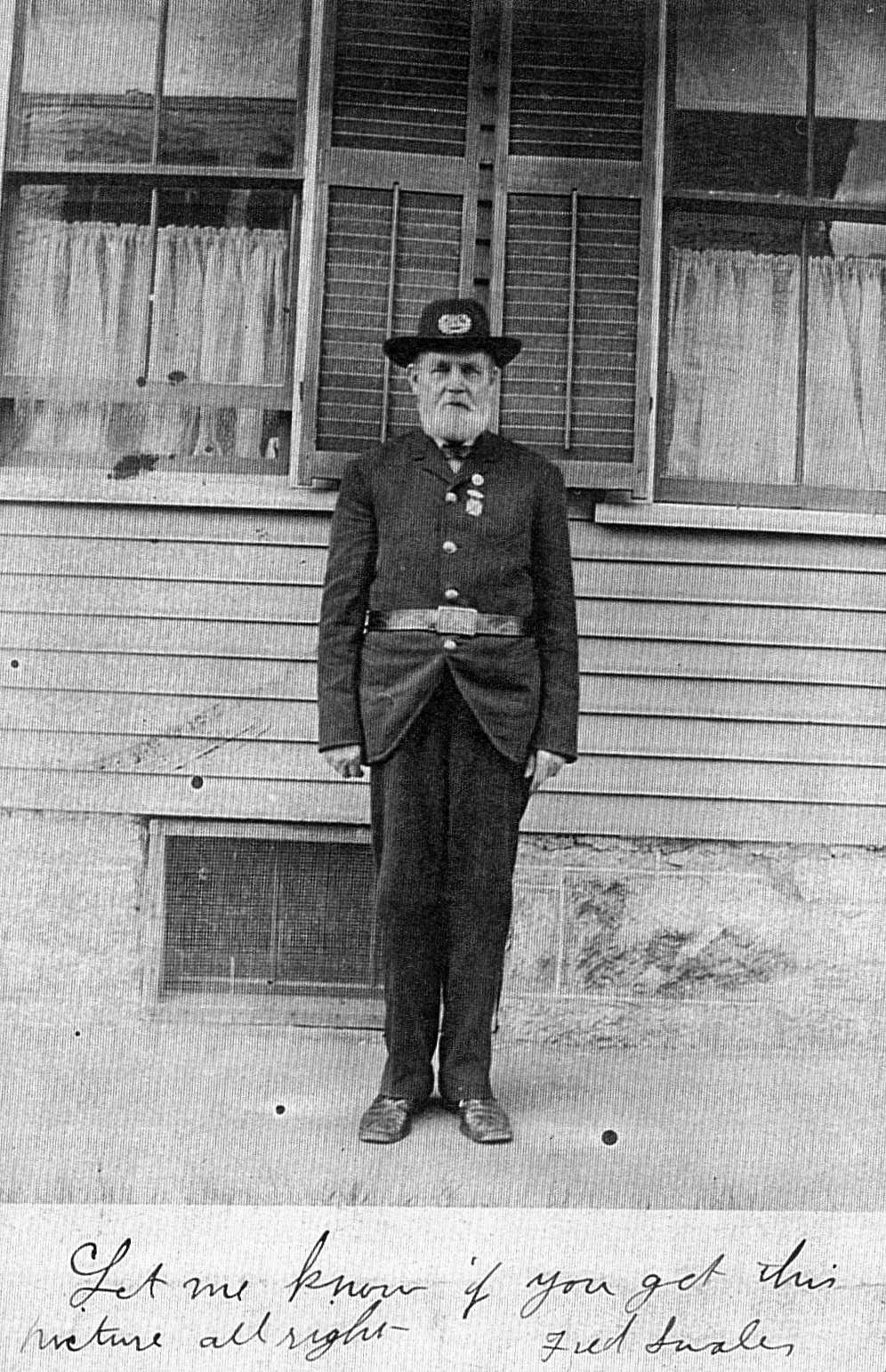 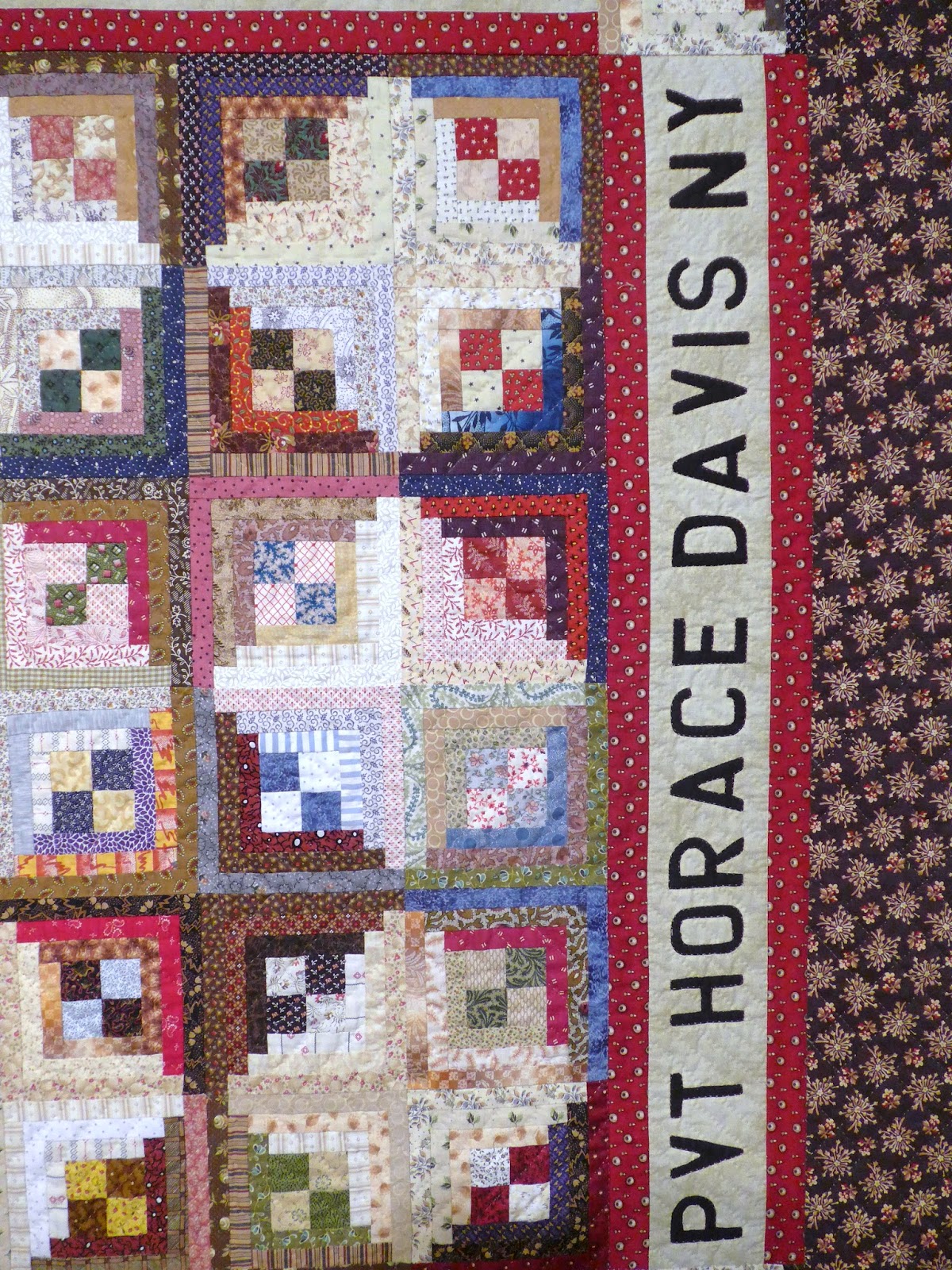 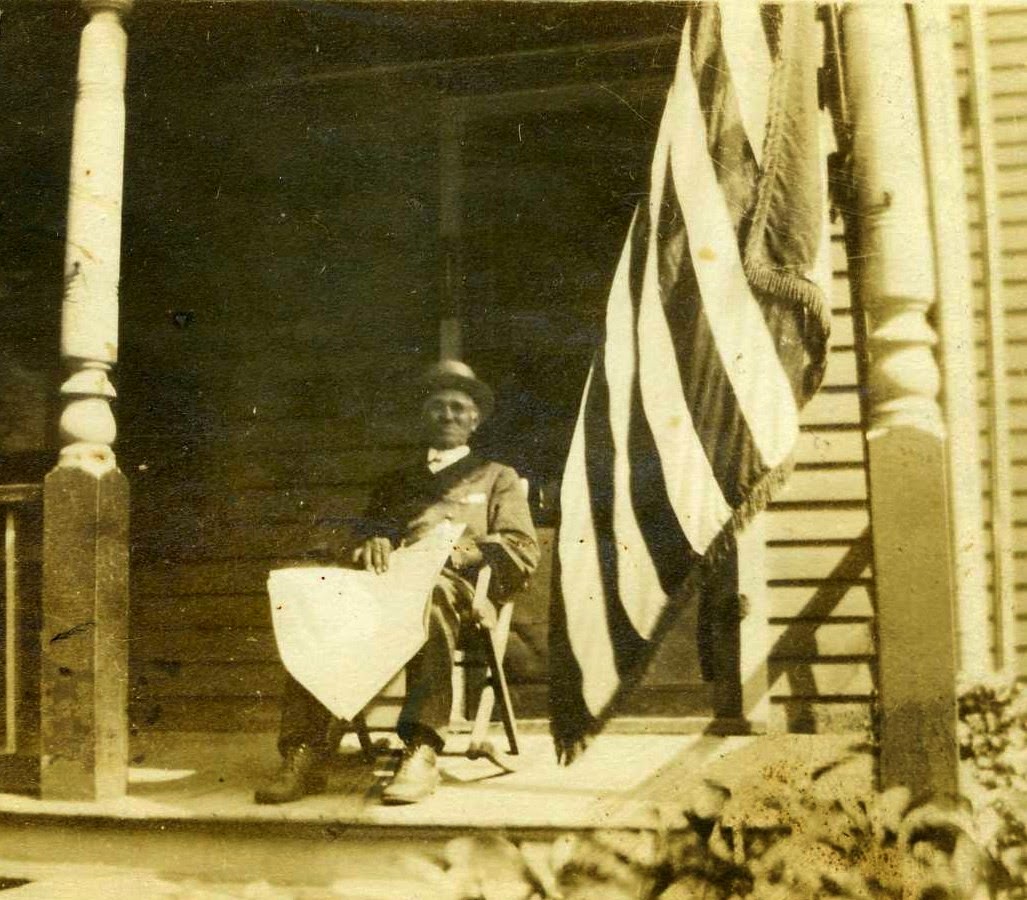 Horace E. Davis, my paternal gr-grandfather, enlisted as a Private in Co. G 2nd Regiment NY Mounted Rifles at the age of 27. He was wounded on 17 Jun 1864 at the Battle of Petersburg.  He served from 30 Dec 1863-10 Feb 1865 and was discharged from Finley Hospital in Washington, DC. He received a Distinguished Service medal. 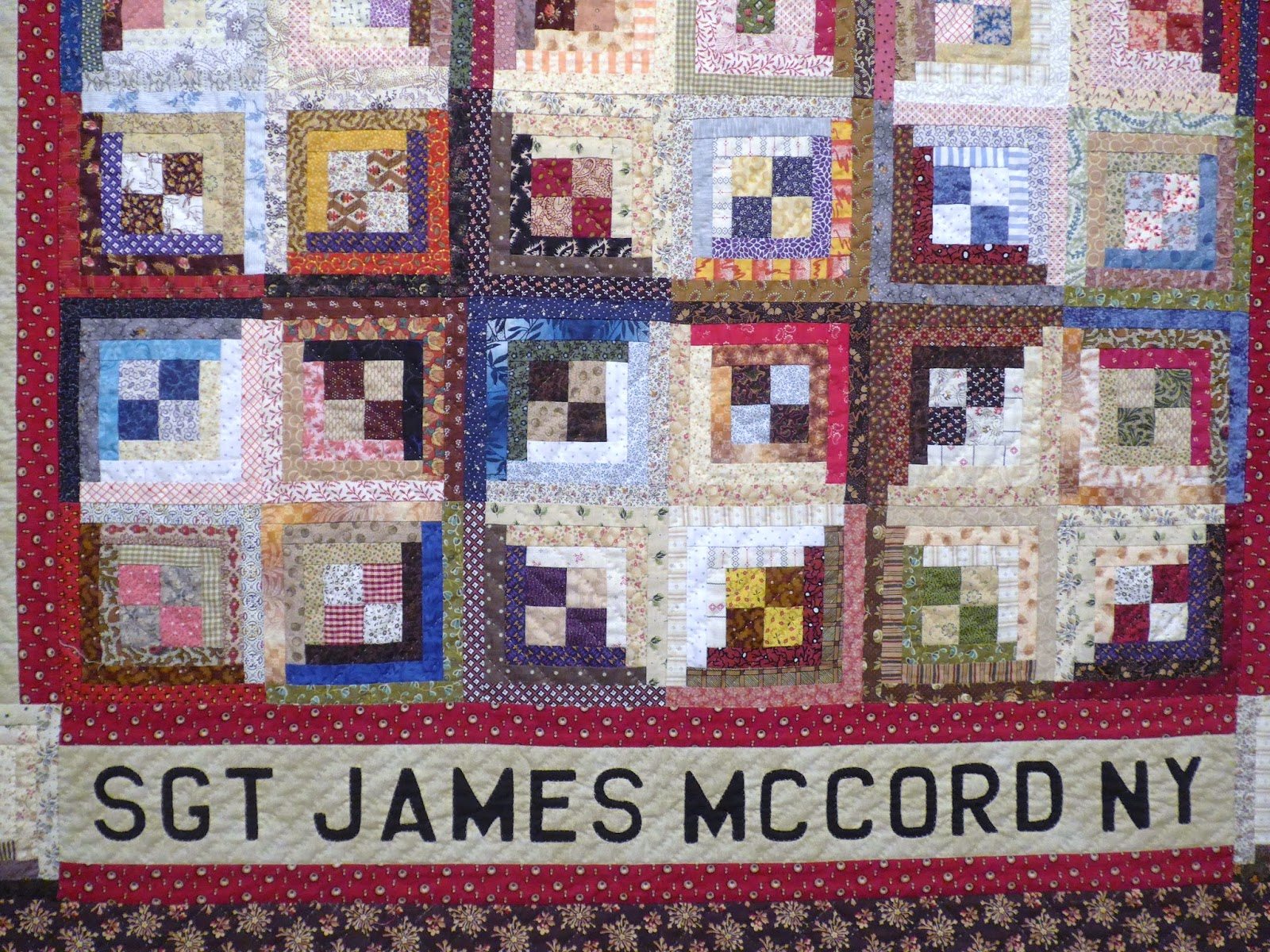 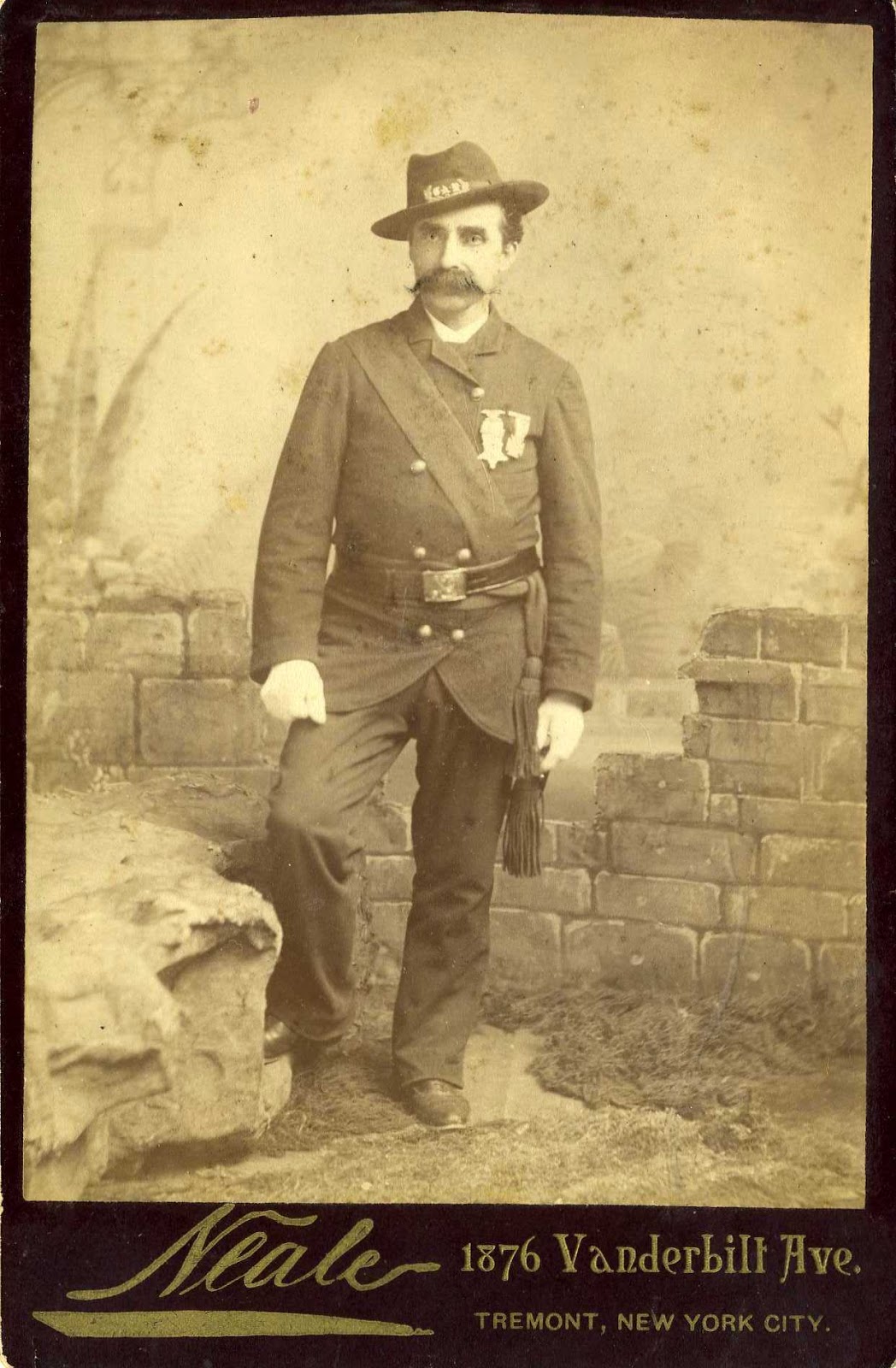 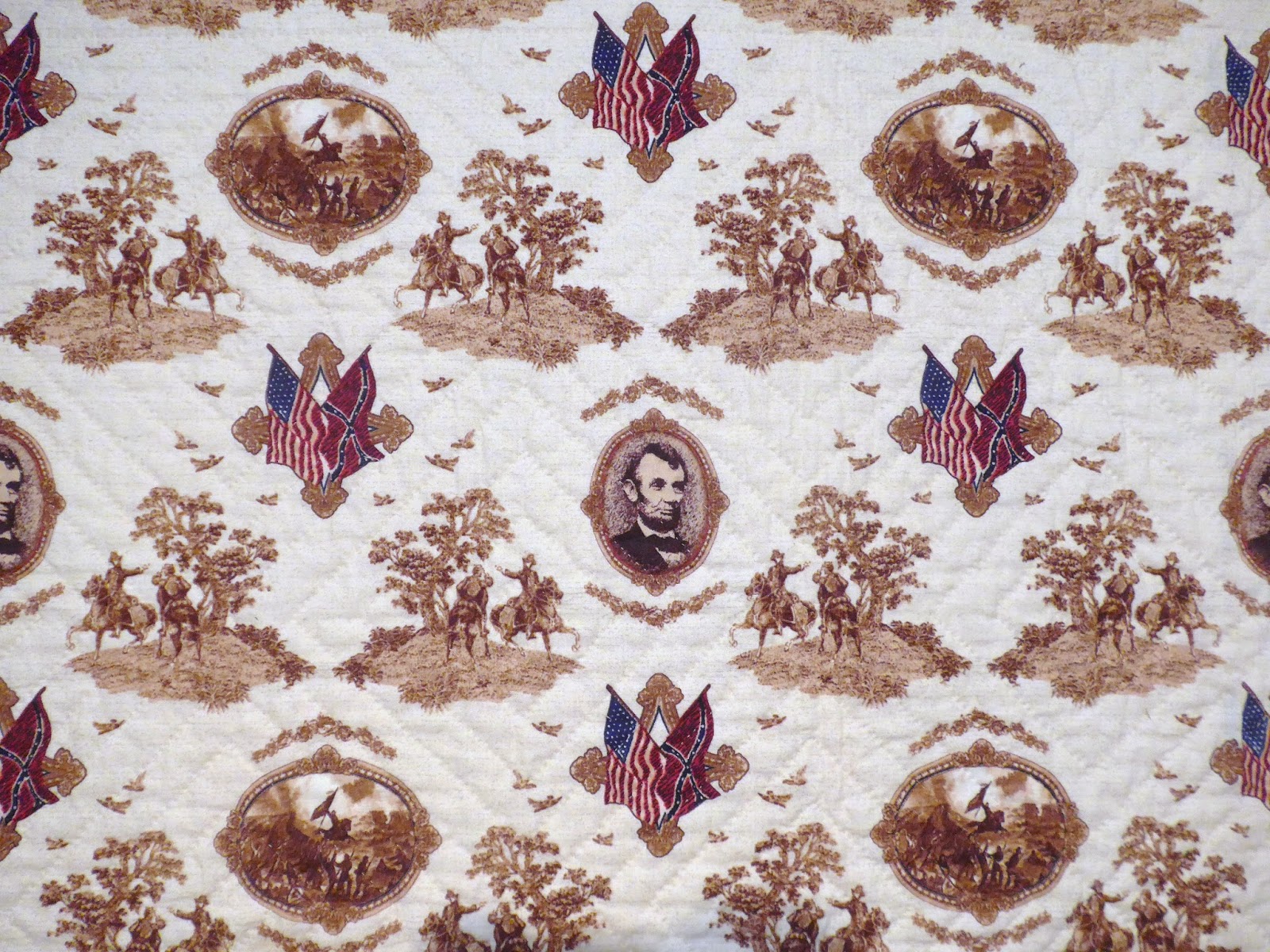 I put this Lincoln Toile on the back which is the same fabric I used in Lincoln's Woes. 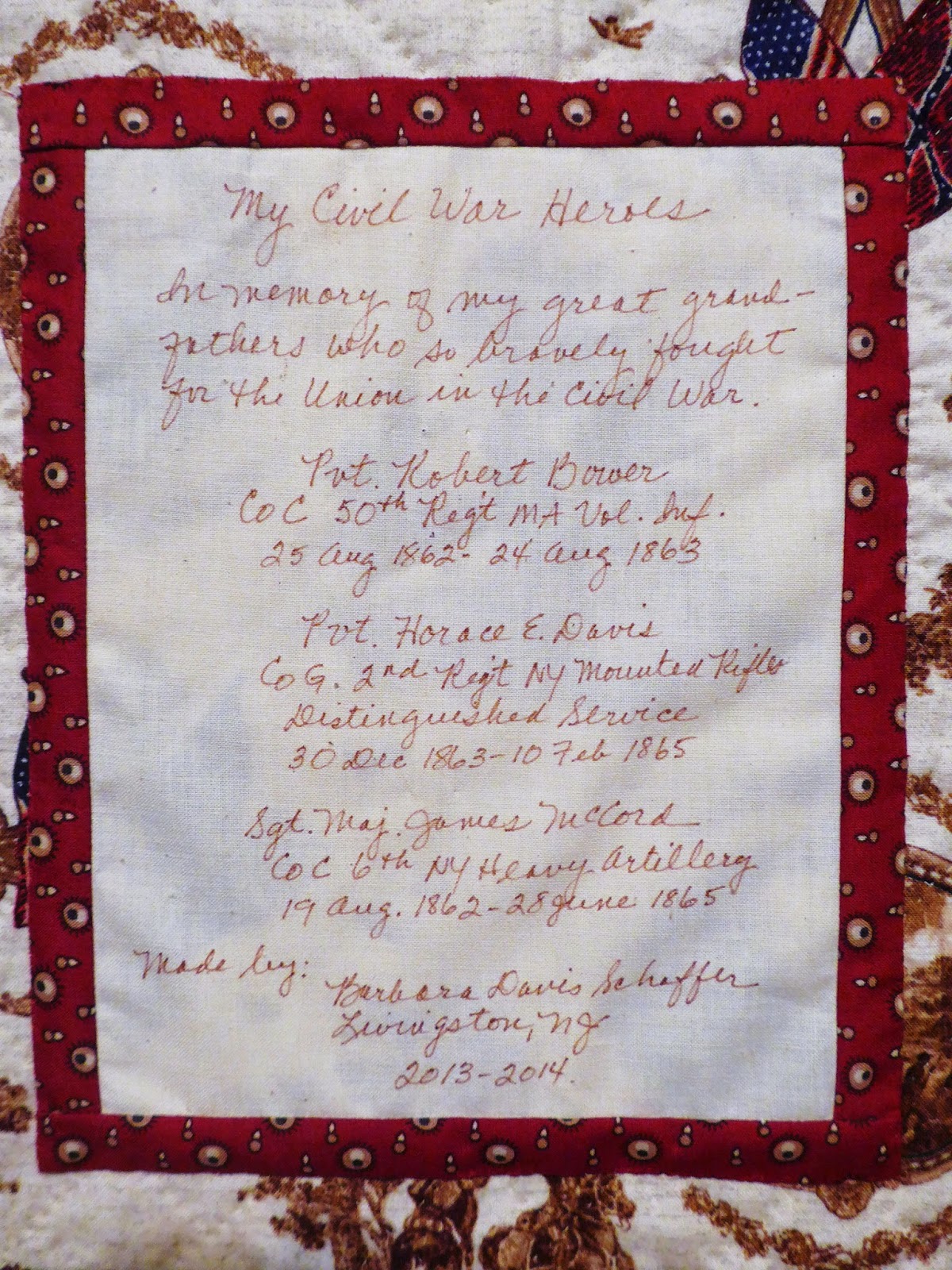 Here's the label with all the pertinent info :-)