Last Saturday was the 20th Annual Mount Tabor House Tour which also featured a quilt show. If you live anywhere near this Morris County gem, this tour is not to be missed. "Mount Tabor was founded in 1869 as a Methodist camp meeting ground and the site where a camp meeting was held for ten days or so each summer." This year 28 houses were on the walking tour and row upon row of quilts were displayed in The Tabernacle building. 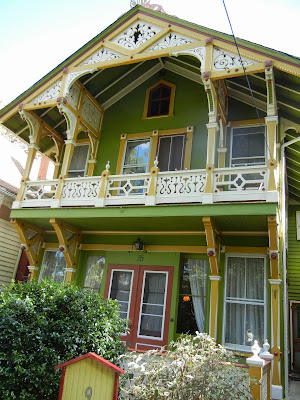 Some houses were open to the public and others such as this one made use of the front porch to display photographs of the original house and its inhabitants. All of the cottages built around Trinity Park were tent sites at one time. This cottage was built in 1877 by Samuel Cosgrove of Jersey City and is known for its Stick Style of architecture highlighted by cutout patterns, pendants and medallions. 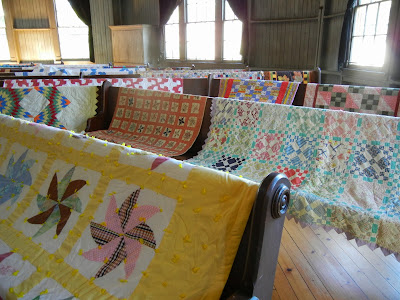 Quilts were displayed in The Tabernacle which could hold up to 1200 people for services and entertainment during camp meetings. 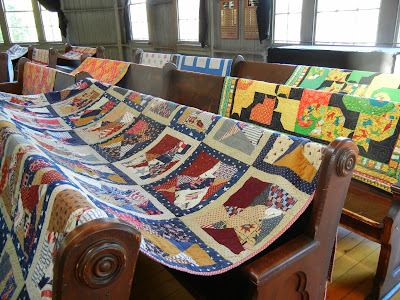 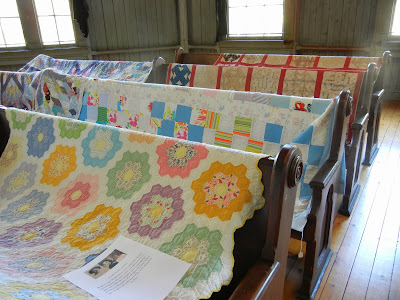 There were so many quilts--old and new. 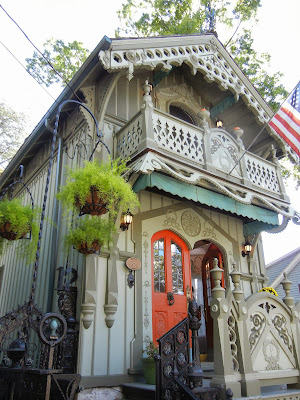 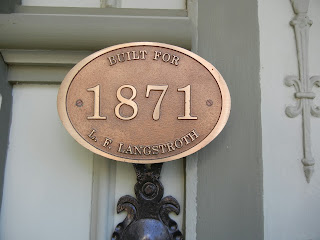 This cottage is for sale if anyone is interested :) It is just as ornate on the inside as it is on the outside. 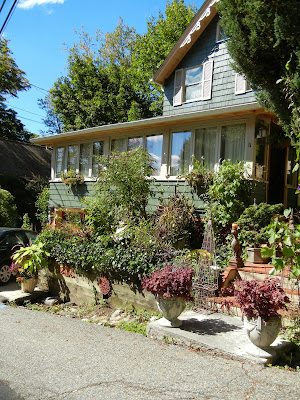 Lush plants and flowers were everywhere. This house actually sits on two tent sites plus part of a third lot. Its location "was part of the 100-acre expansion of the camp meeting grounds in 1880 and lots were made larger to accommodate larger houses as year-round properties." 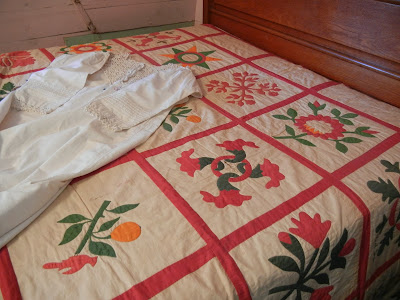 This lovely quilt top was on a bed in a "cozy and comfy" second floor bedroom of the History House which is owned by the Mt. Tabor Historical Society. 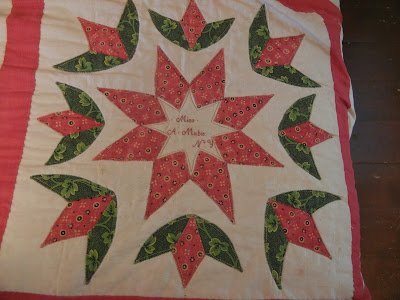 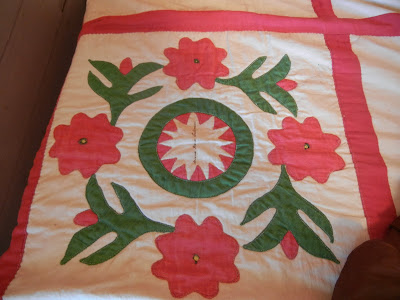 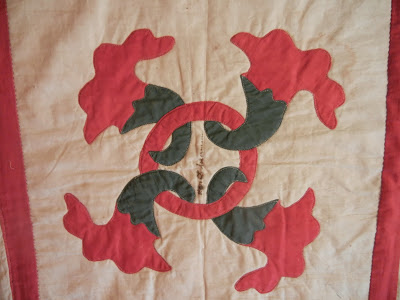 Illegible but last name is Ackerman. 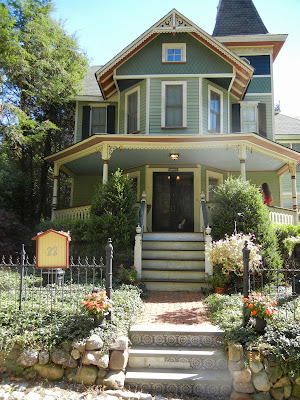 This cottage was built c. 1888 in the "Queen Anne style with cut-away bay windows, intricate spindlework, gable ornamentation, and the avoidance of flat wall surfaces." The property consists of six lots which when purchased in 1887 were priced between $40 and $50 each. 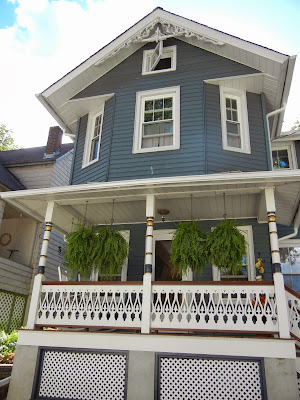 This neat and tidy cottage was built c. 1900s and is typical of Mount Tabor Victorian architecture with gable front and porch below. In 1870 the property consisted of three separate tent lots that leased "for $36, $31, and $29 respectively."

All in all, it was a beautiful Indian summer-like day to be out and about looking at houses and quilts. Actually, it was perfect :)

Here are some more pics from last year's tour.