My dear father, Franklin Ralph Davis (1909-1992), was the eldest child of Ralph and Maud (Hankinson) Davis of Palisades Park, NJ, and if you asked him about his ancestors he'd always answer, "I don't know, they came over on one of those early ships." Every once in a while he would tell stories about his grandmother and uncles but he never really knew much about his great-grandparents, Henry Wooden Davis and Eunice Fisk.

He was a quiet, sincere, and well-mannered man who worked hard all of his life. He made airplane propellers during WWII, worked in a post office when I was in high school and eventually became a plant manager at Paterson Canning Company in Paterson, NJ. He kept our house well-stocked with C & C Super Coola soda :) He loved the outdoors, especially fishing, dabbled in photography, and was an avid reader. He also loved his pipes. 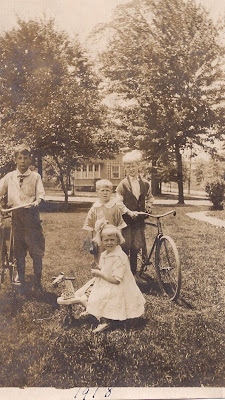 My father (center) with his brother, Alvin, and sister, Margaret, in 1918, the same year that he won First Honors in the Junior Four Minute Men Speaking Contest for The Third Liberty Loan in Palisades Park, NJ. 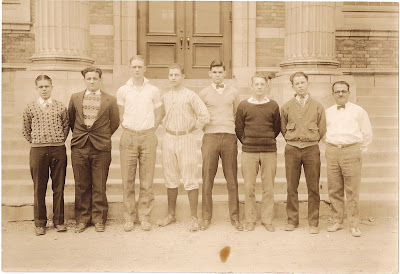 In 1927 he (3rd from left) earned a 'Varsity L' for being on the basketball team at Leonia High School. According to the year book account of the team's record: "The 1927 basketball season was a rather disastrous and uneventful one. A total of twenty one games was played. The team won seven and lost fourteen. It was the team's first year in the N.N.J. league and it wound up in last place in the league. . . The most impressive and gratifying victory for the team was its victory over Englewood. The score was 22-21. . " 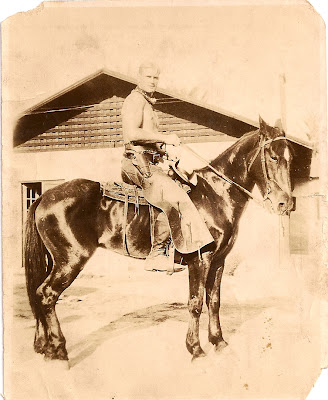 After graduating high school in 1927, Dad went west. In 1930 he was living on a date farm outside of Cathedral City, CA. 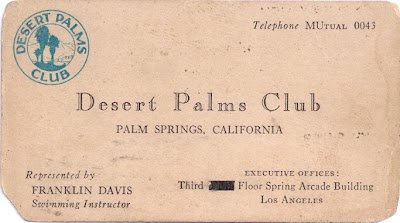 At the age of 21 he was a swimming instructor at the newly opened Desert Palms Club in Palms Springs but returned to NJ the following year. 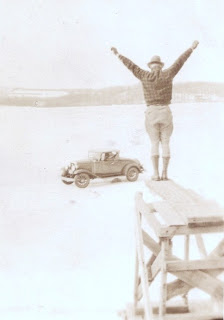 Lake Mombasha in Orange County, NY, was one of his favorite places to visit. In the winter he and his buddies would drive his Model-A out onto the frozen lake, slam on the brakes and spin around; and during the summer months he'd enjoy some serious freshwater fishing. 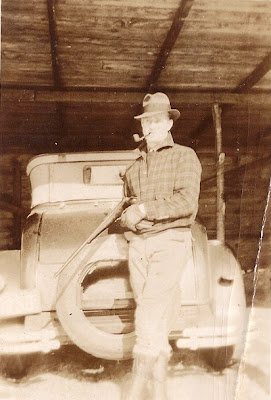 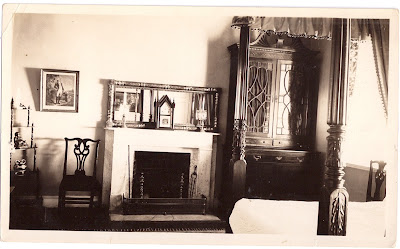 On a trip to Washington, D.C. he took this time exposure photograph of a bedroom at Mount Vernon and  won $25.00 in a photo contest. 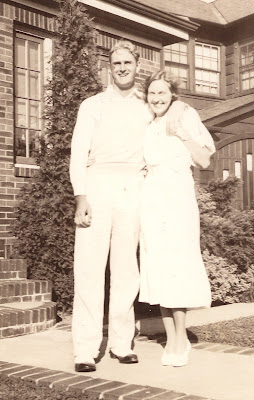 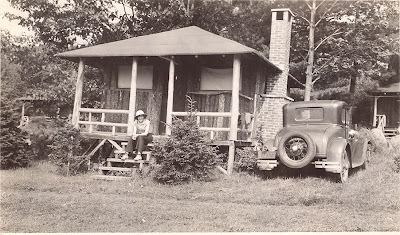 . . . and spent their honeymoon in a cabin on Lake Anasagunticook in Maine. 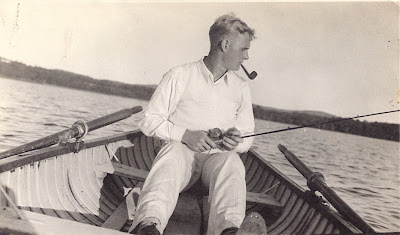 This is my all-time favorite picture. 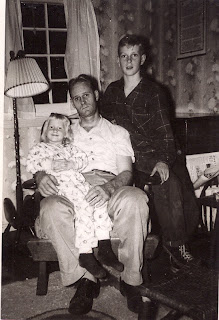 When I was growing up, we lived in a little house in Leonia, NJ, that had a brook running through the property. 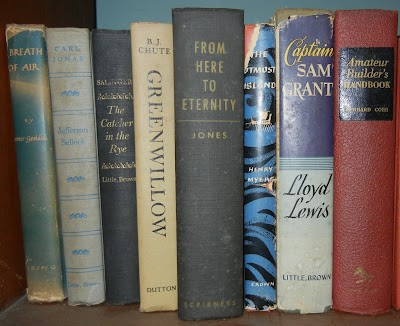 I must get my love of reading from my Dad. He belonged to the Book-of-the-Month Club and these are some of his books.

Thanks, Dad, and Happy Father's Day!