Last month, friends and I spent a day traversing Union County, NJ,  visiting historic sites that were open to the public during their Four Centuries in a Weekend tour. I am always interested in colonial houses but when there are quilts on display, that's even better. 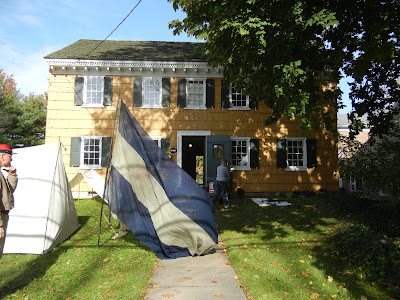 The mid-18th century Cannon Ball House, so named for a cannon ball lodged in the wall of the house during the Revolutionary War, survived being burned by the British in 1780. That's a huge flag in the front yard--part of a Civil War encampment that was going on during the open house. 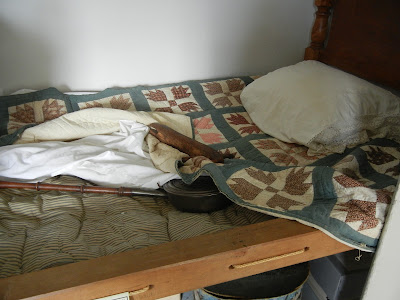 The first quilt sighting was a Bear's Paw quilt on a rope bed. 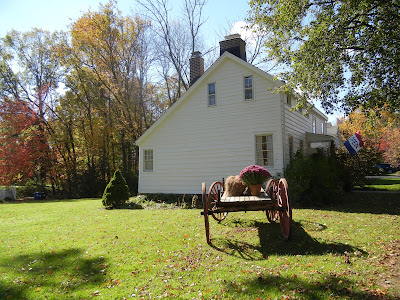 The Salt Box Museum, named for  the sloping rear roof which resembles the box in which salt used to be kept, is actually two houses that were joined together in the mid-19th century. 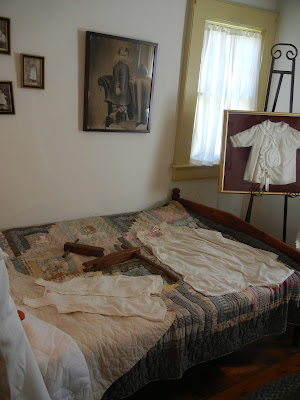 A small bedroom in this house had a Log Cabin quilt on a rope bed and children's vintage clothing displayed throughout. 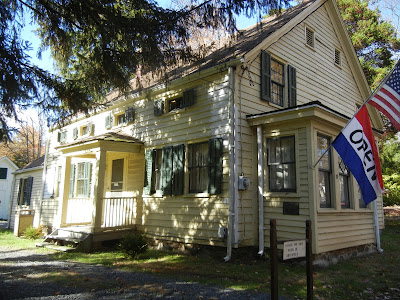 The Littell-Lord House was built c. 1760 and had been owned and lived in for more than 100 years by the Lord family who purchased the site in 1867. 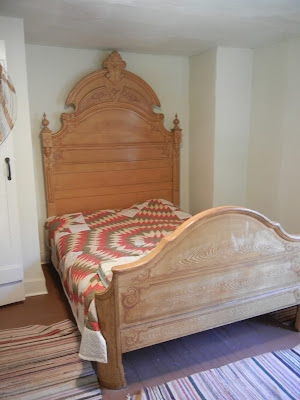 A Star of Bethlehem quilt was on the Victorian bedstead in an upstairs bedroom. 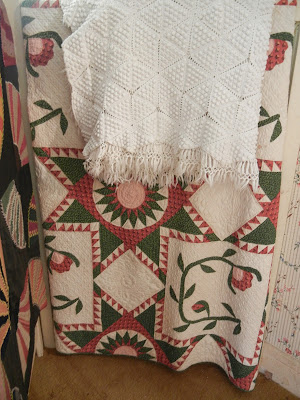 A Feathered Star/Sunflower Variation was displayed on a rack at the bottom of the stairs. 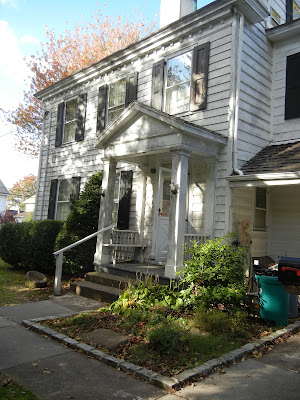 The Caldwell Parsonage was rebuilt after the British burned it during the Revolutionary War. 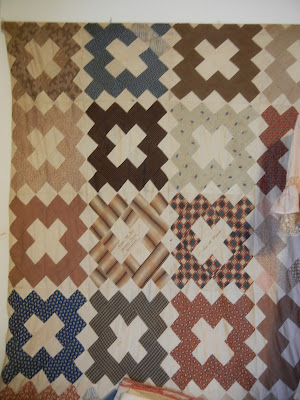 An unfinished Chimney Sweep hung in one of the rooms. 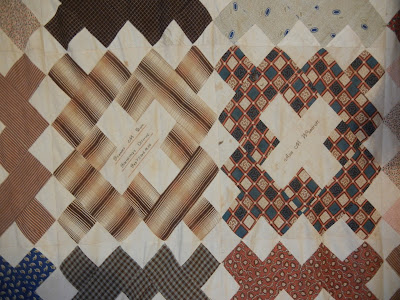 Only two of the blocks were signed and both were done in cross-stitch.
On the left:

On the right:
Ann M. Woodruff 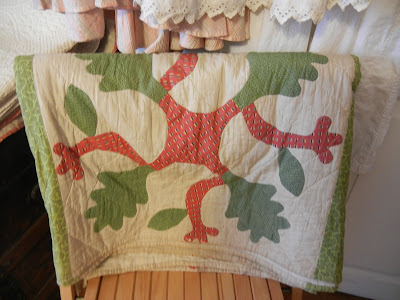 How's this for an original applique design? 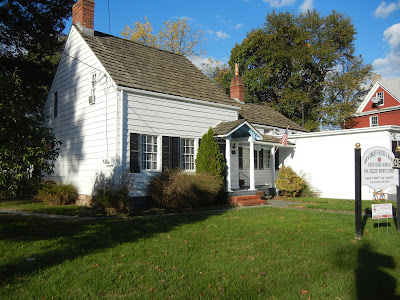 The Woodruff House was built c. 1735 and had a 1930s applique quilt on a colonial cradle but I was more interested in the c. 1900 general store that was attached to the house. 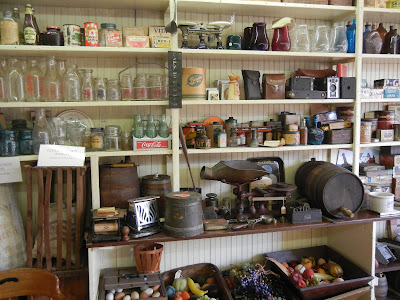 There's just something about general stores that I absolutely love . . . 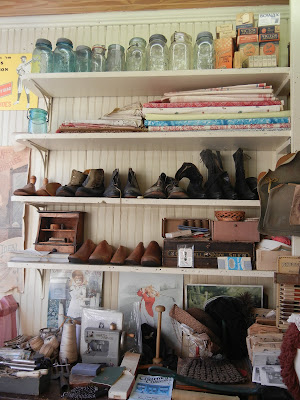 Perhaps it's because I have so many of these same items in my house :)