The day before Sandy arrived I was with a friend in Hoboken on a self-guided house tour of condos and Victorian homes. I also wanted to find the house where my grandparents lived at one time. 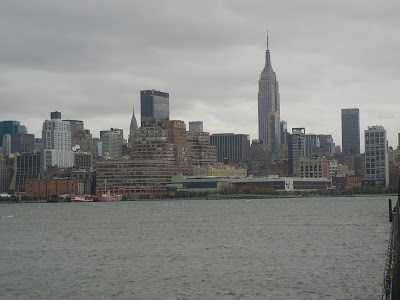 We started at the waterfront looking across at The Empire State Building. The wind was already beginning to kick up and I had a hard time holding my camera steady. 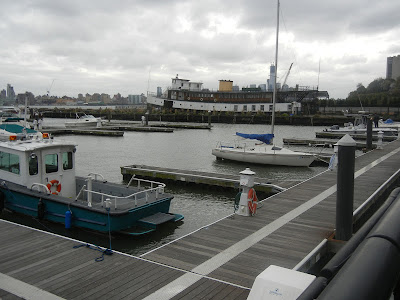 The Yankee Ferry (large ship in back of photo) was not open due to the impending storm. It is currently a bed and breakfast owned by Victoria and Richard MacKenzie-Childs of decorative arts fame. Here is a link to some great photos. 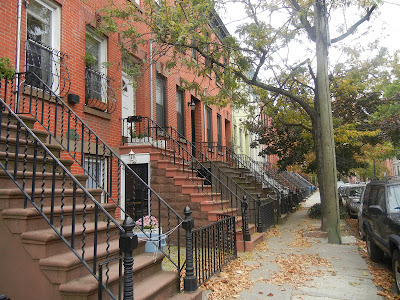 Hoboken streets are lined with row houses and many were decorated for Halloween . . . 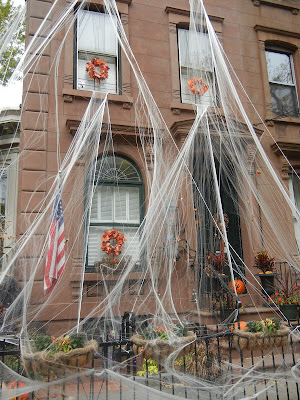 . . like this one which was part of the tour. All were private homes so no photography allowed. 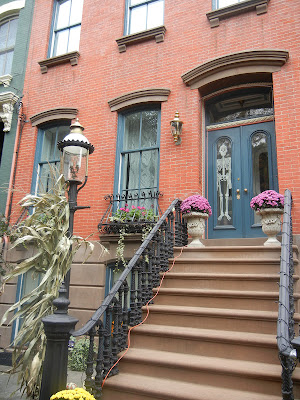 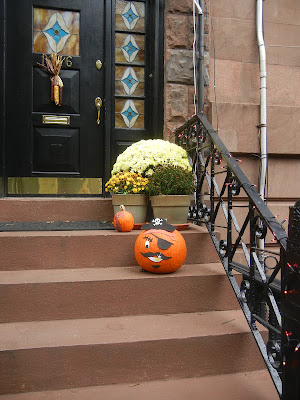 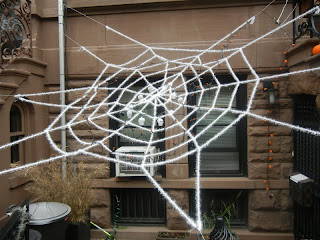 . . .and a huge spider web were just a few of the fun decorations. 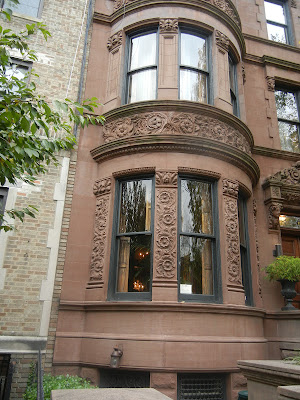 This Italianate-style home once housed a medical practice where Frank Sinatra had his tonsils removed--just a bit of trivia :) 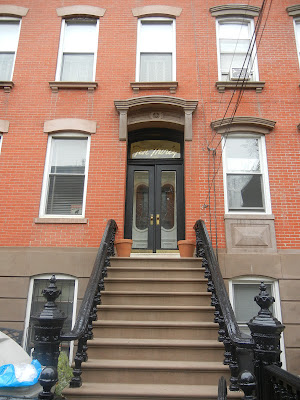 My grandparents' house was easy to find. They lived here in the early-1950s but only for a short period of time. My grandfather worked at Stevens Institute of Technology and moved to Hoboken so he could walk to work. 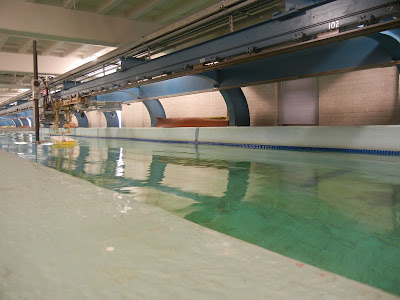 The  Davidson Lab at Stevens' was also part of the tour. This 313-foot high speed towing tank is used to study the effects of wind and tide on model boats and how it applies to larger ships. Along the walls were models of some of the 'wooden boats' that were used in their early research. I didn't take photos.

As soon as I got home, I called my brother as he remembers e-v-e-r-y-t-h-i-n-g. I asked him about the Hoboken house and what, exactly, Poppy did at Stevens'.  When he started telling me Poppy used to work with 'wooden boat hulls' I couldn't believe what I was hearing! Little did I know that I would be standing in the same building where my grandfather had stood so many years ago. What a treat!