Soldiers of the Revolution

On this Fourth of July, let us not forget those who fought for our freedom.

Abner Ball
A Soldier of the Revolution
Livingston, NJ

On September 18, 1832, Abner Ball appeared before the judges of the Inferior Court of Common Pleas in Essex County, NJ, and gave a declaration to obtain pension benefits relating to his service in the Revolutionary War. He was seventy-three years on the “first of January next” and a resident of Livingston, NJ. He received $80 per year beginning August 22, 1833.

At the age of sixteen, Abner enlisted “on or after the 1st of January 1776” in the NJ Militia commanded by Capt. Isaac Smith.  He was “called out to Bergen on the 4th of July when Independence was declared.”  From January 2nd to February 12th 1777 he was on a one-month tour when Washington was encamped at Morristown and was stationed at Westfield, Springfield, Connecticut Farms, and “other places in that vicinity.”

Abner’s total military service was a little over two years. He was in several battles near Belleville, Connecticut Farms, and Springfield, NJ. He was born Jan. 1760 and died May 23, 1848. He was a Justice of the Peace and a Deacon at the Northfield Baptist Church. He is buried in Northfield Baptist Cemetery, Livingston, NJ, with his wife, Rachel Robertson. 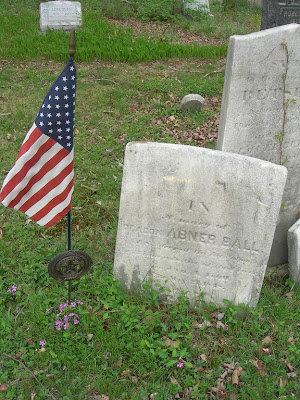 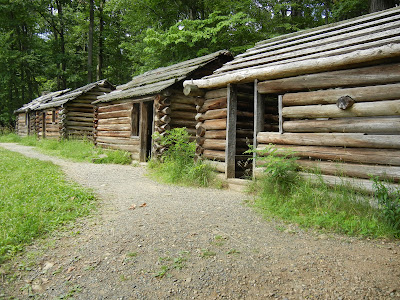 During the winter of 1779-1780, the majority of Washington's troops camped at Jockey Hollow in Morristown, NJ. This site is maintained by the Morristown National Historical Park. 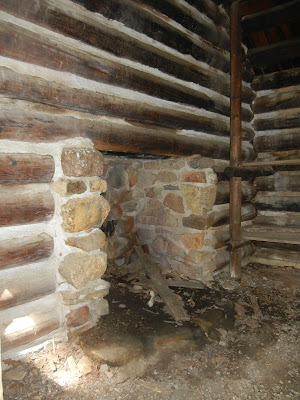 Each log hut had a large stone fireplace and wooden platforms which served as bunks. Often Henry Wick's farm (see prior post) offered shelter to some of the 10,000 men who were encamped on a nearby hillside.

The following Soldiers of the Revolution are buried at the Hanover Presbyterian Church Burial Ground in E. Hanover, NJ.  There are some that have a gravestone and a military marker, others have one or the other. 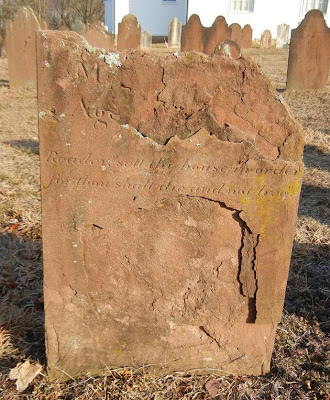 Sacred to the memory of
Capt Enoch Beach who
died March 7th 1814
Aged 77 years
Reader; set thy house in order
for thou shalt die & not live. 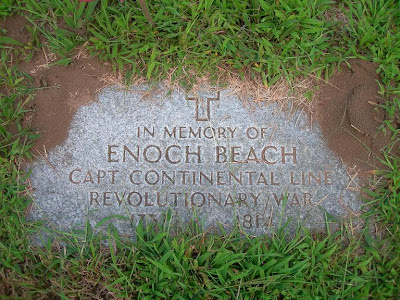 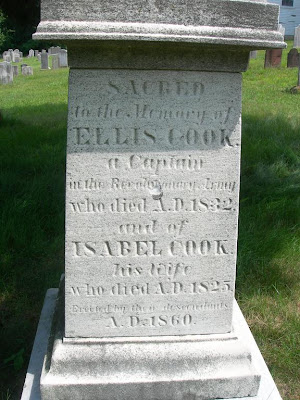 Sacred
to the memory of
Ellis Cook
a Captain
in the Revolutionary Army
who died A.D. 1832
and of
Isabel Cook
his wife
who died A.D. 1825
Erected by their descendants
A.D. 1860 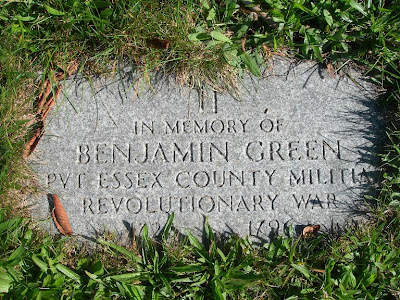 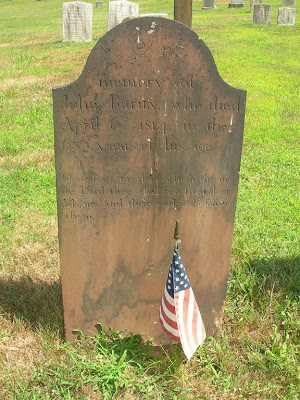 In
memory of
John Rarity who died
April 6, 1814 in the
65th year of his age.
Blessed are the dead which lie in
the Lord they shall rest from their
labours and their works do follow
them. 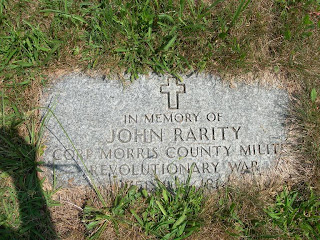 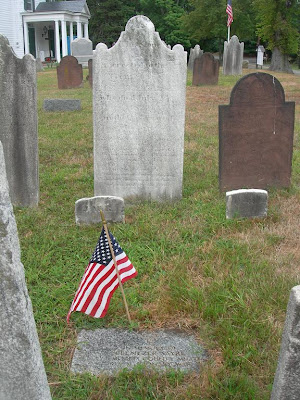 This Stone is Erected
to the Memory of
Ebenezer Sayer
who died July 27th 1822
in the 75th year of his age
Ye fleeting arms of earth farewell,
Your springs of joy are dry.
My soul now seeks another home;
A brighter world on nigh.
O let us fly to Jesus fly,
Whose powerful arm can save,
Then shall our hopes ascend on high,
And triumph oer the grave. 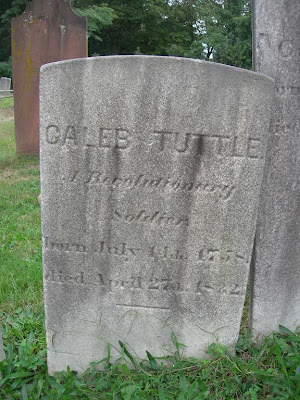 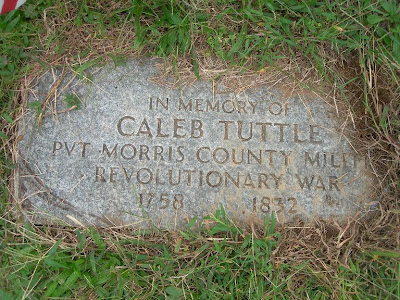 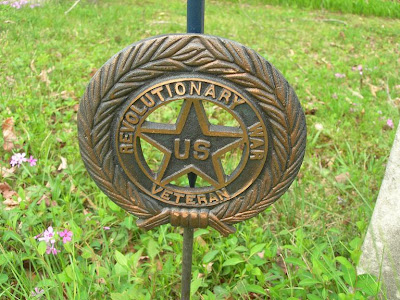