The Wick House and Farm Garden

The Wick House and Farm Garden in Morristown, NJ, are maintained by the National Park Service. The house was built c. 1750 by Henry Wick, a Long Islander, who became the owner of 1400 acres in Morristown. The legend that continues to live on is about his daughter, Tempe, who in 1781 was stopped by several mutinied PA soldiers demanding that she give up her horse. She refused and galloped away. When the soldiers came looking for the horse they searched the barns and the woods, never thinking to look in the house. Tempe had put a feather bed on the floor to deaden the sound of the horse's hooves thus preventing the thieves from stealing her horse. 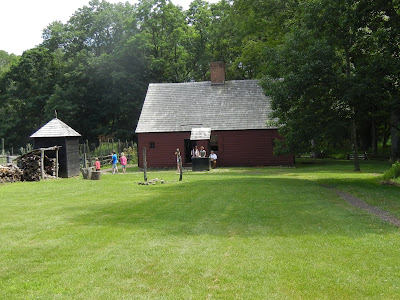 The one-story Wick House was restored to near-original condition in 1934. During the Revolutionary War the house was open to Capt. Joseph Bloomfield (later 4th governor of NJ) who stayed there during the winter of 1776-77. 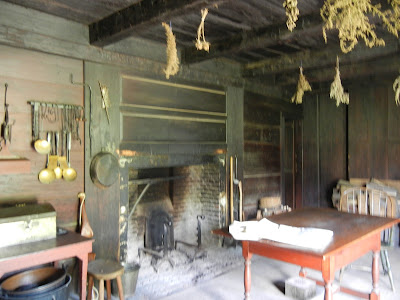 The kitchen with its large fireplace and wood plank walls. Even during the day, the house is extremely dark inside. 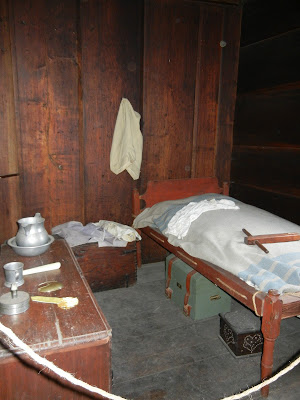 Behind the kitchen are several rooms including this small bedroom with a rope bed, dresser, and chest. 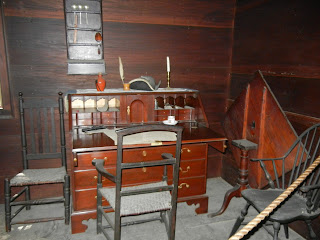 The main room features Henry Wick's writing desk which dates to 1770. At one time two rooms were rented out to an officer and his aides who used them for their office, dining room, and bedrooms. 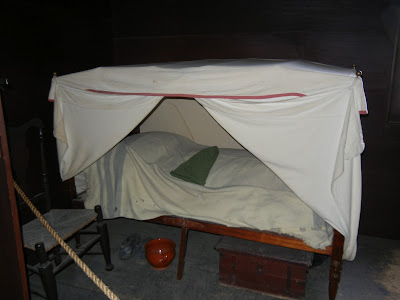 This very small bed is in the same room as the desk. 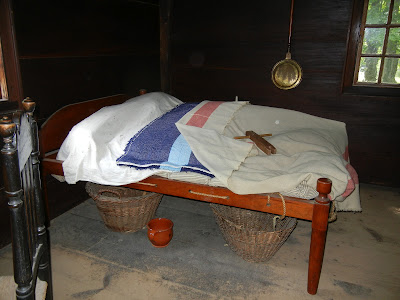 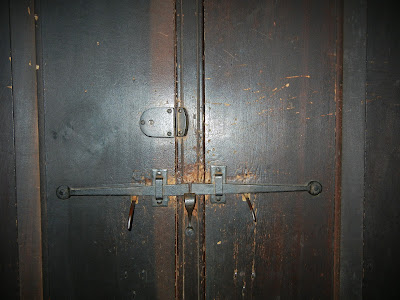 A pair of lovely old latches on these interior doors. 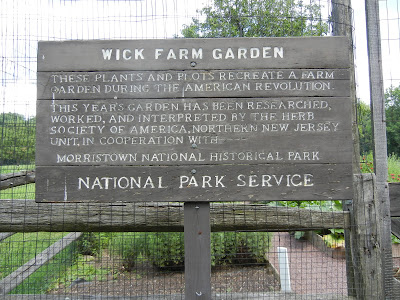 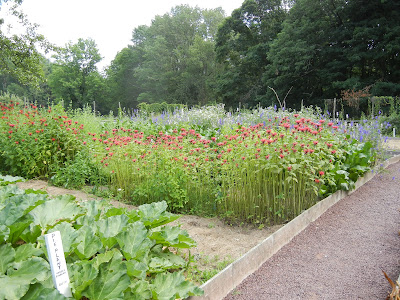 This meticulously cared-for garden is to die for! 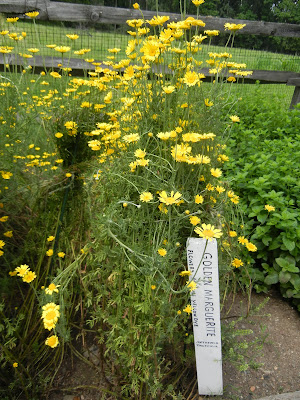 All plants are identified for their medicinal or culinary purposes. Marguerites were used for yellow dye. 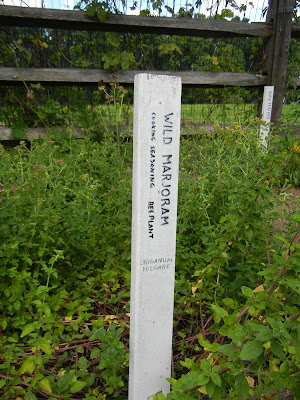 Wild Marjoram was used for a "cooking seasoning." 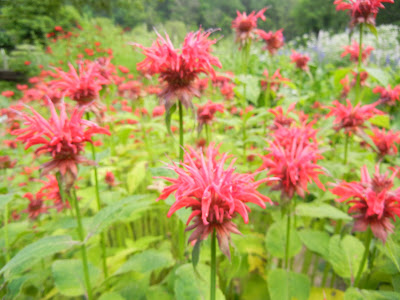 One of my all-time favorites--Bee Balm :)