My husband's grandmother had three sons who fought in World War II. 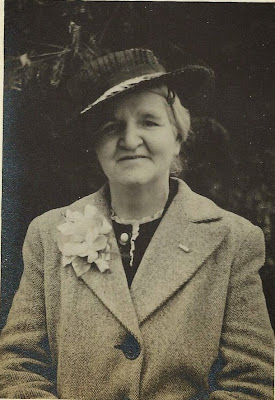 Johanna Hudson Franckevitch (1888-1958) was born in Liverpool, Lancashire, England and emigrated to British Columbia where she married Casimir Franckevitch on 14 Oct 1911. The family moved to Seattle where they raised four daughters and four sons. 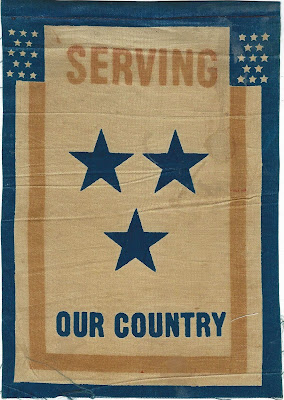 In 2006 we went to Seattle for a "cousin reunion" and I came home with a large envelope of family memorabilia. This World War II window flag belonged to Johanna. One star for each family member serving our country. 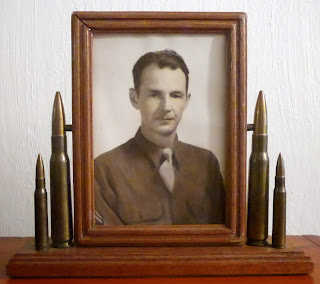 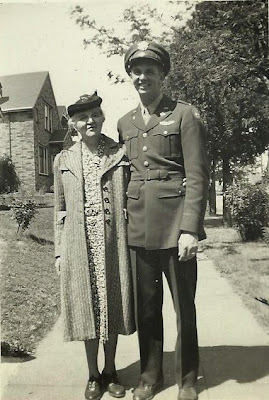 Johanna with Joe taken June 6, 1943. Joe's plane was shot down northwest of Kobe, Japan in 1945. You can read his story on last year's blog here. Make sure you scroll down to the bottom of that post and read the moving comment left by his granddaughter, Kerrigan. 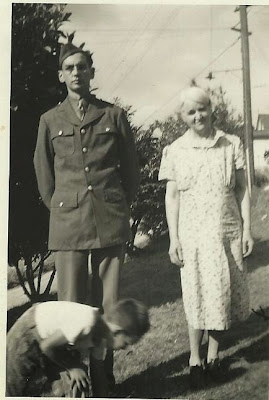 Pete enlisted 7 July 1943 shortly after he graduated from high school. According to his obituary ". . . he trained as a heavy machine gunner and was qualified as an expert and combat infantryman marksman. He served in the Eastern Mandates in the Southern Philippines, Luzon and Ryukyus. . . he earned a Bronze Star, the Asiatic Pacific Service Medal, the Philippine Liberation Medal, the Victory Medal and a Good Conduct Medal." 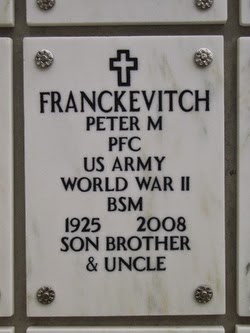 One of the things I love about our town is Memorial Park with its war memorials. 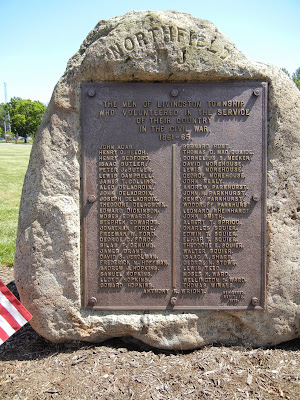 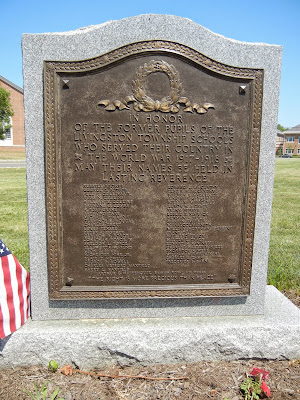 In honor of the former pupils of the
Livingston Township public schools
who served their country in
*The World War 1917-1918*
May their names be held in
lasting reverence. 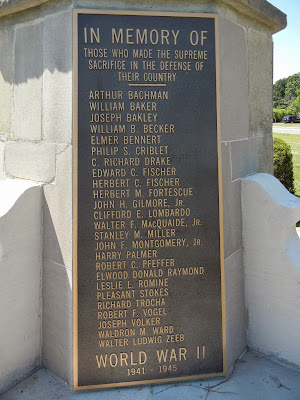 In memory of
those who made the supreme
sacrifice in the defense of
their country. 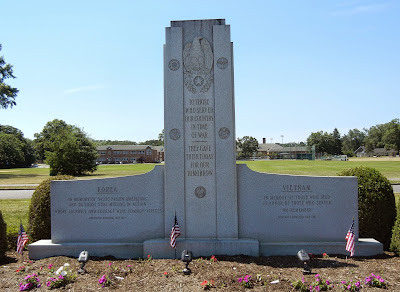 To those who served our country in time of war.
They gave their today for our tomorrow.

(L) Korea
In memory of 54,236 fallen Americans
and to those still missing in action
where sacrifice and courage were common virtues.
Dedicated Memorial Day 1987 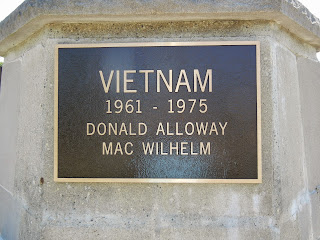 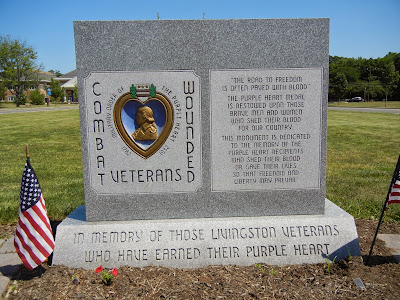 (R) "The road to freedom
is often paved with blood"

The Purple Heart medal
is bestowed upon those
brave men and women
who shed their blood
for our country.

This monument is dedicated
to the memory of the
Purple Heart recipients
who shed their blood
or gave their lives
so that freedom and
liberty may prevail.

In memory of those Livingston veterans
who have earned their Purple Heart. 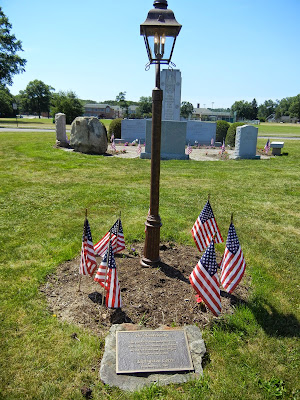 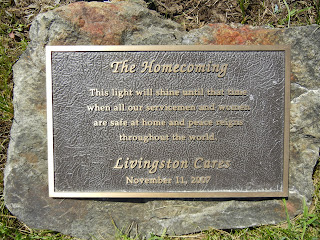 This light will shine until that time
when all our servicemen and women
are safe at home and peace reigns
throughout the world.