I used to document everything when making a quilt and as a result many of my earlier projects have detailed info in the file. Here is the story of Sturbridge Strippy.

May 14, 2004. I saw the most beautiful c. 1830 quilt at the Northern Comfort Symposium at Old Sturbridge Village in June 1998. Not only was it a strip quilt with cut-out corners but the borders had the most magnificent blue fabric that I have ever seen. I was smitten!

But after a futile and unsuccessful first attempt to reproduce the quilt I ultimately had to settle for a different version. 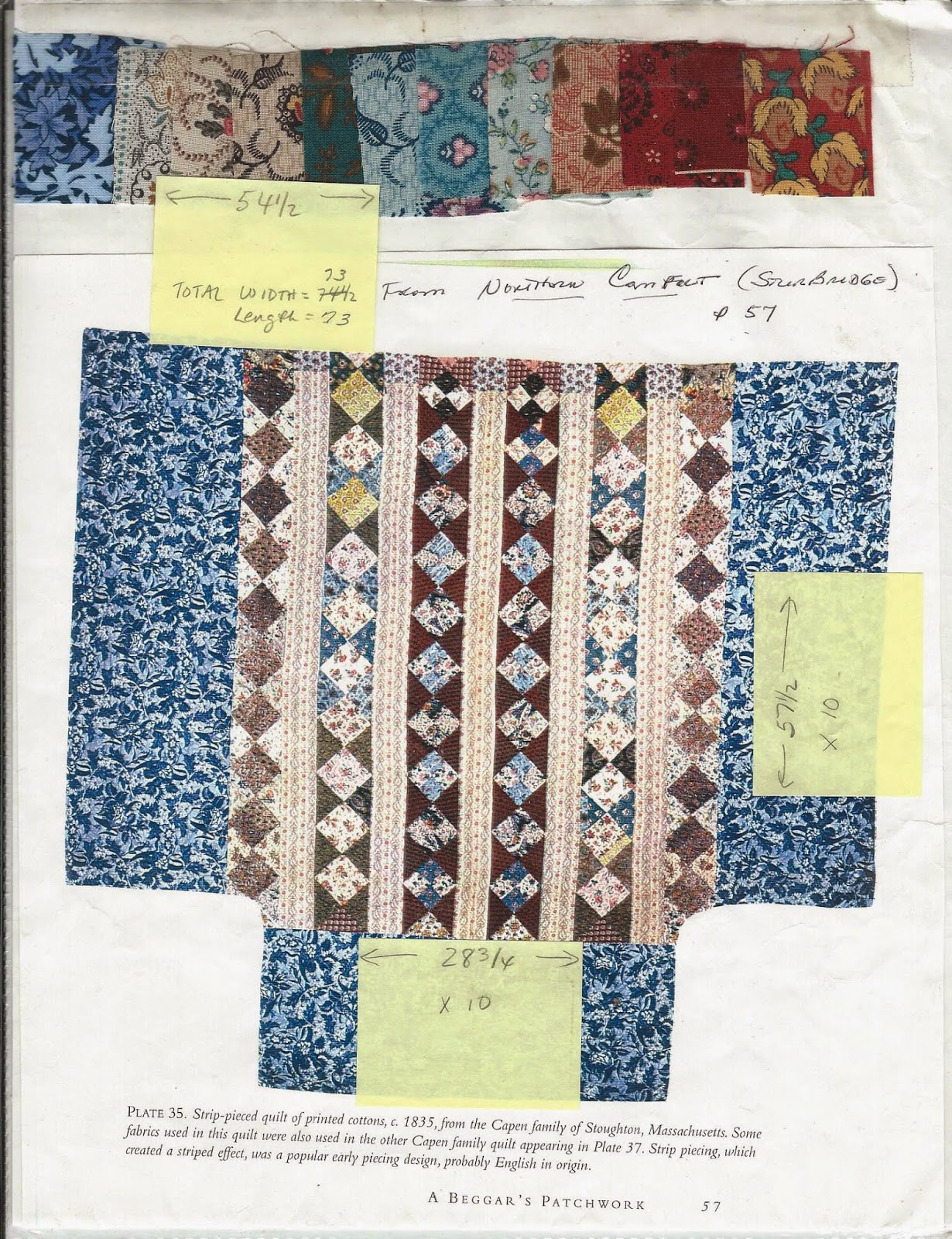 During the course of the 2-day symposium, Rachel, Rita and I spent a great deal of time studying the original quilt and planning a smaller version to reproduce. It was the topic of conversation nearly every spare minute and at every meal but the big question was where would we ever find a suitable blue fabric? We were working from a color xerox of the quilt which was published in Lynne Bassett's book, Northern Comfort: New England's Early Quilts 1780-1850 (1998). Thus began a 2-year quest to find the right fabrics. 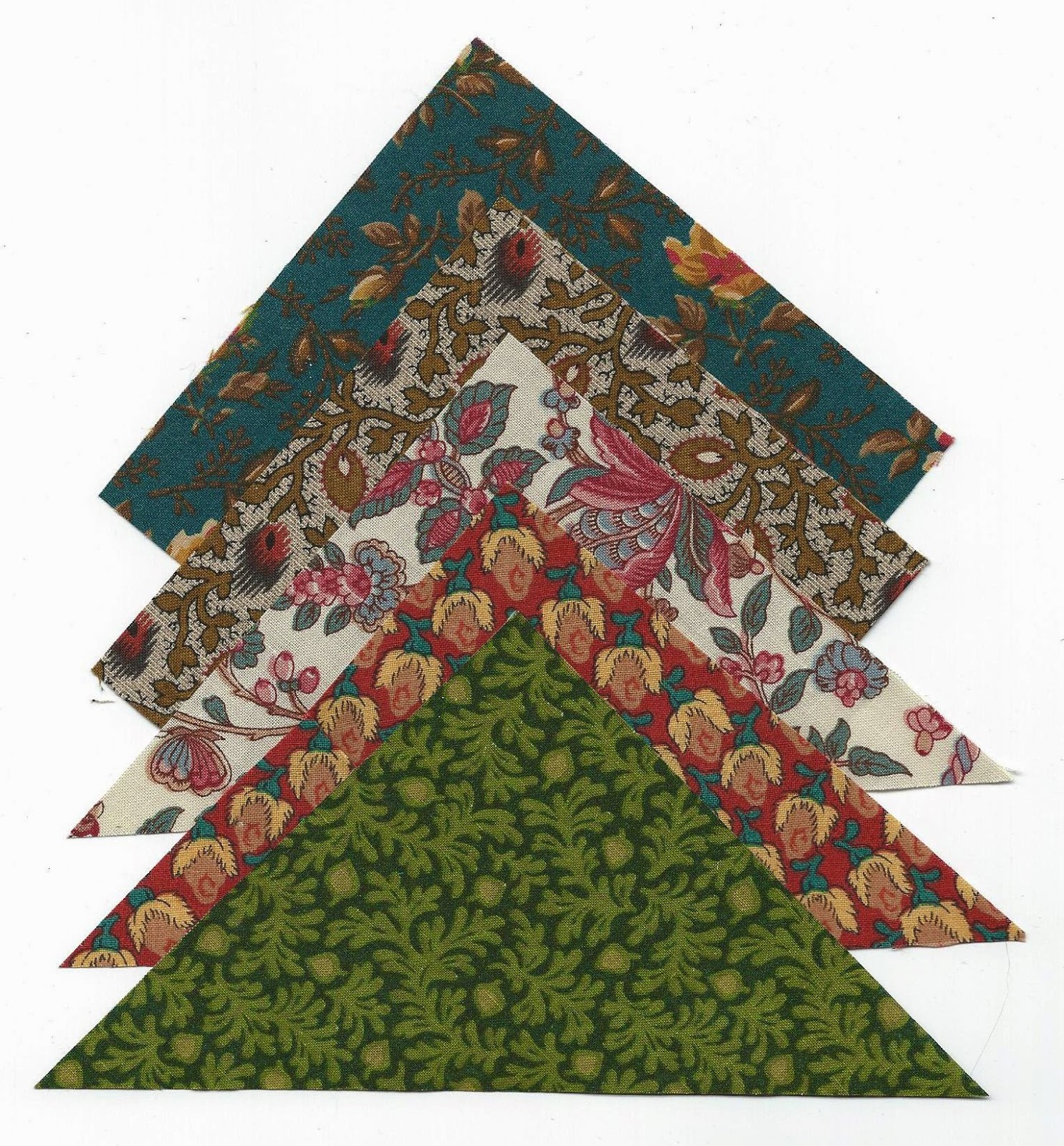 Here are some of the fabrics I used in the center strips. Many of the blues and browns I purchased in Lancaster during our annual fabric-shopping trips. In fact, it was on one of those trips that I found a blue print that I thought might work for the borders. 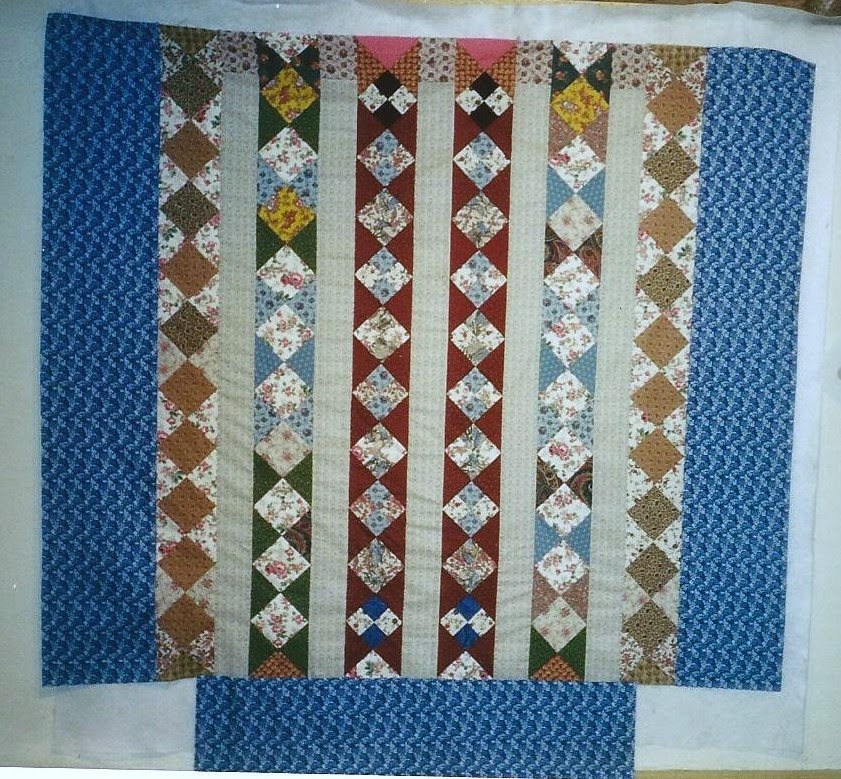 Well, that blue fabric didn't work at all. It was too "squiggly" and gave the wrong appearance from a distance. In addition, the width of the borders was off and even though I wanted to have cut-out corners like the original, the whole top was out of proportion. I was really disappointed with the outcome. 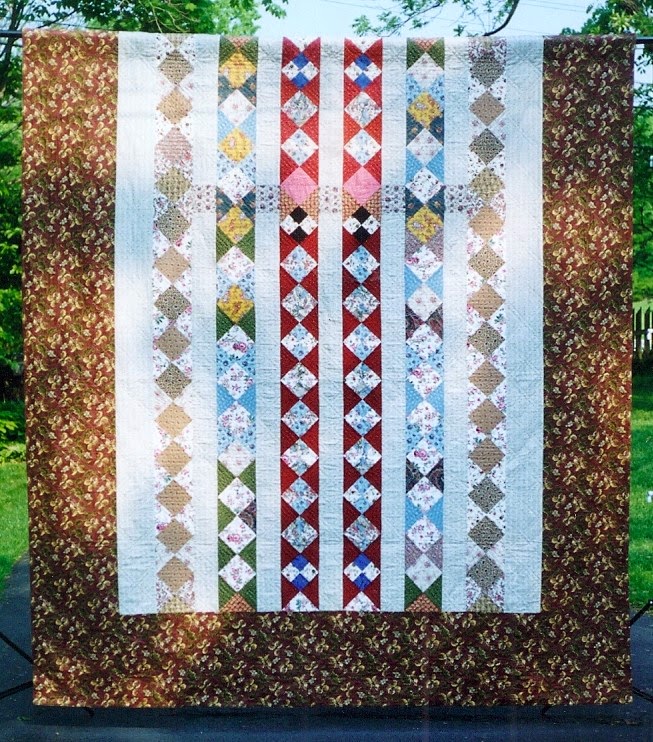 Then sometime in Fall 2001 or Spring 2002 I decided to enlarge the quilt so I could use it on our bed. This meant increasing both the length and width by about 18" each. It also meant replacing the borders with a different fabric and making them much wider. There is a defining row of triangles that marks the beginning of the section where I added on. The fabric I used for the borders was Moda's Ruffled Iris by Barbara Brackman and Terry Clothier Thompson. 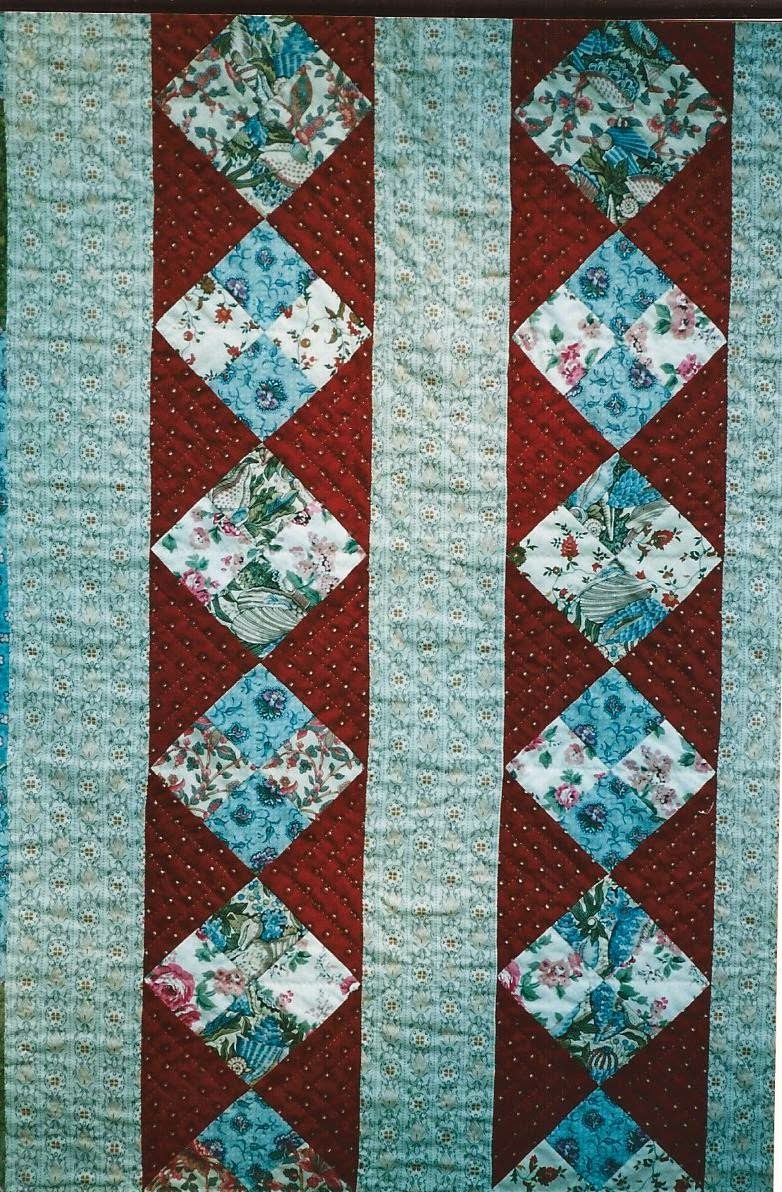 I used Quilters Dream Request batting and quilted a "a little every morning" for 9 months. I chose a knife-edge treatment for the outer edges as opposed to an applied binding. The finished quilt is 89" x 97" and is probably the largest reproduction I will ever make. I was pleased with the final result and it looks so nice at the bottom of our bed. In June 2004 I entered the quilt in the Bed Quilt Pieced 280" or Larger category at the New Jersey Quilt Convention in Edison, NJ, and took 3rd place :)