Sometimes I'm in the right place at the right time. Just two weeks ago at our guild meeting someone was looking for a home for a Sunburst quilt top and as I was listening to her story she asked me if I was interested. Was I ever!

Several years ago I was dropping off some flea market items for our local historical society fair and inquired about an "early quilt" that was folded on a chair ready to be inventoried and priced. The president said if I wanted it I could have it for $5. A day or two later I was feeling really guilty at how much I paid and sent the historical society a donation.

Thank you, Rachel, for that cute little Mini-Tumbler kit :) 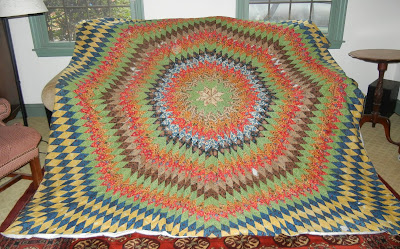 This is the wonderful Sunburst quilt top that was given to me :) It measures 95-1/2" x 95-1/2" but in order to photograph it I had to drape it over the sofa as it's way too large to hang on any wall in my house. There is a solid white backing which is visible in the row of deteriorating light brown prints. 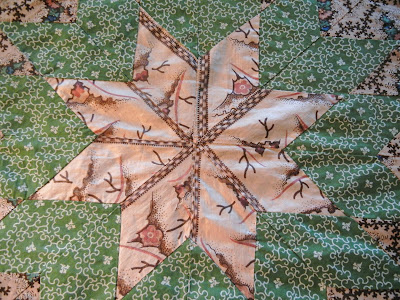 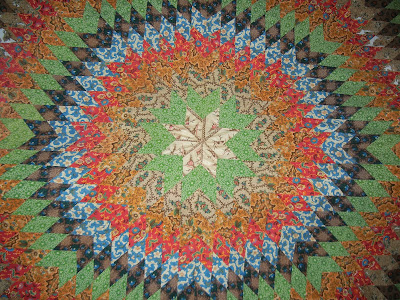 The prints aren't anything like those found in early (c. 1840) quilts which makes me think this top was made later--perhaps between 1875-1925? Any thoughts? 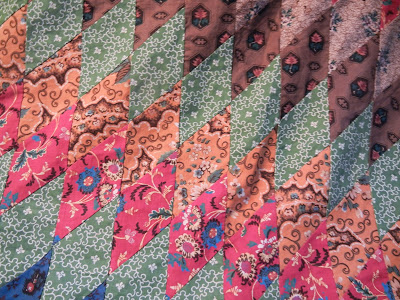 The gold-colored fabric has a definite weave unlike the others which are your typical cottons. 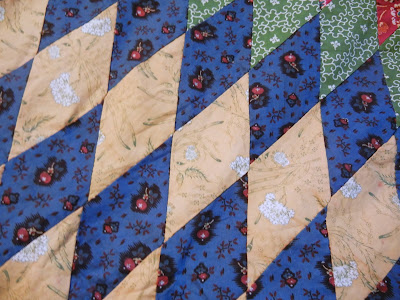 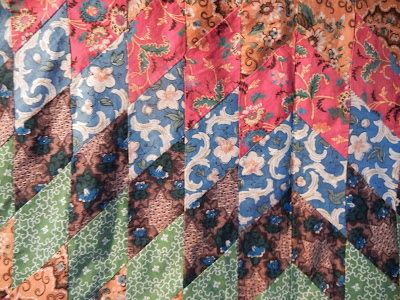 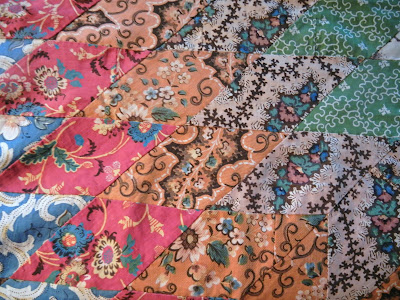 All in all, it's a great fabric study. Would love to hear from you if you have any thoughts as to its age. 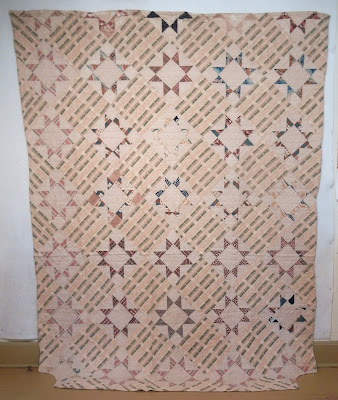 This is my $5 Simple Star quilt. It's 64" x 82" with cut-out corners, straight line quilting in concentric squares, and knife edge finish. 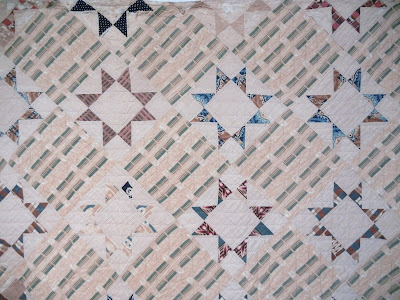 The alternate block fabric is really interesting. In between the blue stripes are tone on tone swirls which are hardly visible. The back of the quilt is homespun. Quilting thread is dark blue and natural. 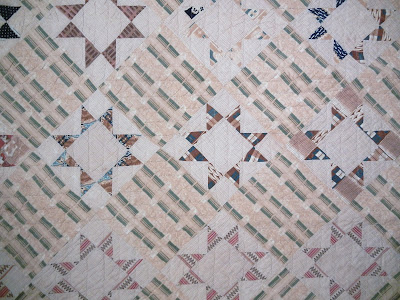 A limited number of fabrics in large scale prints, plaids, and stripes were used for the stars. 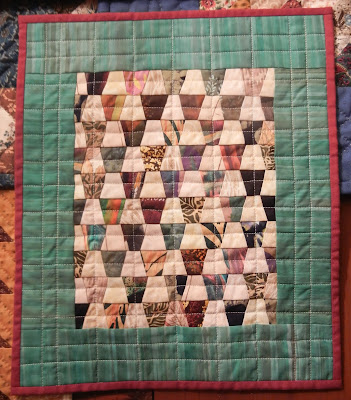 I've been wanting to make a Tumbler quilt for quite some time so my good friend, Rachel, gave me a Mini-Tumbler kit. This was my first attempt at paper-piecing and I just might be hooked. The tumblers are only 1" and the entire piece is 12" x 14." 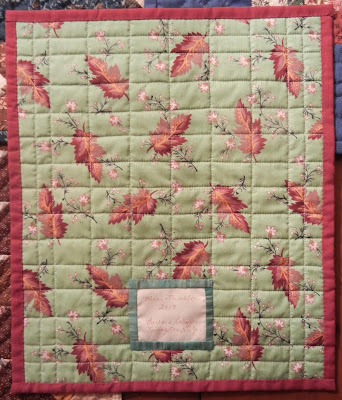 Here is the back. I machine quilted it in 1" x 2" rectangles which is nearly another first for me as I rarely do any machine quilting.  Thanks, Rachel, it was loads of fun!