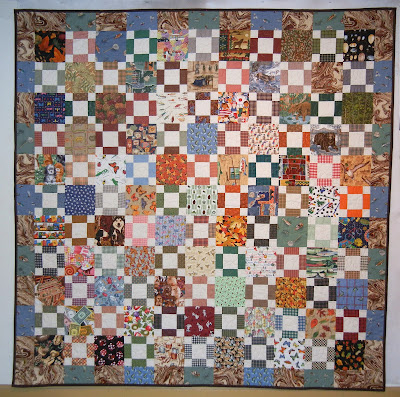 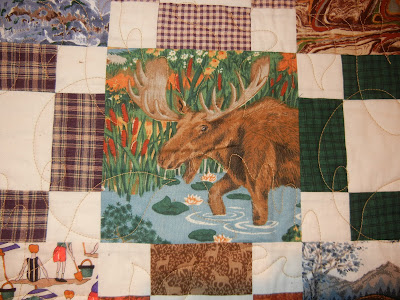 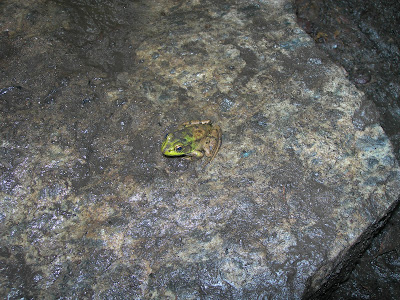 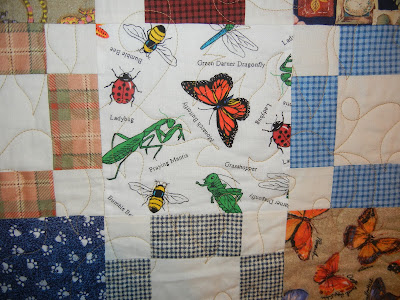 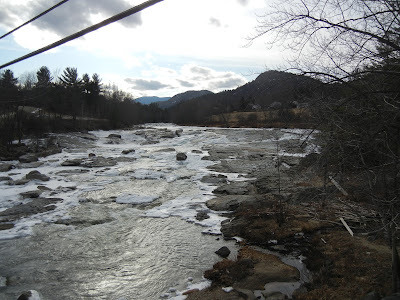 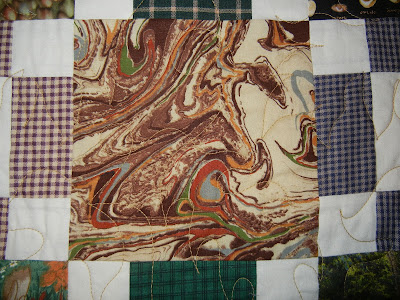 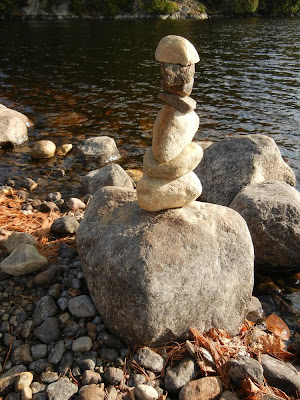 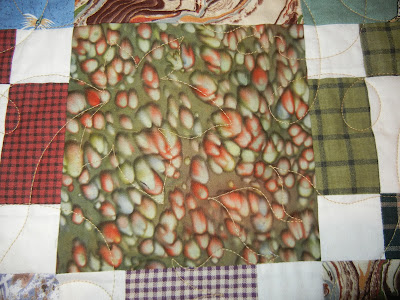 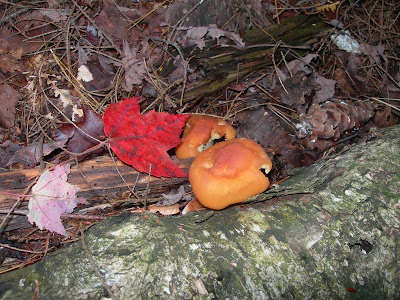 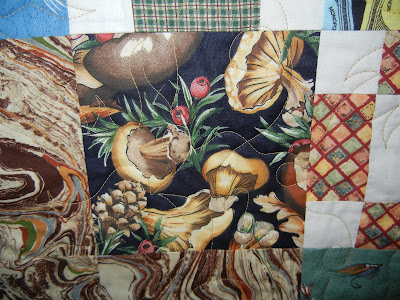 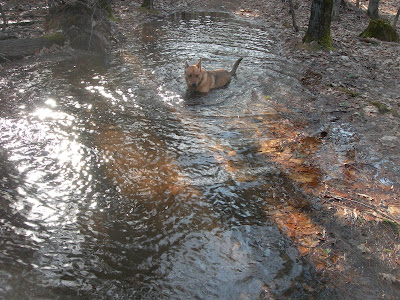 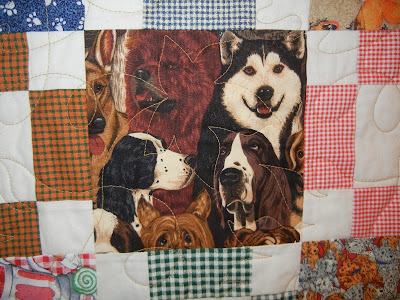 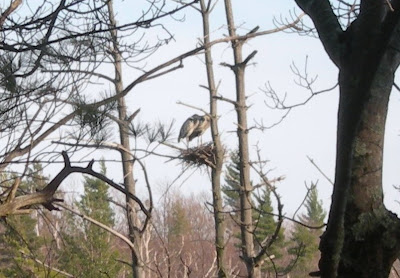 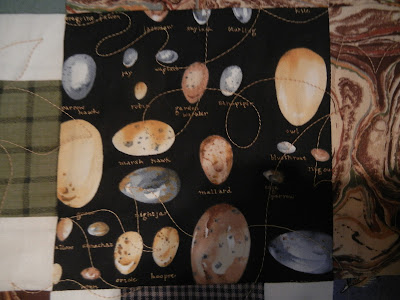 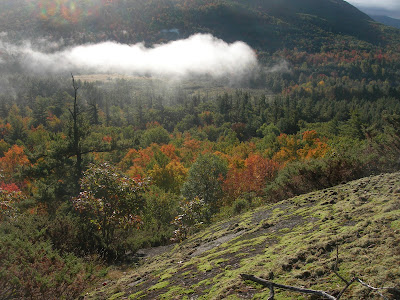 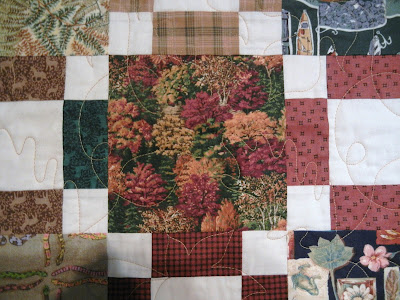 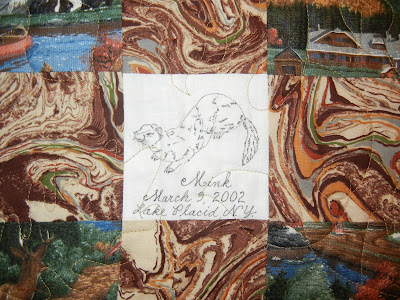 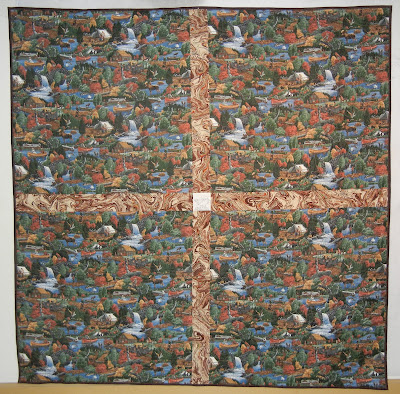 I found this Adirondack-y fabric a long time ago and finally put it to good use!
Posted by Barbara at 4:50 PM 4 comments:

There are gravestones that often give a little more information other than name, birth date and death date, for instance, where the person was born, or specifically where he or she died, parents' names, occupation, or even a short story of a life well-lived. Then there are gravestones with last names only or ones with names, death year and nothing else. Curiosity always gets the best of me when there's hardly any information at all. Who was this person? What was his or her occupation? 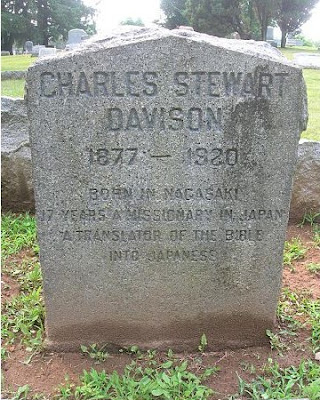 Hanover Cemetery, Hanover, NJ
On May 3, 1918 Charles S. Davison applied for an "Emergency Passport" at the American Embassy in Tokyo, Japan.  He stated he was born on Feb. 14, 1877 in Nagasaki, that his father was John C. Davison born in Harmony, NJ, and currently residing in Kumamoto, Japan, for the "purpose of missionary work." Charles' legal domicile was East Orange, NJ, but his permanent residence was Tokyo, Japan. He was a missionary working on behalf of the Board of Foreign Missions of the Methodist Episcopal Church. He "lived in Japan all my life with the exception of a period of twelve years residence in the United States." In 1920 he was living in Madison, NJ, with his wife, Florence Bower, and their three daughters who were also born in Japan. 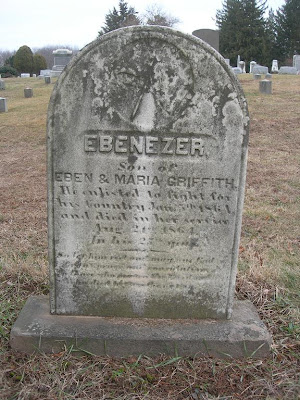 Hanover Cemetery, Hanover, NJ
Ebenezer
son of
Eben & Maria Griffith
He enlisted to fight for
his country Jan. 5th, 1861
and died in her service
Aug. 21, 1861
In his 25th year 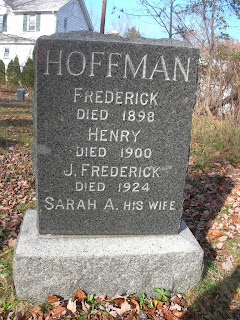 Northfield Baptist Cemetery, Livingston, NJ
Frederick Hoffman is buried with his two sons, Henry and J. Frederick, and daughter-in-law, Sarah. Born abt. 1826 in Saxony, Germany, Frederick was a farmer in Livingston, NJ, from 1860 until the time of his death in 1898. His wife's name is unknown. He had three children: Augusta b. 1842, Henry b. 1850, and J. Frederick b. 1853. Son Henry was a farm laborer who lived at home and was 50 years old when he died in 1900. Son J. Frederick (John Frederick) was also a farmer in Livingston, NJ, where he lived with his Canadian-born wife, Sarah. They had no children. It is unknown when Sarah died. 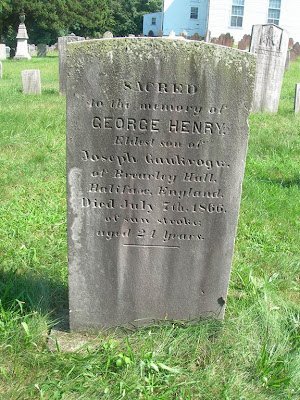 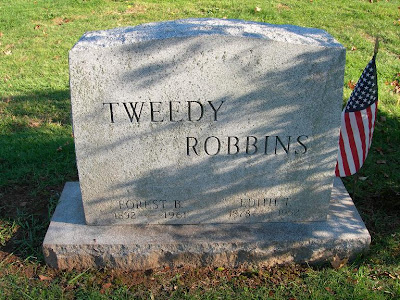 Hanover Cemetery, Hanover, NJ
This is one of my favorites. A gravestone that prominently displays the names Tweedy and Robbins. They are  brother and sister--Forest Tweedy and Edith Tweedy Robbins.  Forest Birchard Tweedy was born 4 May 1892 in Babylon, Suffolk, NY, his older sister Edith was born May 1878. In the 1900 Federal Census they were living with their father, Sherman Tweedy, 60, a widower, and siblings, Charles B. 26, Louise 20, Harry 18 and James 16. In addition to the Tweedy family there were 5 boarders and 7 servants.
Sherman Tweedy was the proprietor of the Sherman House in Babylon, a summer resort claiming "permanent and transient guests accommodated on reasonable terms. Special accommodations for families by the day or week. Stages to and from the depot, and to any part of the village, and vicinity. Horses and carriages to let on reasonable charges." (The Brooklyn Magazine April 1888)
By 1910 Edith was married to William A. Robbins, a dentist in Madison, NJ. They had two children, Stuart H. age 3 and Harriet E. 1-1/2. Another daughter, Caroline, was born in 1915. The family lived on Hillcrest Road.
In 1917, Forest was 25 years old, single, and a self-employed banker at 128 Broadway, NYC. In 1942, he was 49 years old, living with his sister Edith Robbins in Madison, NJ. He was unemployed at the time. Forest died in 1961, his sister Edith in 1952. 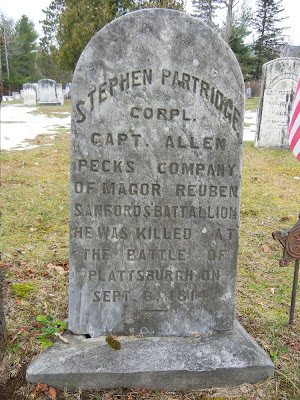 Pleasant View Cemetery, Wilmington, NY
This gravestone was broken when I first photographed it in September 2010. Thanks to a descendant, it has since been set upright. In an email to me, he wrote, "I am still looking for his elusive wife, Lois Wheeler (b. abt 1783 in Rochester, Windsor, Vermont).  After becoming a widow, she supposedly married William Jones and had two daughters named "Liza" and "Cynthia".
Posted by Barbara at 10:31 AM 2 comments: